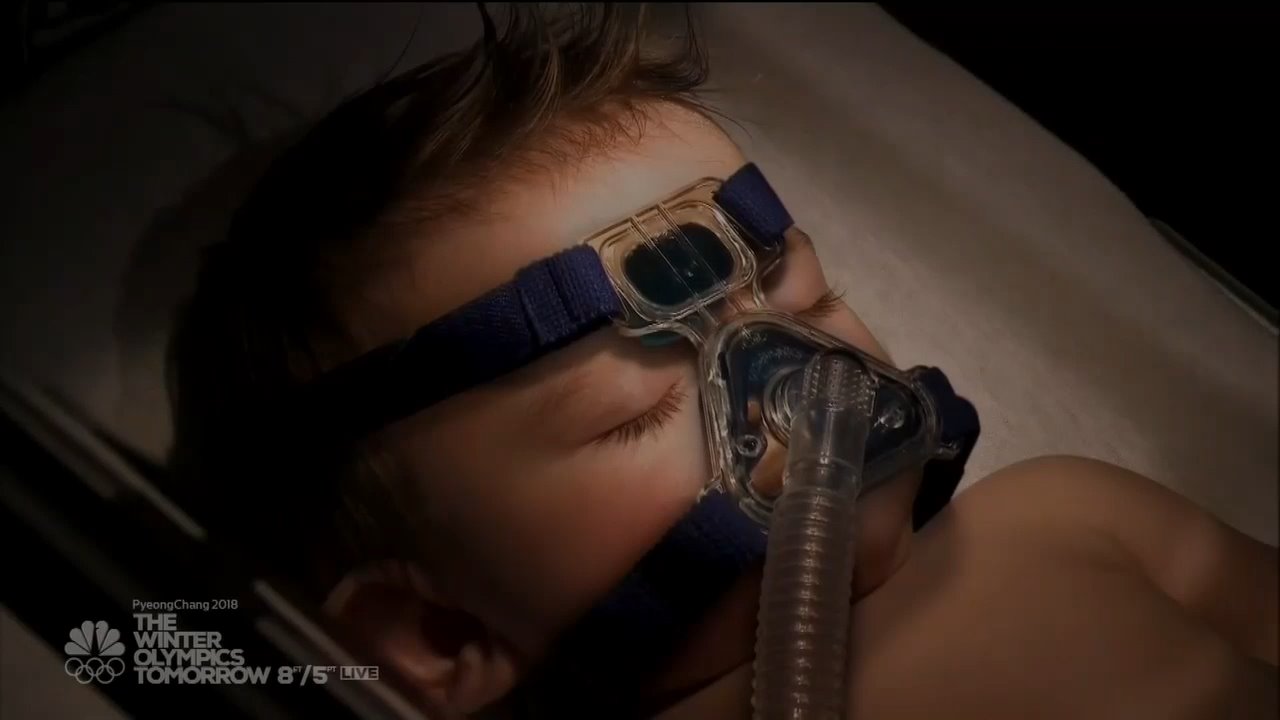 The February 7 episode “The Undiscovered Country” introduces us to a case where a man named Aaron (Joe Tapper) kidnaps his infant son, Drew, from his wife, Maggie (Abigail Hawk). After locating the man, the NYPD precinct soon discovers a deeper issue between the couple. Their infant son suffers from a condition called mitochondrial DNA depletion syndrome which causes rapid muscle weakness. Eventually, he will be unable to breathe without a machine.

As part of the show’s “ripped from the headlines” style, this episode takes some of its inspiration from the infamous Charlie Gard case. Both situations involve an infant suffering from a rare genetic disorder that develops into a debate over the morality of so-called mercy killing. However, while Charlie's case shone a light on government-run socialized medicine in the U.K. sentencing an infant to death against the wishes of his parents, this story adds the twist of the mother being the one who wants to euthanize her baby. In fact, the U.S. government is the one preventing her from doing this because her husband objects to the act and it has to go through the courts.

She makes her wishes explicitly clear to the detectives upon investigation.

Maggie: It's not like I was going to hold a pillow over his mouth. The doctors have humane ways. We were waiting for a court order.

Amanda: To kill your son.

Maggie: To end his suffering.

Amanda: And you didn't think to tell us about any of this?

Maggie: I wanted you to find him.

Barba: Please, Mrs. Householder, try to see this from our point of view.

Barba: I don't know you well enough to judge.

Maggie: What kind of a mother wants her son to die?

Maggie: Every day that he lives, his pain gets worse.

Barba: And what do the doctors say?

Maggie: That there's nothing they could do. That we can only watch him suffer until-- It is killing us, Mr. Barba. You're a lawyer. I thought that the law was supposed to protect us.

Maggie: But it's hurting him. Day after day.

Aaron: Maggie does. The doctors do. Just wait. You'll see. Judge Wallace P. Rosen. He's gonna order us... to pull the plug. Tell me, Lieutenant. Is there a-- a law out there that-- that entitles Drew to live?

Maggie: It would be so easy if we-- I filed a motion in court to let me. Aaron opposed it, but he agreed to do whatever the judge said.

Barba: Appears that Aaron has changed his mind.

Aaron: What if... they discover something? I mean, it could happen.

Maggie: I am not a horrible person, Mr. Barba. If it wasn't the only thing to do... His doctors say that he has no brain activity. He is a lump of flesh. My beautiful lump of flesh, he should get the peace that we all deserve. He can't see. He can't hear. I mean, go. Go look at him. He is all but dead already.

"A lump of flesh." That's how this human life is described. Similar to how an unborn baby is written off as "a clump of cells." Meanwhile, they have no explanation for how a "lump of flesh" with no brain activity, that can't see or hear, and is all but dead already somehow is in worse pain and suffering every day. Even if this baby somehow has no senses or human functions except for feeling pain, the doctors should be giving him medicine that alleviates any and all suffering, if they are not that is inhumane medical malpractice.

If you think an episode can’t get worse beyond a mother advocating for the death of her child, brace yourself. As Maggie tearfully looks upon her son in the hospital, she confides in ADA Rafael Barba (Raúl Esparza) that she was warned about her son’s potential condition when she was five months pregnant. Back then, her husband, for some reason took the opposite side and suggested aborting their son, but she decided to take the chance of her son being healthy against doctors’ predictions. Now she mourns that “I did the righteous thing, and my baby has to do all of the suffering.” It’s strange how in the midst of this heartbreaking family tragedy we have time to drag pro-life mentality. Apparently, even with one in 10 million conditions, people can always find a way to blame people who refuse abortion.

But it still gets worse. Once Barba has a minute alone with the baby, he gives a brief sign of the cross and turns off Drew’s life support himself! That’s right, a professional lawyer knowingly and willingly takes it upon himself to kill a barely year-old baby. Make no mistake about it, Barba declares boldly to Lieutenant Olivia Benson (Mariska Hargitay) that he “had no option.” I guess consulting a doctor, waiting for the court order, removing himself from the case, or just generally NOT killing someone don’t qualify as options anymore. And here I thought I didn’t identify as “pro-choice.”

We are left to wonder how much Barba's impromptu decision to pull the plug hurt the infant. We are told Drew was already in pain and suffering, how much more pain and suffering was inflicted on him when the machines suddenly turned off and he could no longer breathe?

The rest of the episode follows the case against Barba for killing baby Drew. Barba’s lawyer argues “that once the government takes away our right to die, it takes away our right to live” to defend Barba’s actions while the opposition lawyer Peter Stone (Philip Winchester) argues the fact that Barba played God and killed a child. It boggles the mind that there is a case at all, but considering the previous episode’s awful court job, we should just be thankful they’re arguing it at all.

Sadly, that argument continues to boil down to defending the murder of a baby because Barba is a "decent man."

Olivia: Have you spoken to Rafael Barba?

Olivia: Look, forget the law for a minute. Look into his eyes, talk to him. That man lives in a place that the men who wrote the law don't even think about.

Peter: Well, down here amongst us mere mortals, he's a Class A felon.

Olivia: You don't have kids, do you?

Olivia: Yeah, well, their pain is your pain. Rafael knows that.

Peter: Look, I know exactly why he did what he did. And I understand completely.

Peter: So if we as a society ignore it, we are saying that murder is no longer absolutely wrong. Condoning it in one case would allow us to condone it in any case, and that would be capricious.

Olivia: I'm talking about a decent man who did a decent thing.

Peter: They shoot horses, Lieutenant, not people. What if little Drew didn't have MDDs? What if he had Down Syndrome? Or Leukemia? Or a sore throat? What if he didn't have physical pain at all? What if he was just unhappy?

Olivia: That's the thing about you lawyers. You're always talking about the reasonable man. Let me tell you something. You wouldn't know a reasonable man if he fell out of the sky and he landed at your feet.

What’s worse is that Peter’s slippery slope argument is not only likely but currently happening. Of course we know that countries like Iceland are eliminating those with Down Syndrome before they have a chance to take a breath, in Belgium, 124 of the 3,950 euthanasia cases from 2014-2015 involved people with a “mental and behavioral disorder.” Once we lose respect for the lives of our most vulnerable citizens, it’s only a matter of time before we lose it for our most “undesirable” citizens.

Like last week’s case, justice is most certainly not served, and Barba shockingly comes away with a not guilty verdict. He’s just a “decent man who did a decent thing,” cursed by the fact that he was willing to kill a baby to end his suffering. Or, rather, that’s what Law & Order: SVU wants us to believe.

Let me just say, I have nothing but sympathy for families dealing with this kind of tragedy or any difficulties regarding terminal illness. In these scenarios, there are no easy answers. That being said, euthanasia, especially for an infant, should not be considered even remotely “decent.” Choosing it over palliative care undermines the development of other more life-affirming pain-management techniques and promotes a dangerously casual perspective of human life. We are better as a species, and it’s high time our shows reflected that, too.