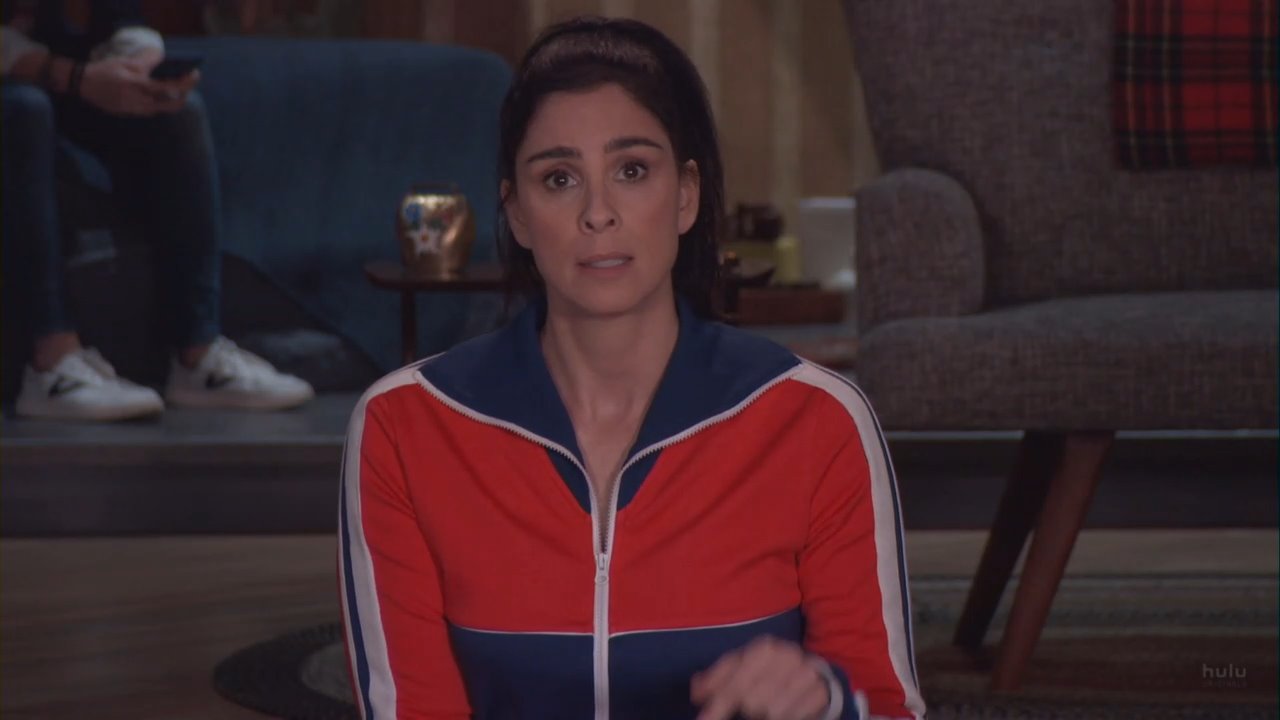 Sarah Silverman’s I Love You, America has become indistinguishable from every liberal news panel or late-night talk show out there nowadays. Case in point, the October 4 episode delivers almost a half-hour of the same tired, debunked, and all-around irritating talking points surrounding the Kavanaugh hearings. It looks like she’s running out of unique ideas.

Exactly how far has Sarah gone in her derangement regarding Supreme Court nominee Brett Kavanaugh? She forgoes the jokes and directly pleads with senators to vote against him in the next few days. This is how she decides to get the entire episode started.

Sarah: Senators, please believe me when I say, this is no longer a job interview. This is a line in the sand. And you have to pick a side. And the side is no longer Republican or Democrat. Your vote is a statement, and that statement is either “Hell, no, this is not okay, this is not who we are,” or it’s telling every woman, every girl, every boy, every person that what happens to woman’s bodies does not matter, that women’s truths do not matter, that you get yourself sexually assaulted and if you have the nerve to come forward with it, it is a mistake, and the President of the fucking United States will mock you for it, will laugh at you.

Believe me when I call it derangement. She goes as far as to disparage Kavanaugh for speaking over Sen. Dianne Feinstein, claiming that “yelling over a woman is the socially acceptable equivalent of putting a hand over her mouth.” Defending yourself against false and demeaning allegations is now equivalent to assault in her mind. She seems incapable of even considering that Kavanaugh could be innocent and is openly shaming anyone who thinks he is. Her disdain for Kavanaugh almost rivals Trump at this point. I’ll save you from some of those details. If you watch MSNBC, you already know what she’ll say.

In fact, she seems to have a low opinion of white men in general. During her monologue, she bemoans “old white male politics” that keeps defending Kavanaugh and a desire for “finally putting a pillow over their face and ending it.” Considering white male Jeff Flake is responsible for the FBI investigation halting Kavanuagh’s confirmation, perhaps she shouldn’t start casting stones. She also spotlights the black female voting group Woke Vote for saving Alabama from electing Roy Moore.

Finally, she ends the episode by speaking with labor union executive director Ai-jen Poo who was present at the Kavanaugh hearings. Just like Sarah, Ai-jen describes protesting Kavanaugh’s hearings as a fight for “the soul of our country” for the benefit of women. If there was one thing I would desperately want to change in this episode, it’s Sarah and her guests’ insistence that they speak for all women. At this point, Sen. Lindsey Graham speaks more for me than she ever will.

I’m going to let you in on a little secret only we regular people know, Sarah. Nothing you have said in this half-hour is new. We have heard every single one of your complaints against old white men on the news before. We have heard the blind support for accusers at the expense of evidence and due process for the last several weeks.

We have already heard every single fear-mongering tactic against Republicans with regards to Brett Kavanaugh. Everyone who believes as you do has always believed that way, and everyone who doesn’t, will not suddenly change because of your plea. There is nothing you can say that will scare or shame us into believing something without evidence. Those of us making the statement, “Hell, no, this is not okay, this is not who we are,” are supporting Brett Kavanaugh.