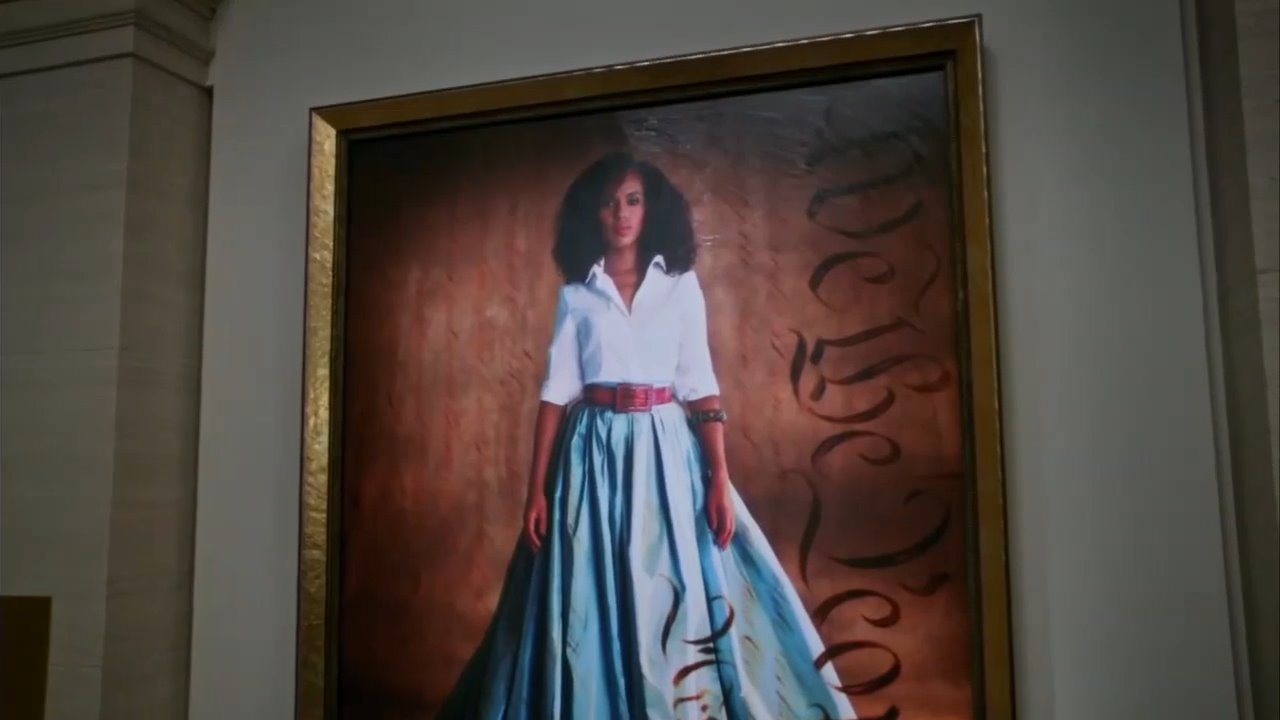 After seven seasons, ABC’s Scandal has finally aired its last episode. Over the course of 124 episodes, the Shonda Rhimes-produced series has pretty much covered every aspect of the liberal agenda. However, as the finale proves, there’s always time to squeeze in a little more, especially when it comes to knocking white male privilege and promoting gun control. I guess it’s better to go out with an insufferable bang than with an annoying whimper.

The April 19 finale “Over a Cliff” has the Gladiators facing the threat of life in prison after Olivia Pope (Kerry Washington) revealed the existence of B613, a secret CIA-type organization that has been quietly and brutally running the government behind the scenes for decades.

Olivia’s father Rowan (Joe Morton) testifies before the Congressional committee about his own leadership role in B613. While he may have done terrible things in the past, he acknowledges the real perpetrators were, of course, white men.

Reston: So, as this Command, you testify that you, and you alone, were responsible for the organization known as B613?

Reston: Forgive me, but I'm confused.

Rowan: I said that I created B613. I built it with my own two hands, my own sweat, my own blood, but I did so in response to a need. I did so because of you.

Reston: Because of me?

Rowan: Well...uh...all of...you. The ones in charge. The masters of the universe. White men whose complacency, whose privilege left this country, this republic in a state of neglect. You are all children who did not appreciate their toys, who left them out in the rain to molder, to decay. I was not born with your privilege. I was taught to respect the things that I had, to care for them, to nurture them, which I have done for the past 30 years.

Reston: Nurture through terrorist activity, through election rigging, through assassination of foreign leaders?

Rowan: Yes. Senator, you asked if I alone was responsible for B613. I was not. You bear that responsibility with your privilege. What I am responsible for is every decision to go to war, every President sitting in office, every soldier brought home in a casket, every citizen who sleeps free and easy in their beds. I kept the stock market afloat -- the dollar where it needs to be -- our shores at peace. I am responsible for the fact that this nation still stands. I wake up every morning and I make America great. That is my legacy.

Reston: You sound as though you expect a parade in your honor.

Rowan: A parade? I want my face on Mount Rushmore, I want a statue that would dwarf the Washington Monument, and I want my name on the lips and hearts of every patriot, every American citizen from sea to shining sea. I want to see with my own eyes the face of every white, complacent, privileged man who believes that he is in a position of power when he hears the news that a black man has been running this country for the past 30 years, that he only wields his power because my black power allows him to. God bless America, right?

Rowan declares himself to be on par or better than the men who founded the nation and any of the people since elected to office. He berates the “white men” before him who failed the republic with their "privilege" and left him, the superior one, to fix it. He emphasizes that he is the one who "[made] America great" with his "black power." This moment has absolutely no argument or further explanation. Just another case of yelling that privileged white people have failed the country, black people are automatically better because of it, and don’t even think about fighting that, you racist.

Race issues have always been endemic in the show, whether in the background or foreground. Rowan yells at his daughter Olivia for testifying against B613, telling her she's acting like a "slave ... to fix massa's problem." At the end of the series, a picture of Olivia herself (see above) is shown in the National Portrait Gallery inspiring 2 young black girls for the future. Race is clearly a strong theme, and anyone who questions it might as well be one of those privileged white men Rowan rants to under oath. 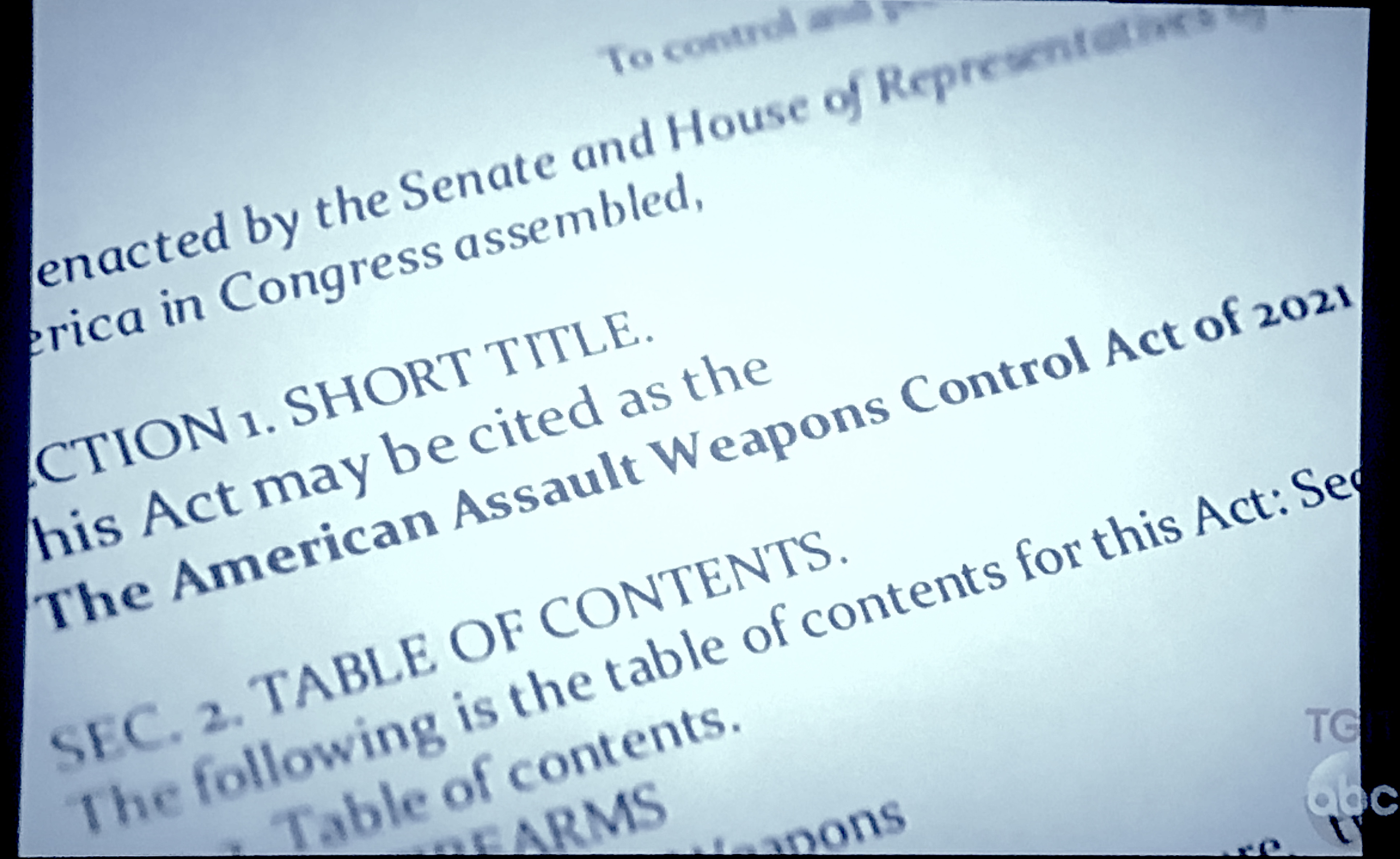 In exchange for recruiting Special Prosecutor Lonnie Mencken (Michael O’Neill) to their side, Olivia promises to have President Mellie Grant (Bellamy Young) sign off on a gun control bill, the one issue he said she failed on as a “progressive” Republican. After Lonnie shoots himself for the cause, the series honors his fight by showing Mellie sign off on a new gun bill in one of the final shots of the show. There goes the last fig leaf of any policy remotely resembling Republican values on this show supposedly about the inner workings of two Republican administrations.

The fact that a gun control bill has already been signed on the show only illuminates the real priorities. They don't care that we’ve done this dance and "solved" gun violence before, only that the anti-gun message is pushed one final time.

And that is how Scandal will likely be remembered. Even on its final legs, it kept pushing its far-left agenda as gospel to its viewers while never imagining that someone - even a Republican - could disagree. While this is far from the last example of bias on television today, at least this scandalous chapter can come to a close.