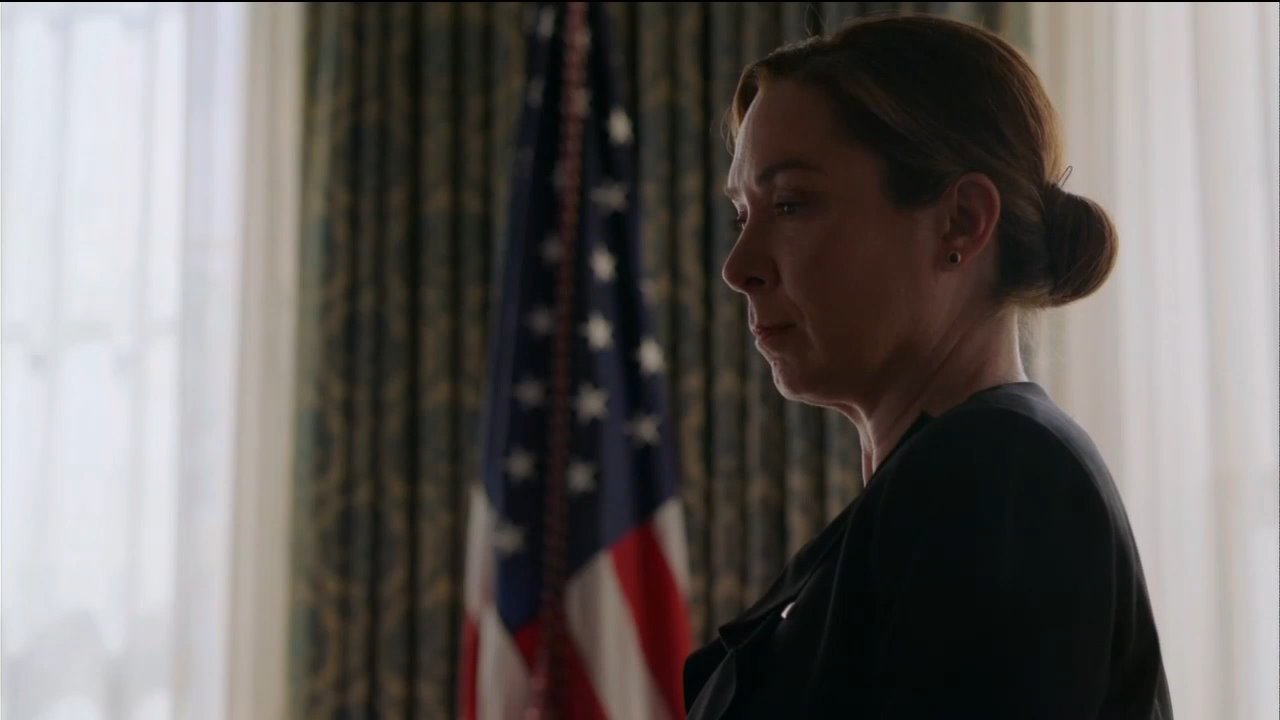 Showtime’s Homeland has already shown how they're relating the show to the Trump administration this season. Now they've show their true colors by finally reaching the end goal: invoking the 25th Amendment. Yes, I’m sure that forcibly removing the first female president will definitely show President Trump a thing or two.

The April 15 episode “Clarity” comes after a continuous investigation into Russian interference within the nation, which likely includes a member of Congress. Because President Elizabeth Keane (Elizabeth Marvel) is becoming more and more paranoid in silencing her opposition, some members of Congress and even her own Cabinet begin drafting an invocation of the 25th Amendment to officially take her out of power.

In her paranoid state, Keane worsens her image by planning to fire almost a third of her Cabinet for being disloyal to her in a move her advisors call constitutional but “unprecedented,” mirroring the media’s reactions to Trump’s actions with his Cabinet.

From this conflict, Keane’s vice president Warner (Beau Bridges) meets with her saying he won't sign the 25th Amendment document if she restrains her behavior.

Warner: Power without authority is tyranny. That's the line I'm trying to keep you from crossing.

Keane: What assurance can you give me that if I rescind the firings, you won't just go ahead and sign the document anyway?

Warner: I guess you'll just have to trust me.

Keane: When you're one signature away from sitting at this desk? After you ignored my phone calls knowing full well -what I was going through?

Warner: I needed the time, I needed - time, I knew you wouldn't allow without browbeating me somehow into pledging my loyalty.

Keane: Which, now, all of a sudden, you're willing to do.

Warner: In good faith, as long as you do the right thing.

Warner: I'm defining the limits of my support. There's a difference.

Keane: Without a majority of the Cabinet, which you do not have, as of now, that document is invalid. You are pointing an empty gun at my head.

Warner: Before I came here, I spoke to three separate lawyers. Each one confirmed that firing close to a third of your Cabinet under these circumstances is probably unconstitutional.

Keane: The answer is no.

Warner: Then you leave me no choice but to deliver to the President pro tempore of the Senate and the Speaker of the House a document declaring you unfit for the Office of the Presidency.

I’m sure that Homeland wants to seem so insightful with the line “power without authority is tyranny,” but there are several holes in this plot. The more we keep going with this season, the more it seems like the show wants to play things both ways. They want to show the first female president saddled as the victim of a Russian plot, but they also want to see a tyrannical Trump-like figure be punished for being a fascist. The show’s desire to take down Trump is so strong that they’d risk impeaching their pseudo-Hillary Clinton.

This isn’t even the first show this year to depict the use of the 25th Amendment to oust a democratically-elected president, it wasn't even the first show of the day to have fantasies of removing Trump from office. Hollywood seems to believe that if it can repeat an idea long enough, it will come true in real life. Trump Derangement Syndrome has grown so unstable that it’s hard for them to deal with reality, they have to make things up in their little progressive bubble. It must be torturous being a liberal.