As predicted, Showtime’s Homeland continues its practice of pretending right-wingers are behind all forms of fake news with a new added twist. This time, the slew of obviously faked news comes with a mob of angry ill-informed protestors reacting badly to it. Where have we seen that before? 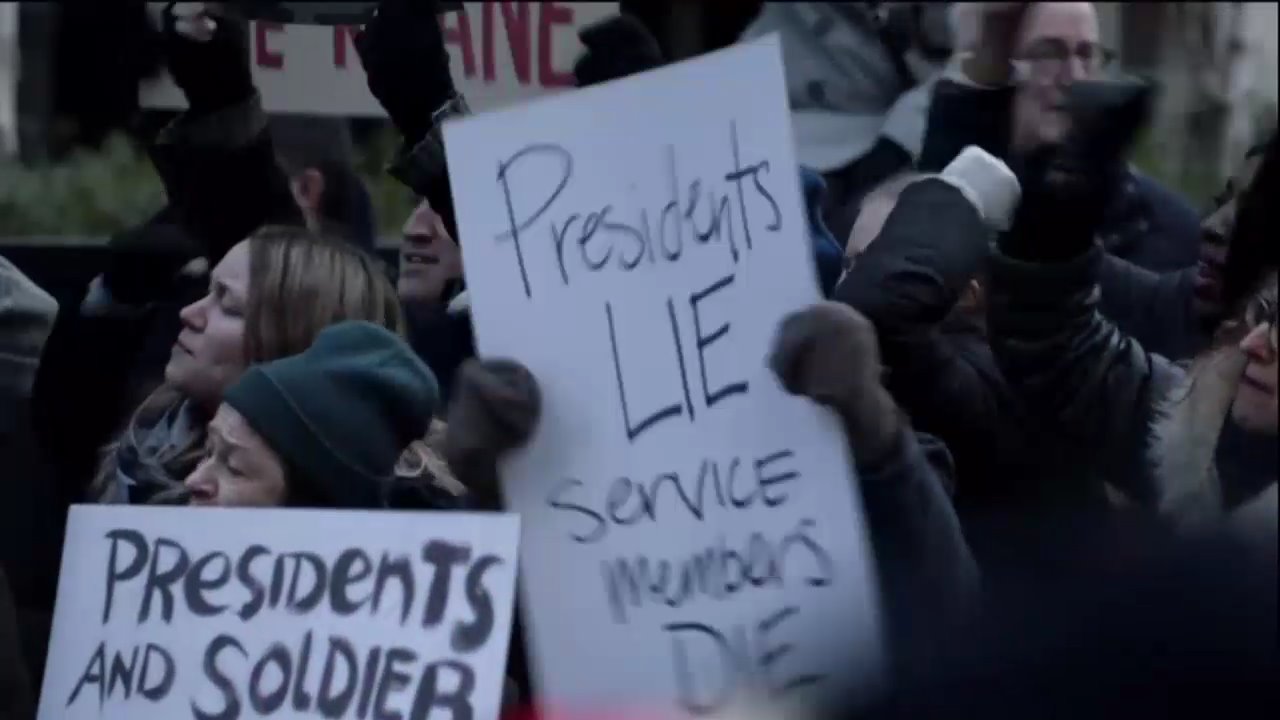 On the April 2 episode “R is for Romeo,” President-Elect Keane (Elizabeth Marvel) deals with the aftermath of the fake video produced by the Alex Jones parody Brett O’Keefe (Jake Weber) that depicts her son as a deserter in the field. To try and save face, she agrees to an interview on O’Keefe’s show where the brave female president-elect confronts bold-faced lies from a right-wing media figure and his army of fake users. The whole idea reeks of a liberal dream, but the real effect comes from the crowds of aggravated protestors who later surround her building.

Agent: The -- The protest has grown in front of the hotel. We can go in the back.

Keane: No, the front.

Agent: Big Apple is coming in.

[All chanting "Not my president!"] ♪ Dramatic music plays ♪

Agent: Fifteen seconds, ma'am. Once we stop, we move fast.

Again, this wouldn’t be nearly as big of an issue to me if they didn’t borrow so much from the left side of the field in these scenes, down to the #NotMyPresident signs. The show couldn’t have predicted the more shocking twist of the November 8th election at the time, but they seemed certain on the concept of angry and violent right-wing backlash. It’s unfortunate that they can’t seem to come up with any right-wing scandal on their own.