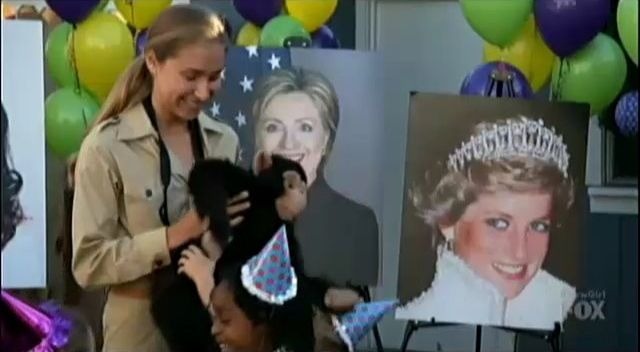 April 10 is recognized as Equal Pay Day by online feminists, despite the fact that equal pay was achieved in the United States more than five decades ago. No matter, since logic and reason hasn’t stopped feminism yet. The season 7 premiere of Fox’s New Girl emphasizes that perfectly by throwing a empowering women-themed birthday party…for a three-year-old.

The April 10 premiere “About Three Years Later” takes place, as the title implies, approximately three years after the previous season. Since that time, married couple Schmidt (Max Greenfield) and Cece (Hannah Simone) have begun raising a daughter named Ruth (after Ruth Bader Ginsburg) who is now celebrating her third birthday. After two previous party failures, the pair finally believes they have the perfect idea.

Schmidt: Well, Ruth asked for Wonder Woman, so I ran with it, because this party has got to be perfect.

If there is one place that should clearly remain apolitical, it should be a child’s birthday party. Just another unfriendly reminder that people are never too young to be indoctrinated into the church of feminism. Oddly enough, that’s never really funny. It's also left unexplained why Schmidt, a known Republican, is now pushing liberal feminist party themes.

What's better is a side plot involving Winston (Lamorne Morris) and his now-wife Aly (Nasim Pedrad) dealing with Aly’s pregnancy. Although she initially feels constricted being seven months pregnant, Aly quickly changes her tune upon sorting through the pictures from their pregnancy photo shoot.

Winston: Baby, they're all my favorite. Why can't you see that you being pregnant has made you more beautiful than ever?

Aly: You know what? Fine. I'll pick one, okay? Oh, my God. I am beautiful. Mother Earth. Creator. Giver of life.

Winston: Give that life.

Aly: I'm a walking miracle with magic inside.

Winston: Well, I mean, it happens to a lot of people, so it's not really a miracle, but I get it.

Aly: Look at that body. And there's a human inside of it?

Aly: Why have you been so casual about that? This is crazy, babe. W-what are you doing just sitting there? Get a chair. Help me get off my feet. I've got the beginning of our family in here.

Winston: Baby, can I get you anything? Anything at all?

Pregnancy is nothing short than a small miracle, but what’s a bigger miracle is seeing a mainstream show acknowledging there is a human inside a woman's body. That’s the kind of empowering image I hope we can see of women in the future. It’ll go a lot further than infiltrating birthday parties.