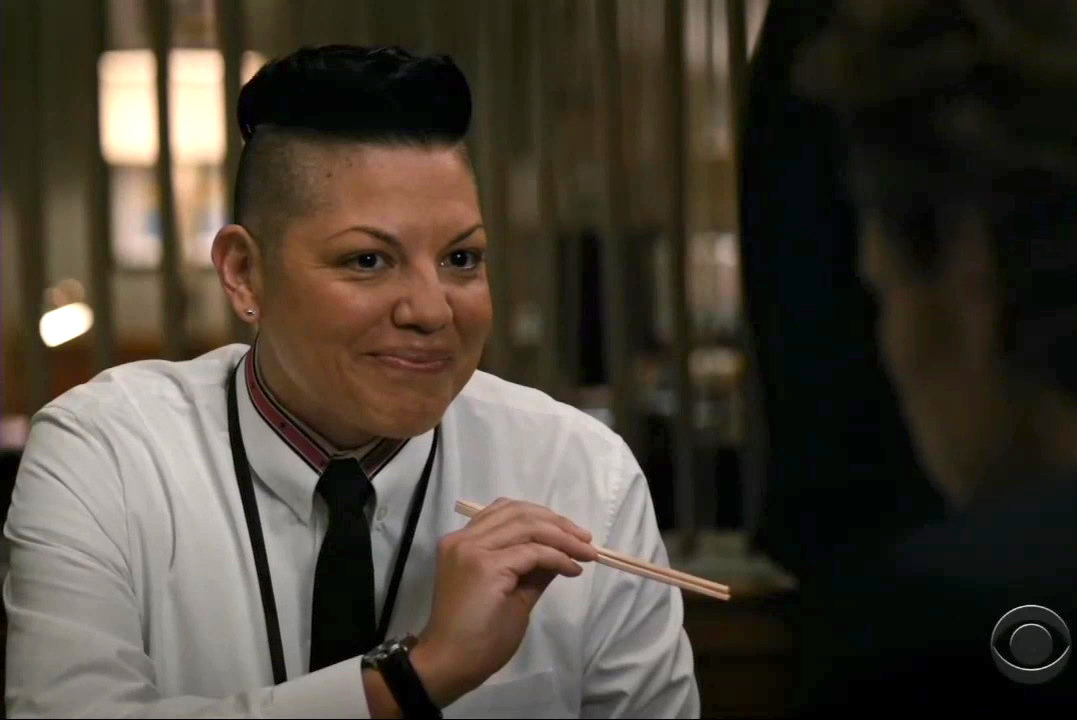 CBS’s Madam Secretary would like to interrupt its usual liberal pandering for ... even more liberal pandering. While this season has hammered down on refugees, government employees, and even removing the president from office, now the show is super serious on the subject of a new character’s sexuality.

The March 18 episode “Refuge” involves the administration discovering a raid and the illegal arrest of members of an LGBTQ nightclub in Abhkazia. Although homosexuality is legal in the country, the leader is apparently approving of the harsh treatment, claiming boldly that there are “no gays” in his nation. With this harsh human rights violation, Secretary of State Elizabeth McCord (Téa Leoni) attempts to plan a way to provide refuge for the LGBTQ citizens at the behest of her new advisor Kat Sandoval (Sara Ramirez).

Why is Kat so personally involved in this scenario? Because, like the actress who plays her, she is boldly “bisexual and queer” and even raising a child with no discernable pronouns. In this highly promoted episode, she even explains her lifestyle to Chief of Staff Jay (Sebastian Arcelus) as they plan to help the refugees.

Jay: I just... I assumed, that with the refugees, it was personal.

Kat: It is. I'm bisexual. Uh, you can also say pansexual, or-or fluid, or non-monosexual, but, uh, yeah, I'm queer.

Jay: Okay. Okay. I know I'm wandering into foot in mouth territory here, but queer is really-- sorry-- is really just about... it's about worldview, right? Or is it more sexual preference?

Kat: Um... you know, I think it means different things to different people. But for me, it's about the freedom to live my gender identity, and expression, as well as my sexual orientation.

Kat: Feminine? You can say it.

Kat: And sometimes... it felt like a costume I had to wear in order to survive, and gain access.

Kat: So, now I don't have to fit in to play the game. I make my own rules, and number one is being my authentic self. Somehow, becoming a parent only made it feel more vital, you know?

Jay: Having Chloe was, like, a total reboot for me.

Kat: It's amazing how it affects you, right? From the first moment I met Desi, this precious little spirit looking right into me...living my truth became nonnegotiable. 'Cause I want Desi to live Desi's truth.

It’s worth noting that, despite all this buildup and emotional nonsense, Kat and Jay’s plan fails. They covertly engage with Kurdish smugglers to help move the LGBTQ refugees only to be confronted by Turkish forces furious that the United States was consorting with their enemies for political action. The effort to release the captured refugees then leads to greater consequences down the line for the United States for not only interfering with another country’s sovereignty but constructing questionable alliances.

But what are the lives of thousands of people compared to teaching an American audience what the term “queer” means? Apparently in this show, very little.

Even though this is 2018, liberal media still considers shows that have homosexual/bisexual characters revolutionary. Huffington Post and New York Daily News alone hyped up this episode even though it essentially amounts to a PSA on how to talk to a "queer" person. There is nothing coming from this scene that we didn’t get from dozens of activists before and less obnoxiously (if that’s possible anymore).

That doesn’t stop Madam Secretary from being just as self-congratulatory as any other liberal think piece. According to TVLine, the writers specifically worked with an executive director at the gay organization OutRight Action International as well as Sara Ramirez herself to craft the episode. Ramirez describes this “teachable moment” as “important for me to tell stories that are reflective of the lived experience and the communities that I’m a part of,” noting that when it came to Jay, “Kat did what many bisexual plus people have to do, and that is to come out and correct those assumptions.”

Ramirez was even proud that "she didn’t gender her child with a pronoun in that scene."

The only problem is that this isn’t simply teaching. It’s lecturing and indoctrinating. Even the actress seems to admit that the scene is mostly about telling a majority-heterosexual population that they’re wrong for not knowing the politically correct sexuality terms of the day. We’re wrong for assuming that a woman is a woman, and we constantly need re-education from the liberal elites. That is the only lesson I gained from this very special episode of Madam Secretary.