Let the record show that after more than two seasons, CW’s Supergirl has not only lost the art of subtlety but consistency as well. The latest episode gives us the usual biased drivel covering homosexuality, Mexicans, and, somehow, Trump’s wall. Get ready for some trouble in liberal paradise.

In the October 23 episode “Far From The Tree,” we take part in the bridal shower for Supergirl's lesbian sister Alex (Chyler Leigh) and Maggie (Floriana Lima) where Maggie makes contact with her estranged Mexican immigrant father. You see, Maggie’s father, Rodas (Carlos Bernard), being like every other father of a lesbian woman in a drama, kicked her out of his home when she was fourteen, and now they attempt to reconcile after years of separation. Unfortunately, he still struggles to accept his daughter’s lifestyle and storms out of the shower, leading to this surprising confrontation.

Maggie: You're just gonna walk out? After all this time, that's it?

Maggie: Can't do what? Tell me, please. What exactly have I done that is so offensive to you?

Rodas: You spit in my face.

Maggie: I spit in your face? For loving somebody. I can't, I don't understand. I don't get it.

Rodas: I came to this country nine years old. At eleven, I was working in a factory.

Rodas: Do you? Do you know I was the only Mexicano working alongside a bunch of white boys? Do you know that they would wait for me at night by the road, and laugh and call me wetback, and kick me till my ribs were broken?

Maggie: Dad what does this have to do—

Rodas: With you being a lesbian? I worked... to win their respect. Those same boys, when they grew up, elected me their sheriff. I endured for my children... so that you would never have to face that kind of hatred. So that you would belong.

Maggie: I am accepted for who I am. The world is different now.

Rodas: [Laughs sarcastically] They're building a wall to keep us out because in their minds, we are nothing but rapists and murderers. The only thing they hate more than a Mexicano is a homosexual. The world is not different, my dear. Look. You can live any way you please. But don't ask me to witness it. 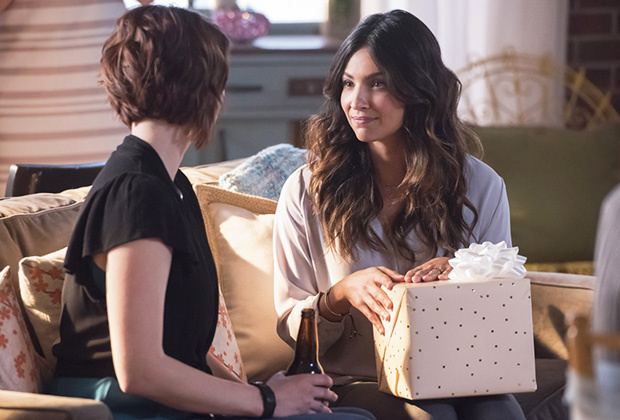 Ouch, and here I thought things couldn’t be better with Lynda Carter as their president. Yeah, you can’t have it both ways, Supergirl. You can’t lecture us about how great and fantastic the world is with a Hillary Clinton-stand-in as a leader while at the same time lecturing us about how awful the country is under Trump. And you especially can’t do that within three episodes of each other. It’s not only an obnoxious double dose of liberal arrogance but inconsistent as well. Even you should be better than that.

But we know the drill by now. Homosexual people are mistreated in America. Mexican immigrants are mistreated in America. Even bigoted Mexicans can be blamed on America, that’s how bad we are. In the end, Maggie gives an inspirational speech about how she doesn’t need her father’s approval, which would be revolutionary if this were 2008. By the time we’re done, there is no lesson I couldn’t get for cheaper on Buzzfeed.

Also, as a bonus, the opening monologue to Supergirl now includes the painfully on-the-nose statement confirming how Supergirl herself is a “refugee” on the planet Earth. Now, we’ll receive a little piece of propaganda shoved down our throats to begin every hour. This season just seems to be getting worse and worse already.