Netflix Series 'Master of None' Viciously Attacks Clarence Thomas: 'F*** His A**' 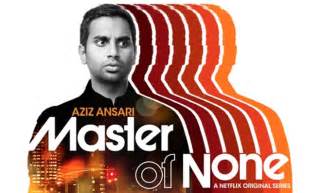 Aziz Ansari’s Netflix show Master of None returned for a second season on May 12, which means another chance to sneer at conservative culture and white people. This time, among other sins, the worst of the worst centers on Supreme Court Justice Clarence Thomas.

That moment in particular comes in episode 8, “Thanksgiving,” which flashes back to past Thanksgiving dinners with Denise’s (Lena Waithe) family. During a meal in 1995, the family talks about what else but the O.J. Simpson trial. In the short scene, they immediately reject any idea that O.J. could be guilty because being black equals he was framed. The same, of course, does not apply to Supreme Court Justice Clarence Thomas and this double standard is exposed in the most disgusting language.

Aunt: God is able, Jesus wept – can we please talk about O.J.?

Grandma: I don’t know what we’re going to talk about, he didn’t do it.

Denise: What about all that blood? How you know, grandma?

Mom: Oooh, if Nicole was black we wouldn’t even be talking about this.

Aunt: They are always trying to take down our black icons. Look at Michael – I still don’t believe he touched them kids.

Mom: Anytime these folks see a black man coming up in the world making himself enough money to be able to get himself a white woman, they try to frame him.

Denise: What about Clarence Thomas?

This comes directly after a conversation where Denise’s mother and aunt mention how minorities “have to work twice as hard in life to get half as far,” but I guess one of the highest positions in government doesn’t count as an achievement. So a man accused of murder and a questionable celebrity can be “black icons” but not a member of the Supreme Court? To paraphrase their conversation, if Clarence Thomas was a liberal, we wouldn’t even be talking about this.

The outright bias continues with a 2015 Thanksgiving flashback where the family discusses Sandra Bland, the 28-year-old black woman who hung herself in a Texas jail after being arrested during a traffic violation altercation. Black Lives Matter activists push the conspiracy theory that she did not commit suicide, but was murdered.

Denise: See, that’s the thing about Sandra Bland, you know, she reminds me so much of myself. She was woke, she was confident, she didn’t take no shit. The scary thing is, that’s what got her killed.

Mom: If Sandra was white, we wouldn’t even be having this conversation.

Denise: You got that right.

Grandma: That’s why I keep telling y’all, if the police pull you over, just nod your head and shut the fuck up.

Denise: Yo, Dev, what about the Indian grandpa?

Dev: Oh, yeah, it’s big on the Indian people email chains I’m on. So apparently there was this Indian grandpa in Alabama and he was walking around his neighborhood and some lady called the cops and said, ‘There’s some black guy walking around.’ So the cops are like, ‘We’ll look into it.’ They go over there and they try to talk to him and he doesn’t speak English. So he’s confused, he hasn’t done anything wrong, he tries to walk away and the cop just grabs him, slams him down on the ground face first, he’s paralyzed now.

Aunt: Oh my God! I think I know the answer to this question, but did anything happen to the cops?

Dev: Nope, they said it was a justified use of force.

Once again, there is no nuance to the concept, just cops kill or hurt minorities. Yes, that is sure to bridge the gap between them. That’s like expecting police advocates to try and appease people who shout to “fry them like bacon.”

For good measure, the season also gives us this scene in episode 3, "Religion," where Dev (Aziz Ansari) wants to eat pork at a family dinner. He questions the Muslim religion to his highly religious parents when they are upset about it later, leading his father to slam Fox News. But when Dev complains of profiling at airports we find out it's not because of Islamophobia but because he's lost his passport 3 times.

Mom: I can’t believe you did this!

Dev: Well, I’m sorry they’re offended but, you know what, I’m not religious and I don’t think it’s right to pretend to be.

Dad: What do you mean you’re not religious?

Dad: What’s not for you?

Dev: Um, well, there’s definitely issues, what about all the stuff with women?

Dad: What is this, Fox News? Why am I under attack?

Mom: You know we don’t believe that. Some people have bad interpretations.

Dev: Yeah. And you know you guys have your interpretations, right? You don’t eat halal, you used to smoke cigarettes, you don’t wear the hijab. Why can’t I have my interpretation where I’m just nice and I eat pork?

Dev. Look I get it. For you guys, religion has its cultural value. It’s not like that for me. It’s people calling me a terrorist and getting pulled out of airport security lines.

Mom: That’s because you lost your passport three times.

Dev: I lost it twice.

Mom: I don’t want to talk about this anymore, I’m really disappointed in you, I’m going to bed.

I suppose for a show having a lead that’s as anti-Trump as Aziz Ansari, Fox News shouldn’t be too far behind on the insult scale. Master of None certainly toned down some of the outrageousness from its first season, but from this second outing, it looks like that means next to nothing.