On Thursday's episode of ABC's Scandal, “Fates Worse Than Death,” we learn the background of Cyrus Beene’s (Jeff Perry) involvement in the assassination of President-elect Frankie Vargas (Ricardo Chavira). What starts as the show's typical dubious behavior dissolves into every questionable act in the book, but nothing quite as in-your-face as the ongoing gay agenda push. 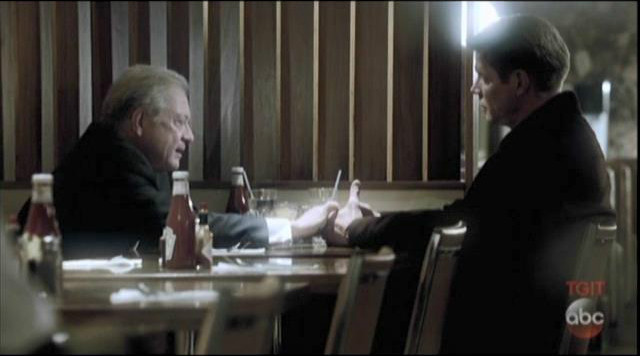 Why insert the gay agenda into a TV series? Well, creator Shonda Rhimes declared in 2012, “Because I believe everyone should get to see themselves reflected on TV. EVERYONE” - note the totes serious all-caps there. From there, it became her ultimate goal to help “normalize” the idea of gay sex to viewers. And that’s the word she used, too: “I have a different word. I call it ‘normalizing.’ I make TV look like the world looks.”

Of course, Shonda Rhimes' world looks a lot different from reality. She obviously overestimates the actual number of gay people, which last I checked was less than 4 percent. I guess that’s expected since she also overestimates people’s desires to watch overt sexual behavior and marital affairs regardless of orientation. Shonda once said that she “look[ed] forward to being censored,” but that’s assuming people need to watch this at all.

And why was there such a gay focus in this episode? Because it tells the story of Cyrus, who is gay and married to a male ex-prostitute, and his complicated involvement with his on-again-off-again lover and henchman Tom Larsen (Brian Lechter). We find out Cyrus cheated on his husband, meeting up and eventually having sex with Tom who he got to threaten a young videographer and potential mistress of Frankie’s. They later get into an argument over Tom’s actions going too far which leads to Tom (supposedly) being behind Frankie’s murder. Yeah, it somehow is worse in context.

Along the way we are subjected to kisses between Cyrus and his two men, a lot of touching, grabbing and caressing, sexual references about Tom "craving" Cyrus and switching positions so "I'm on top now," and Tom shown going down for oral sex, among other things, because it is supposed to be "normal" and "real." Not only does that do nothing substantial for the story, it does nothing decent for the characters. Heck, it does nothing decent for real gay people. Maybe some of them don’t care about being portrayed as cheating, sexualized creeps but they probably should.

But that doesn’t matter to Shonda Rhimes. After all, as she said on Twitter in 2015, “There are no GAY scenes. There are scenes with people in them.” So, I guess that makes them free from any and all criticism for the rest of eternity. Well, that makes my job easier.