Freeform Show on #EqualPayDay: Shame Them to Change Them 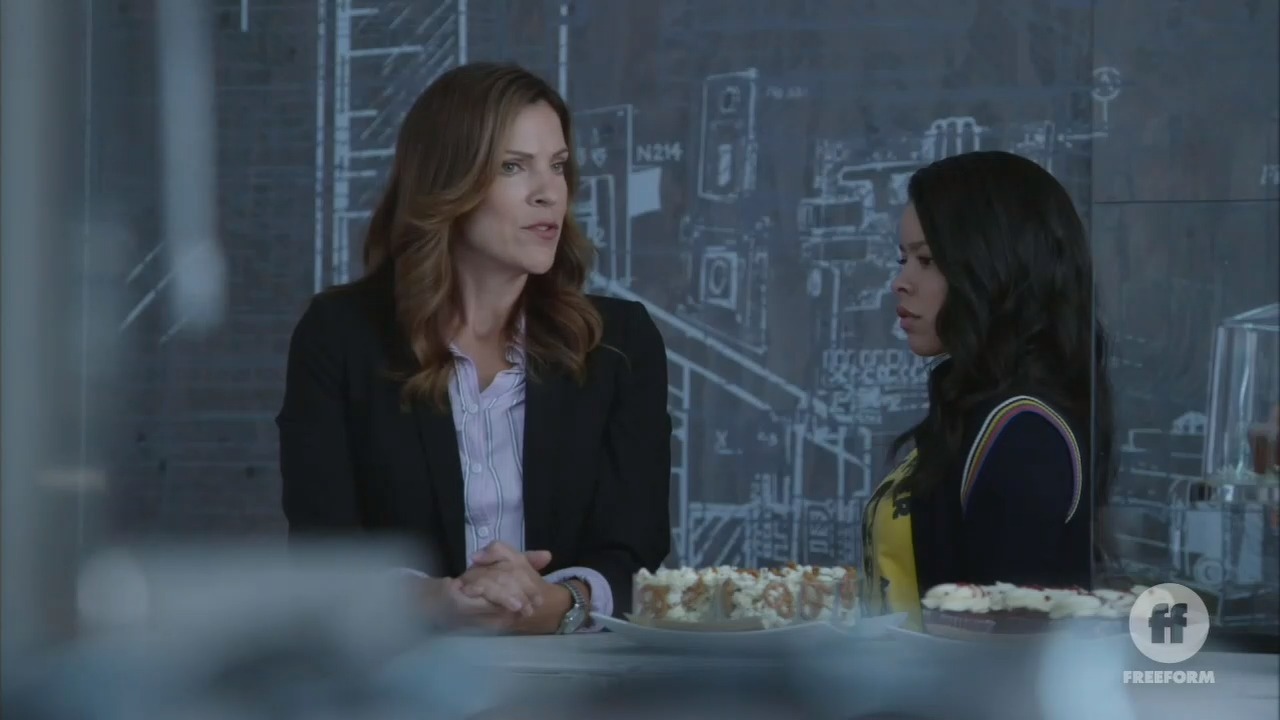 Tuesday was National Equal Pay Day and, in a nod to the liberal trope that there is rampant pay inequity among men and women, Freeform’s Good Trouble brought a young female engineer’s scheme to expose her male bosses online in an effort to even the score to a conclusion.

In the April 2 episode titled “Vitamin C,” Mariana Adams Foster (Cierra Ramirez) is handed the list of salaries in her department at Spekulate, a software development company, by the female head of Human Resources, Angela Miller (Heather Mazur). Angela tells Mariana her plan to publicly shame them to change them as the only way to bring about change in the male culture at the company.

Mariana: How do I know that you aren't setting me up?

Angela: When I took this job, they told me they wanted to change the culture here. But, that was all B.S. The same B.S. I sold you on. I'd quit, but I'm a single mom and I need the paycheck. I gave you that info to you because... the only way to force change around here is to publicly shame them. Please, no one can ever know I gave that to you, or else I will never work anywhere again.

Mariana has to decide between exposing the alleged pay inequity online or just continuing on with developing her idea for an app to organize people to be activists for social causes as the more effective way to bring change to the company.

Soon, though, she begins to think that the company owner, Evan Speck (T.J. Linnard), has an ulterior motive in his expressed interest in her app development (an interest in her sexually) and so she goes ahead and posts the salary information. When Evan’s assistant, Josh, discovers the information online he first tries to fire Angela for allowing such discrimination. When Mariana and the other women soon confess to putting the information online, in a show of support for Angela, Josh tries to fire all of them. Evan steps in at that point and Josh is the one fired.

Mariana soon learns a hard truth. When she tells Evan she's thinking of leaving the company and just developing the app on her own, Evan informs her the app is his company’s property so she stays. Evan does say he was not aware of the pay differences and vows to change it.

Meanwhile, the trial of the police officer who killed Jamal Thompson continues. Callie's friend Malika (Zuri Adele) has organized a Black Lives Matter rally in front of the courthouse and the special guest is an original co-founder of the movement. Patrisse Cullors plays herself and addresses the crowd. She was introduced by Jamal’s mother, Sandra.

Sandra: I want to thank everybody for coming out to support Jamal and my family It is my great honor to introduce one of the co-founders of Black Lives Matter... Patrisse Cullors.
Patrisse: Good morning, and thank you for having me on such a tragic occasion. I want to send my deepest condolences to Jamal's family, friends, and community. Jamal joins a running list of black people killed by law enforcement. We are tired of burying our children.

Later in the show, Malika’s mother dies from a ruptured brain aneurysm. As she comes to grips with the death she reflects on how difficult her mother had it as a single mother working two jobs to make ends meet. Malika tells her brother she now understands her mother’s struggles and why she resorted to using drugs and alcohol to cope in “a world of white supremacy.” Ugh.

The phony equal pay argument is used by liberals to find a solution for a problem that doesn’t really exist. Women and men are sometimes paid differently, but it is for any number of benign reasons. And, in the case of single, childless, young women in the workplace today, they are often out-earning men. There is no single reason and liberals demanding an even playing field at all times are playing women for gullible victims.