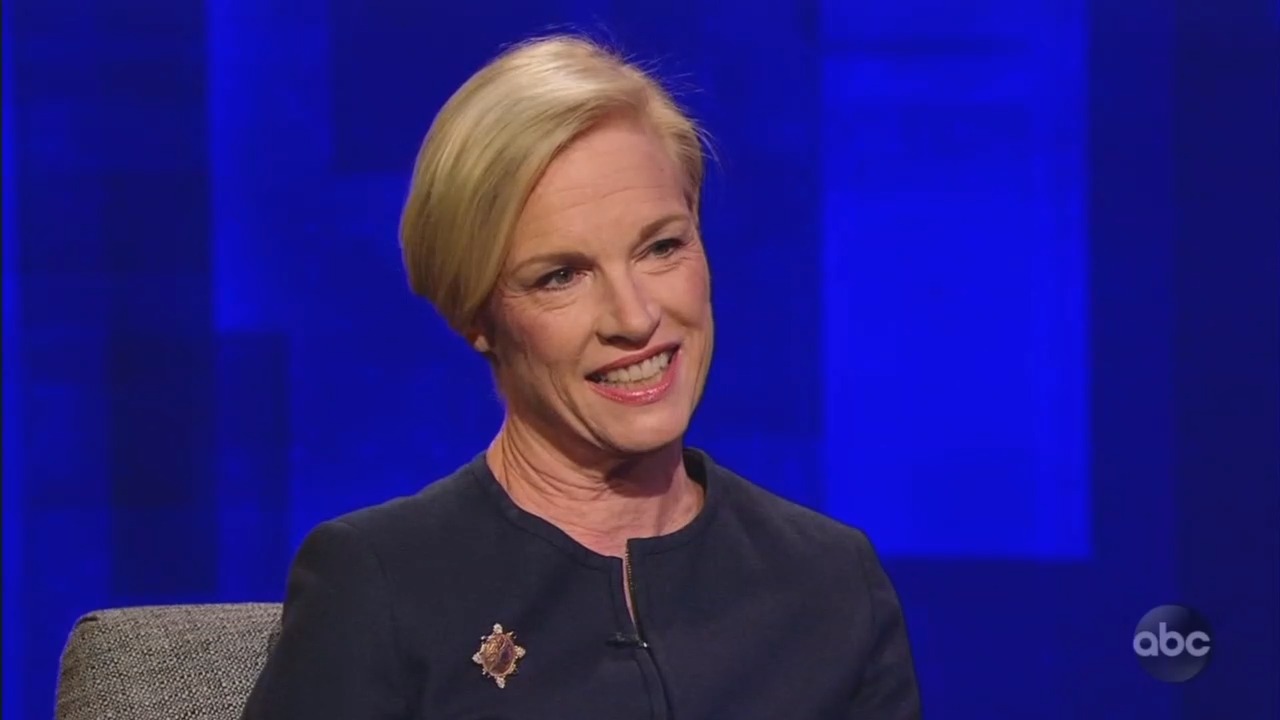 Fortunately for any conservatives tuning into The Alec Baldwin Show on ABC, the interview time with Planned Parenthood’s former president Cecile Richards was quite short, especially compared to the other guest, comedian, and actor, Mike Myers. The Richards interview only lasted about ten minutes of the hour-long show.

The November 4 show provided a venue for Cecile Richards to sing the praises of Planned Parenthood. That’s nothing new for her and after talking about her parents (her mother Ann, now deceased, is a former Texas governor and her father is a civil rights attorney in Austin) she spoke about labor organizing on behalf of the striking janitors at Brown University in her college days before the conversation turned to Planned Parenthood.

It will be no surprise that Richards blames President Trump for trying to defund Planned Parenthood and blamed Speaker of the House Paul Ryan for trying to defund birth control, too. Boasting that one in five women have been to Planned Parenthood, she calls it the “most important reproductive health care provider in America.” Oh yeah, it’s really popular, too! Ugh. Naturally, Alec Baldwin (how does he still have a show?) was only too happy to agree with her.

Cecile Richards: One in five women in this country have been to Planned Parenthood for healthcare. It's the most important reproductive healthcare provider in America.

Alec Baldwin: I don't doubt that.

Cecile: And it's actually really popular. I think that's the other thing, Alec, that's kind of a misnomer. People think -

Alec: That gets distorted.

Cecile: Yeah. Well, it's -- I mean, in fact, it's more popular now than ever before, I think, because people realize t-the president has tried to defund it. And I think the exciting thing is not only that we're a good healthcare provider. Under Obama, we -- President Obama, we got no co-pay birth control for like 70 million women. And we now have the lowest teenager pregnancy rate in the country in our entire history.

Alec: Abortion is -- is -- is a modest amount of the percentage of the work you do.

Cecile: Right. The other thing, though, is, even the defunding that -- that, you know, Congress has been trying to do, Paul Ryan was trying to do, Republicans -- Federal funding doesn't pay for abortion because of Henry Hyde. Now, I think that's wrong, but that's the law. So, actually what they're trying to get rid of is birth control, cancer screenings, all the other work that we do. And I think the other thing that's important, because we've gotten better at birth control and more women have it, is we're at a 30-year low for abortion in this country, actually the lowest rate since the Roe decision.

I suppose it was too much to expect Alec Baldwin, not the brightest bulb in the room, to have been more inquisitive about the founder of Planned Parenthood – Margaret Sanger – and he probably doesn’t even know that she was a racist woman wanting to destroy the black race through eliminating their babies. He certainly didn’t ask about anything like the selling of body parts of aborted babies or even late-term abortion. He even parroted the old "only" 3 percent of what Planned Parenthood does is abortion line.

Baldwin and Richards agreed that if men could get pregnant then there would be no restrictions on abortions in this country. How insulting of them to say that.

Another insulting moment happened when Richards claimed that Republicans want to get rid of any funding for sex education in schools. She stated that parents really want their children taught about sex in school because “most parents think they aren’t equipped” to handle the discussion. Really? I can speak of my own experience and tell you that my husband and I certainly didn’t feel that way at all. Parents are much better teachers for their own children than just leaving it up to schools.

So, now that’s she’s no longer running Planned Parenthood, Richards is concentrating on getting women to vote and also to run for office. Baldwin tried unsuccessfully to get her to say she’ll run for office herself but she didn’t say a definite no, either. “Women are marching, knitting pink pussy hats, but we gotta get them voting.”

Like I said, thankfully this was a short interview and Richards certainly broke no new ground on her quest for 24/7 abortions on demand. It was a lot of Democrat talking points conflating women’s health care with birth control and abortion. And, of course, blaming the Republicans for wanting to keep taxpayer monies out of it all.