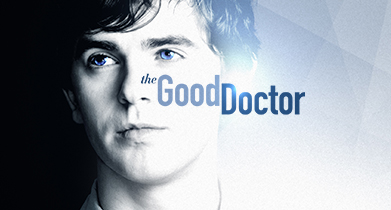 On Monday night, the new ABC medical drama series, The Good Doctor, told the story of a woman with a high-risk pregnancy determined to give birth to her baby despite doctors' recommendations that she abort. The episode ended, against all odds, with a successful, life-affirming outcome. How refreshing, in an age when pro-abortion storylines are so frequently worked into television scripts, to see a pro-life message win out.

The Good Doctor revolves around the surgical residency of Dr. Shaun Murphy (Freddie Highmore), a pediatric surgeon who is both autistic and has savant syndrome. He is an intellectual genius who has trouble interacting normally in social settings and with his colleagues at St. Bonaventure Hospital in San Jose, California.

In this episode, titled “Pipes,” a 36-year-old woman who is 22 weeks pregnant, with a history of three miscarriages, is brought in for an ultrasound of the baby. The woman’s pregnancy is a high-risk one – she has antiphospholipid syndrome and this is further complicated by the fact that the baby has a growing tumor on its tailbone.

Upon seeing that the tumor has now grown to half the size of the baby, the attending surgeon, Dr. Melendez (Nicholas Gonzalez), recommends that the pregnancy be "terminated." He determines that the baby would not survive long enough to be viable (although in real life, babies have been born just before 22 weeks and survived) because the tumor monopolizes the blood supply and weakens the baby’s heart. But the patient, Barbara, refuses to abort her baby.

Melendez: The tumor's grown. It's not cancer, but it is monopolizing the blood supply, which is weakening the fetus' heart. I'm sorry, but there's no chance it would survive long enough to be viable. The safest course is to terminate the pregnancy.

Barbara: If we were interested in the "Safest course," we wouldn't be on our third "Second opinion." Please, Dr. Melendez, we want whatever will save our baby.

Mark: Dr. Wright told us you've done fetal surgery to remove this type of tumor before.

Barbara: And without the tumor, our baby would be healthy.

Melendez: Your antiphospholipid syndrome makes a long surgery extremely dangerous. There's a high chance for blood clots, which could have fatal consequences for you.

Melendez: Saving the fetus doesn't do any good if the mother dies in the process.

Barbara: I've had three miscarriages. If I have to go through that again, I might as well be dead.

Mark: No, it's not. You're the strongest woman I've ever met. We'll get through this. We will. And -- And then we'll try again.

Shaun: We could manage clotting risk pre-operatively with an infusion of unfractionated heparin.

Melendez: Never contradict me in front of a patient again.

Shaun: I didn't. I agree with your assessment of the risks. I suggested a way we could mitigate them.

Melendez: Not in front of the patient.

Shaun: We're not in front of the patient now.

Claire: I was just reading about a new technique for transesophageal echocardiography monitoring. If there's a cardiac issue, it would give us an early warning.

The baby has to be taken out of the uterus to perform the surgery and remove the tumor and then placed back into the uterus for the rest of the pregnancy. The show presents the concerns of the hospital board about liability with the risky surgery and high-risk patient. Meanwhile, the husband starts to object to the procedure and a question comes up about the father's parental rights to refuse an operation on his unborn child. One board member states the obvious, “Once the fetus is removed from the uterus, one could argue that it becomes a child.” But is told, "That's ridiculous!"

Of course, it was always a child. And this case exposes exactly why the pro-choice goalposts of when a baby "becomes" a baby keep moving as scientific and medical advances make the age of viability shorter and the options to open the womb and operate to correct fetal abnormalities increase. Fortunately, the board came to their senses and the surgery was approved.

The operation starts but the patient goes into cardiac arrest before it can be completed. Barbara is eager to try it again when she wakes up to find that the surgery was stopped. Her husband, who was hesitant to agree that she should go through the risky surgery in the first place, says he now fully supports her, and the hospital board comes together again because the operation has become far more life-threatening.

Suddenly the "my body, my choice" rhetoric is tossed out the window and veered into an awful place when Dr. Melendez suggests telling Barbara they are doing the fetal surgery, but then performing an abortion on the woman without her consent. He tries to justify it by asking, "You wouldn't lie to convince a suicidal person to climb down off the ledge?" Thank goodness everyone else objects to how wrong, unethical, and illegal that would be.

Melendez: Barbara? There was a complication during surgery. A blood clot blocked an artery in your heart. We were able to catch it in time.
Barbara: And my baby?
Jared: The fetus is stable.
Melendez: The M.I. Happened before we opened the uterus.
Barbara: So, we're right back where we started?
Melendez: You just had a heart attack.
Barbara: I don't care.
Melendez: There is no other option now. If we don't terminate and the fetus dies in utero, the resulting clots will overwhelm your heart and brain.
Mark: Which is exactly why we need to try again.
Melendez: What're you talking about? You need to remove the tumor. You begged me not to do the surgery before.
Mark: I thought I could talk her out of it then. Now I know I can't. Either you do it, or she dies.
Allegra: Before, if we got sued, we'd at least have one of them on our side, but now, with them both aligned --
Aaron: Can they sue us for not operating?
Jessica: They could argue that we abandoned care.
Melendez: We're still offering care. Just not the care that they want.
Marcus: Which is your fault. If you hadn't offered her hope to begin with, we might have been able to reason with her.
Jared: How's the pain around the incision?
Barbara: 5 out of 10.
Jared: I'll up the dosage. Any chest pain?
Barbara: No. My heart actually feels fine.
Jessica: If she doesn't want to terminate, there's nothing we can do. :
Melendez: So we just send her home to die?
Allegra: It is her decision.
Melendez: We could tell her we were going ahead with the fetal surgery. But once she's under –
Jessica: I'm gonna pretend you never said that.
Melendez: If it's the only chance to save her life
Marcus: This is exactly what I'm talking about.
Melendez: You wouldn't lie to convince a suicidal person to climb down off the ledge?
Marcus: Knowingly lying to a patient about a major medical surgery --
Aaron: Okay, okay! Hey! Lying to a patient is one thing. Performing surgery without their consent
Jessica: It's unethical and illegal.
Marcus: And insane.
Melendez: I just... I don't want to do this.
Allegra: It's not our only option.
Melendez: You want me to attempt the fetal surgery again?
Allegra: If it's the only way to save her life.
Melendez: The first time, it was the only way to save her life. But a second heart attack one day after the first will kill her.
Jared: Maybe not. I am so sorry to interrupt, but I have an idea. What if we kill her before she kills herself? We'll stop your heart and put you on a bypass machine for the duration of the surgery.
Melendez: You can't have a heart attack if your heart's not beating to begin with. It takes the most significant danger off the table.
Mark: But aren't the clots a danger to her brain, as well?
Melendez: This doesn't completely eliminate every risk, but it does reduce the biggest one.
Barbara: Thank you.
Melendez: We'll do it first thing in the morning.

To stop Barbara from going into cardiac arrest again, the team comes up with the idea to put her on a bypass machine, and she and the baby come through the surgery safely. Wouldn't it be nice if after all that Dr. Melendez stopped to think, "Wow, if the patient had taken my advice, her baby would be dead right now and we never would have been pushed to come up with these amazing life-saving procedures!" This episode was much like one from Grey's Anatomy last season when a terminally ill mother was aggressively steered toward getting an abortion, too, but she refused until doctors finally accommodated her.

Just in case you find yourself saying, "Give me a break, it's just a TV show, this stuff doesn't happen in real life!" you need to read the amazing story of Congresswoman Jaime Herrera Beutler (R-Wash.). She refused her doctor's recommendation to get an abortion after her unborn baby was discovered to have Potter’s Syndrome, a fatal condition where the child had no kidneys. Instead she fought for her baby and tried other doctors and experimental treatments until her baby girl became the first ever to survive birth without kidneys. Now the treatment is saving the lives of other children with the condition. It's sickening to think about how many other babies have been killed because doctors didn't know of any alternatives or didn't want to try.

Abortion is not an option for those of us who are pro-life, but even for those who are pro-choice abortion should always be the very last resort, after all possible medical solutions are pursued for saving both lives, instead of the first recommendation.

The left is always trying to use TV to normalize abortion as "basic healthcare," wouldn't it be wonderful if these storylines inspired women and doctors to push for better healthcare for unborn babies?