It’s a rare day indeed when CNN applauds a pro-life politician, never mind a woman who refused abortion against her doctor’s advice. But that’s exactly what just happened. 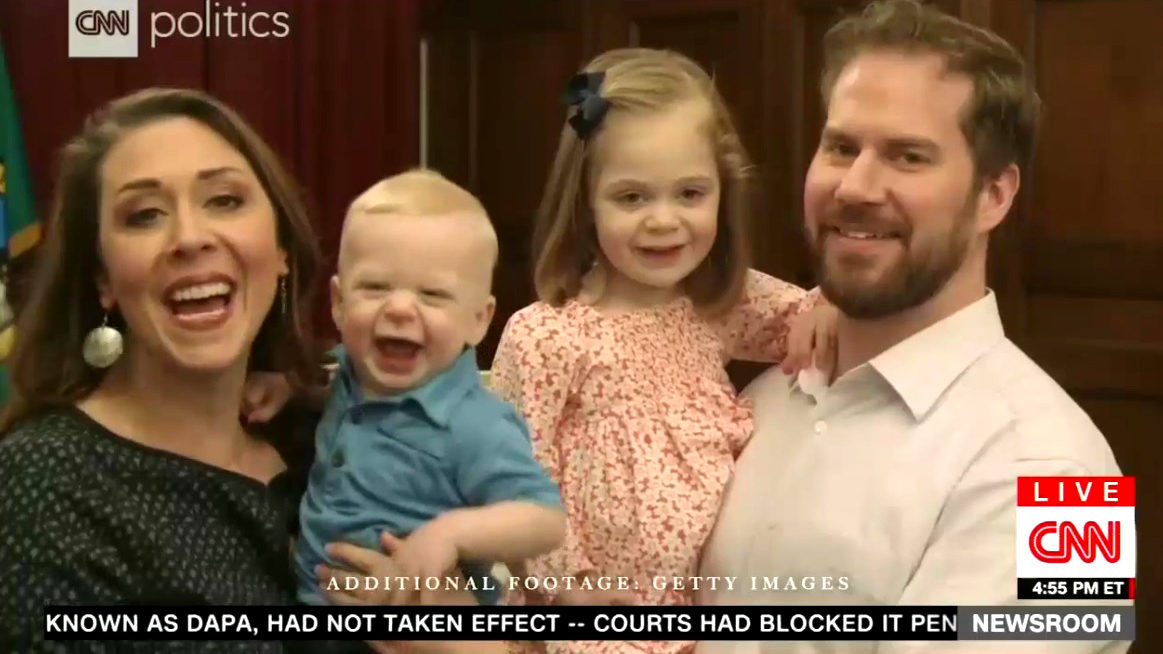 On Saturday, CNN aired the story of Rep. Jaime Herrera Beutler (R-Wash.), who refused to abort her little girl. For the latest segment of Badass Women of Washington, correspondent Dana Bash interviewed Herrera Beutler and her husband about their daughter, Abigail, who survived against all odds.

Shortly after her 2012 re-election, Herrera Beutler and husband Dan Beutler learned that their unborn baby had Potter’s Syndrome, a usually fatal diagnosis that meant their daughter had no kidneys.

“There's nothing that can be done. Your baby's gonna die,” Herrera Beutler remembered the doctor telling them. “And we're at this point, you just, you're weeping. If there is no – there are no kidneys, there's no fluid, and their lungs are not able to develop.”

The doctor had a recommendation. But rather than treating the problem, he suggested getting rid of the patient. He told them, Herrera Beutler recalled, "You know, a lot of women at this point would be across the street scheduling an abortion.”

In response, Bash prompted, “Did you consider at all, for even a second, taking his advice to go across the street?”

“No,” Dan immediately answered. “Being able to hear the heartbeat and knowing that she, Abigail – we had this gut feeling that there has to be something.”

In agreement, Herrera Beutler added, “It was more of our gut. We gotta. And that was the word we used: contend. We're gonna contend.”

While Herrera Beutler is “anti-abortion” in politics, Bash highlighted that “in this, the most personal of decisions, she says her political views were not a factor.”

After publicizing the danger their baby faced, a stranger reached out to the couple about a possible solution: using saline injections as a substitute for the amniotic fluid absent due to no kidneys.

While most hospitals wouldn’t answer their calls, John’s Hopkins, located in Baltimore, did. And when one doctor there replied, “we don’t treat this,” the Beutlers resorted to using something like a “sales pitch” to persuade her otherwise.

"Immediately, when that fluid was introduced, her chest heaved and she began to breathe that fluid in,” Dan said of the treatment. “And so you don't know what's happening, but you know that she's doing what she's supposed to."

After injections once a week for four weeks, Abigail’s chest opened, her lungs grew and her clubbed feet corrected.

“Now she's not the only, she's just the first,” Herrera Beutler said of her daughter living. “There are other babies who have survived because of her.” 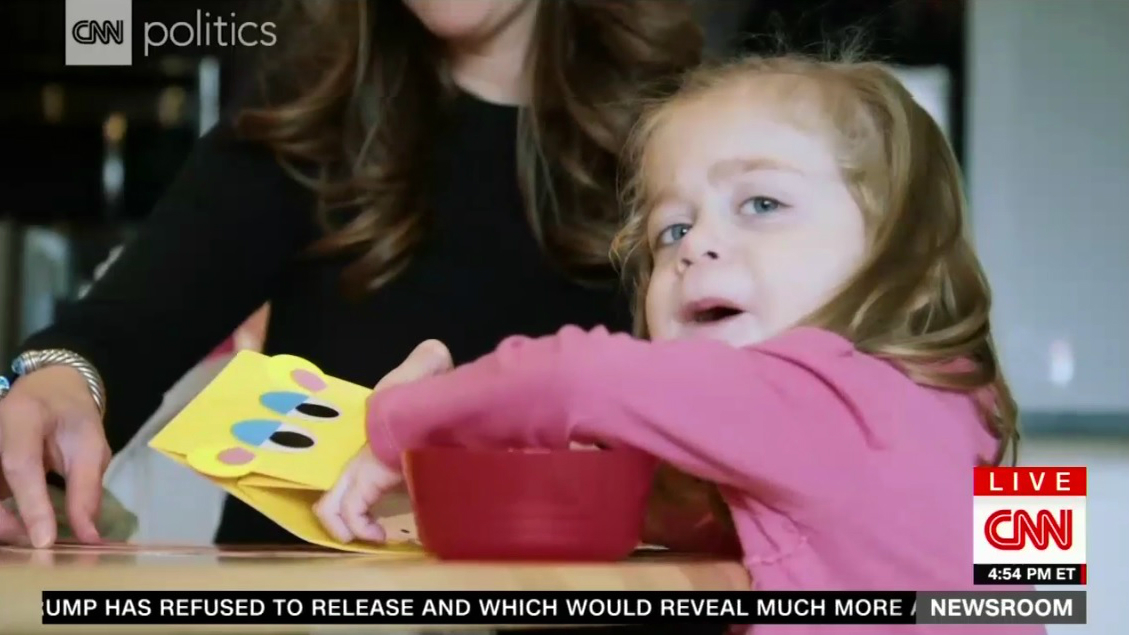 Abigail isn’t the only one making history in her family though. Herrera Beutler is the ninth lawmaker ever to give birth while serving in Congress.

Dan’s role isn’t to be overlooked either. Besides quitting law school and putting his career on hold to care for 3-year-old Abigail and 1-year-old Ethan, Dan Beutler gave a kidney to his little girl. “I don't think there are many parents who wouldn't jump at the chance to help their kid,” he told Bash.

But he still stood out to his wife.

“He's amazing. And what I'm proud of is like he's showing my daughter, he’s showing my son that a real man looks at a family and says how can I help lead this family?” Herrera Beutler praised. “And for him, right now, that means he's, I mean, taking care of my baby and gave her his kidney, right?”

Towards the end, Bash’s segment included shots of Abigail walking around like any other toddler.

“She is a medical miracle, the first baby to ever survive birth without kidneys,” Bash concluded. “She seems like just an average kid, playing with her baby brother, playing with her dolls, hanging out with her parents, except, of course, that her mom is in Congress.”

Bash expressed further admiration in a story she wrote of the interview for CNN.com.

“What she went through to have – and save – her baby is truly badass, a lesson in courage from a woman who wouldn't take no for an answer,” she commended Herrera Buetler.