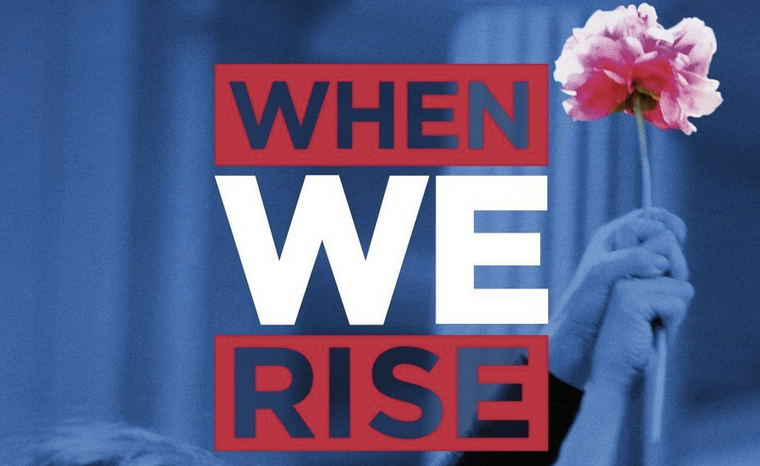 The final installment of ABC’s ratings disaster When We Rise quietly ended Friday night with a victory and a warning. In the episode titled “Night IV,” the stabilization of the AIDS outbreak led to the charge for gay marriage. The success of California’s Proposition 8 – the state constitutional amendment that banned same sex marriage – lit a fire under the gay activists in San Francisco and led to the appeal going to the U.S. Supreme Court, ultimately changing marriage as we once knew it.

President George W. Bush and National Organization for Marriage President Maggie Gallagher became this episode’s designated hated conservatives. President Bush was slammed for calling for a Constitutional amendment to protect marriage and "ushering in" bans on gay marriage in 18 states and Gallagher was shown speaking against gay marriage at the Heritage Foundation and on television. “Gallagher’s cronies” and the Mormon Church were blamed for injecting “millions of dollars of hate” into Prop 8.

A national march on Washington, D.C. was organized to make the message clear – gay rights is a federal civil rights issue. Julian Bond, then NAACP president, spoke as did Lady Gaga. President Obama is shown coming out in favor of gay marriage, though when he campaigned for President he was not for it. Supposedly this turned public opinion and thus the Supreme Court in favor of gay marriage.

The series finally ended with the Supreme Court decision legalizing gay marriage in 2015. Same sex couples are shown being married at San Francisco’s City Hall with the Christian hymn “Oh, Happy Day” playing in the background.

The final screenshot read: “But today, the rights of LGBT people, women and racial, religious and ethnic minorities are under attack across the United States. One struggle.” Gay publication The Advocate reported that this final slide was edited because of “recent political events:”

The series ends with an epilogue — a message that was recently updated and broadened by Black and When We Rise's team, as recent political events changed the context of the miniseries and the state of the modern-day civil rights movements. (An early press screener had different text specific to attacks on LGBT youth.)

"We made the update because the situation in this country — for so many people who aren’t treated equally here, including people of diversity — that situation has worsened," Black said. "We needed to accurately describe what that situation is now, and who is under attack now, because this show has always been about not just LGBT people, but our brothers and sisters in other communities that also need to be protected and respected. So we have updated it to include those groups and to make it clear that this is one struggle or one fight."

I wonder if the show’s creator, Dustin Lance Black, understands that people of faith also feel under attack for not falling in line with the gay agenda pushed in today’s entertainment world and that Christians are being persecuted for their religious beliefs. The left fails to understand that it is not because of hate that people of faith oppose same sex marriage – it is because of their belief in religious principles. Christian bakers, photographers, and function hall owners are being forced to choose between violating their conscience or losing their livelihood.

When We Rise doesn't seem to recognize - or care - when others fall.