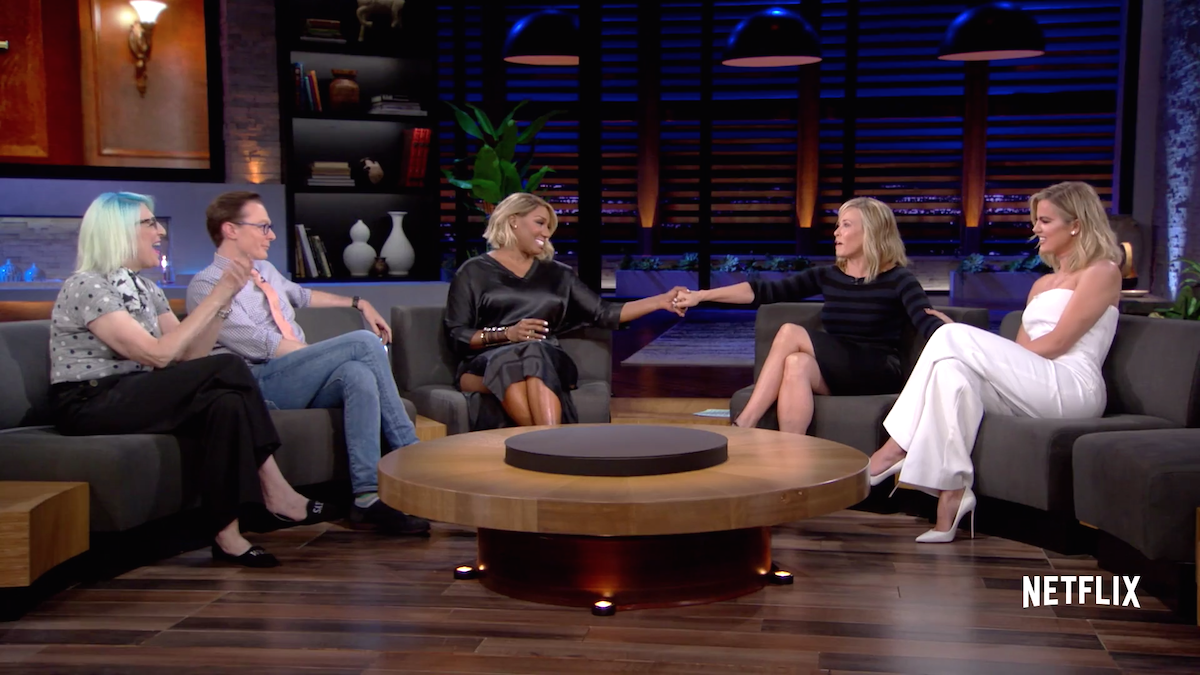 A group of D-List celebrities gathered on Netflix’s Chelsea to discuss their time on NBC’s The Celebrity Apprentice with Donald Trump and "commiserate" about "Trump fucking up the country."

The episode titled “Trump’s Other Reality Show” brought together four of the reality show’s losers. Former American Idol winner Clay Aiken made it to the final two, only to lose to season 5 winner Arsenio Hall, while comedienne Lisa Lampanelli came in fourth in that same season. Real Housewives of Atlanta star NeNe Leakes couldn’t handle the heat and quit the show due to the strict rules of the game. Reality TV star Khloe Kardashian was infamously fired when Trump found out she had been arrested for DUI and hadn’t disclosed it. She claimed she didn’t want to be on the show and hated every minute of it, but her mom, Kris Jenner, “made” her do it. Sour grapes.

There was some obligatory lefty bashing of Donald Trump’s campaign although most pulled back from criticizing him TOO harshly as a person. All agreed, including show host Chelsea Handler, that Trump’s daughter Ivanka was a smart and successful woman. Lisa Lampanelli credited Ivanka’s mother, though, for how well Ivanka and her brothers turned out. Of course, they all liked Ivanka because she’s “so progressive” and her speech could have been given at the DNC. But Clay Aiken said she shouldn’t support her father because he would “turn the Supreme Court around and screw women for the next 50 years.” She and her husband are Democrats and Aiken said, “Hell, I think Trump is, too.”

Lampanelli admitted that she still does charity work with Trump. But she said her fans “are really stupid” because one of them came up to her drunk saying, “I want Trump for president, because I wanna be rich.” Hey, is that any worse than Obama voters thinking he was going to pay their mortgage?

Aiken strongly supports Hillary, but said, “Hillary Clinton doesn’t inspire people enough to get off their asses to vote.” Well, now! He said, “In person, [Trump] can be very gracious, very nice,” and, despite calling Trump a "clown," predicted, “I think he will win. It’s a change year.” Wow! He based this conclusion on his own experience during his failed run for office in North Carolina. He said Republican voters would come up to him and claim they would vote for him because he was not a politician.

They all thought Trump was ok when he served their own selfish purposes – publicity from his show. Now? None of them will vote for him.