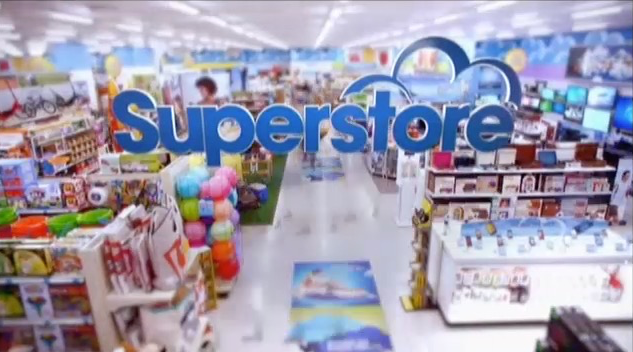 Well, nowadays it's just a matter of time before you're in hot water for something you say to someone. NBC’s Superstore exemplifies how relationships in the workplace can be almost impossible thanks to vague mandated sexual harassment policies.

On Thursday’s episode "Valentine’s Day," the topic of sexual harassment arises when Amy (America Ferrera) and Glenn (Mark McKinney) attempt to secretly set-up two elderly co-workers. Their efforts are met with a bogus corporate meeting on the topic of sexual harassment. One of the workers challenges the corporate policy by pointing out its faults.

Jeff: No one is saying you can't ever date somebody you work with. Just be careful not to make unwanted advances.
Cheyenne: So you can't ask someone out unless you know they like you? But then you don't know if someone likes you unless you ask them out, so that's, like, a catch-22.
Jonah: Whoa, well done.
Ceeynne: Oh, I've been studying for the SATs. It's been a very extrapolatory experience.

After this discussion, Glenn thinks he is guilty of committing harassment because he used to ask his wife out every day when she worked for his father. His innocence is shattered and he calls her in a panic, explaining their “whole marriage is based on a sex crime.” Obviously not. Well, maybe to liberals.

Oh yeah, they also manage to fulfill their quota for the LGBT agenda this week by adding a gay kiss between Mateo and Jeff. Not the first time this show has gone after this audience. No shock there. After all, we have to be "inclusive" - nobody should be immune to Cupid’s arrow. Thanks, Hollywood.