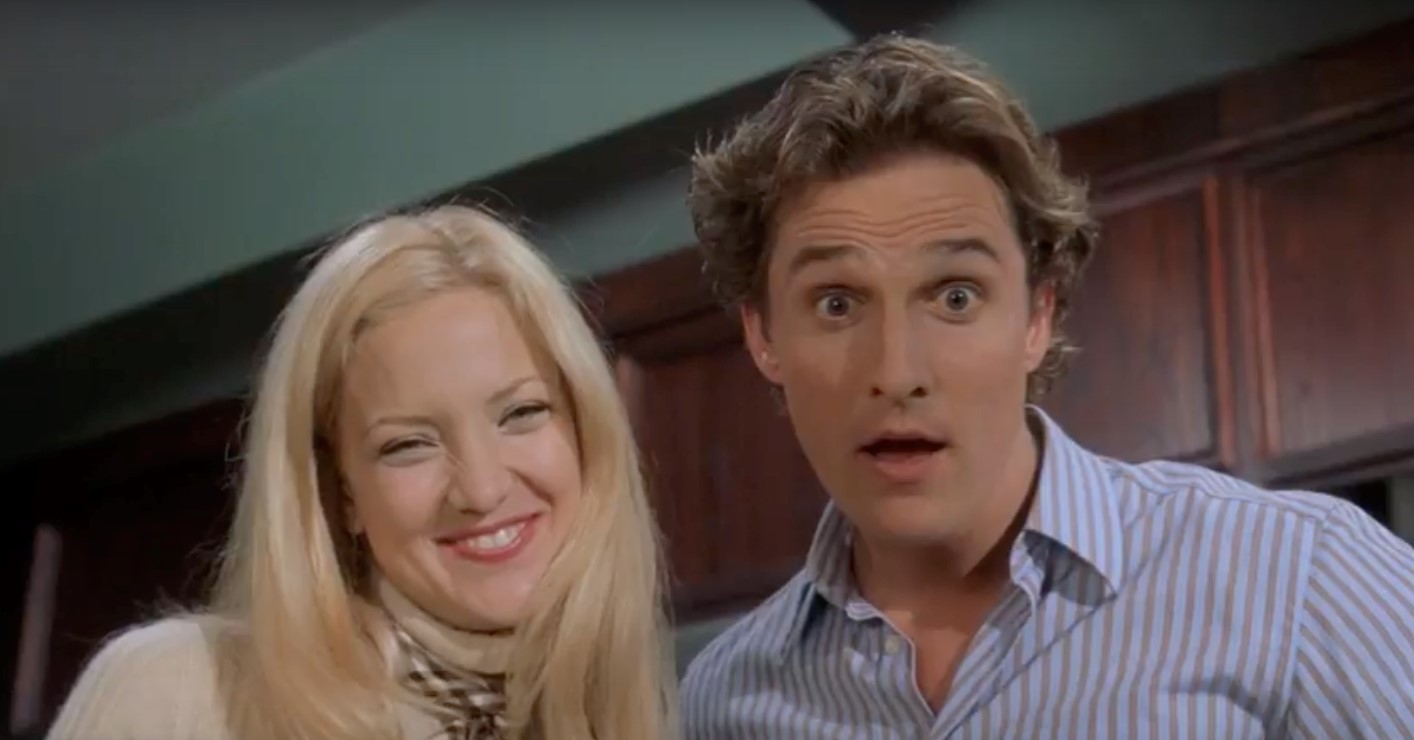 Lefties are bad at a lot of things (math comes to mind), but one thing they are great at is destroying pop culture that doesn’t reflect their current preoccupations. So movies that aren’t “woke” -- basically any movie ever made that is realistic and decently entertaining -- must be amended or cancelled.

One of the latest inspirations for an SJW makeover is the 2003 rom-com, How to Lose a Guy in 10 Days. The movie is about an aspiring writer (Kate Hudson) who dates a guy (Matthew McConaughey) in order to test out the different ways that women run guys off in the beginning stages of a relationship.

It’s spawned a new novel, Not The Girl You Marry, whose idea was born when author Andie Christopher “was struck by how much times had changed.” She summarized the movie, “The theme was the heterosexual women do all these things that turn guys off in the early stages of a relationship, and that hasn’t been my experience or my girlfriends’ experiences at all.”

So, she decided to create a modern novel inspired by the film, with a woke, woman-of-color feminist, to own the patriarchy … Apparently the patriarchy is responsible for women not being annoying towards men at the beginning of relationships. Makes sense to me.

Christopher laments that “cishet dudes (aka straight, normal men, who make up the overwhelming majority of men in this country) seem to be the ones sabotaging their chances by sending d**k pics, being flaky, and generally being disrespectful — particularly on dating apps.” Perhaps if she weren’t obsessed with hating men (she herself says, “I’m all about smashing the patriarchy, one rom com at a time.”), guys wouldn’t flake on her.

And not only did Christopher have to make the main character, Hannah, into a raging feminist who references the dreadful “toxic masculinity,” but she also made sure that Hannah was representative of the biracial community: “I sometimes feel as though white authors will write in a biracial character to add diversity to their books without delving into how that shapes a character. I really wanted to explore what that has meant to me in my real life, specifically as it relates to my romantic life,” said Christopher. Powerful and brave.

Nothing says “I hate men” like writing about a character through whom you’re vicariously dating a man! But, hey, fight the power, sister! I applaud and encourage Andie Christopher to keep up the great work of ‘owning the patriarchy,’ by continuing to write woke, whiney novels that no one reads.