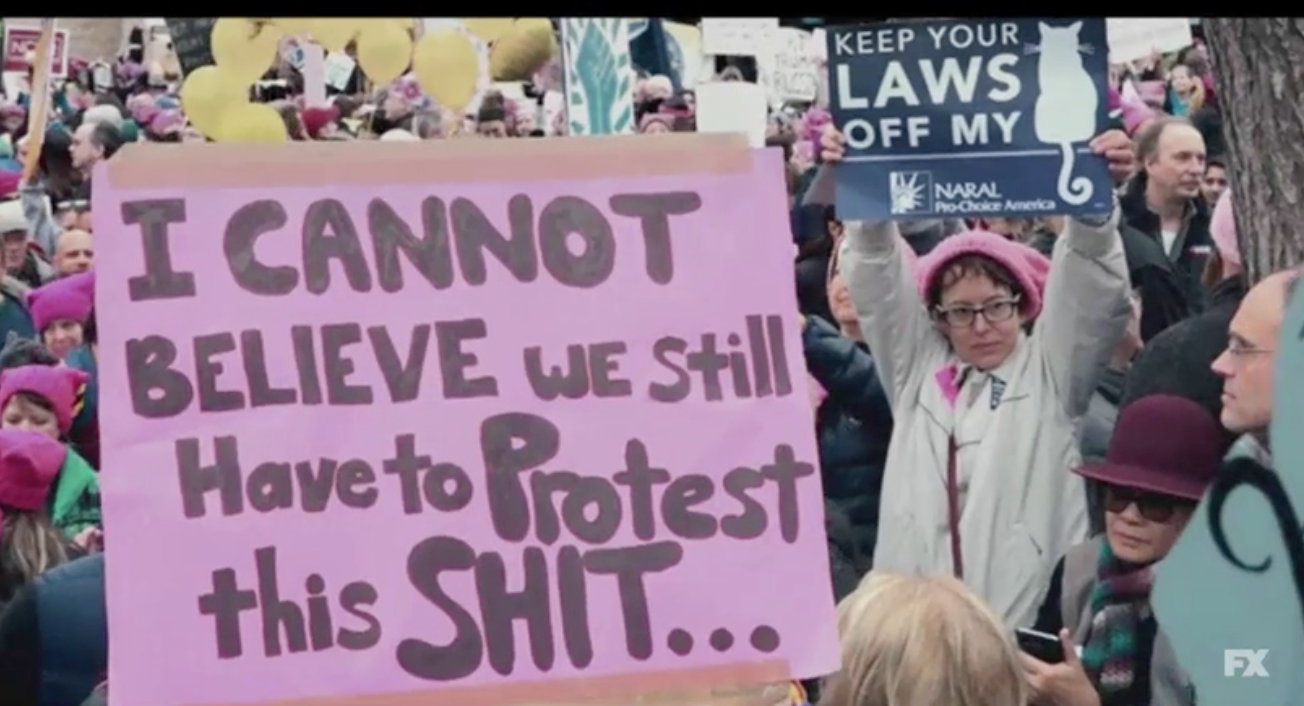 FX on Hulu’s historical revisionism of Phyllis Schlafly and the battle over the Equal Rights Amendment is finally over. After Mrs. America portrayed her as cold, cruel, calculating, insincere, tolerant of racism, and supported by the KKK, it added “abusive” to friends and supporters to its litany of attacks.

In addition to the parting shots at Schlafly, Wednesday's finale exposed the real liberal agenda behind the series, by highlighting the ratification of the E.R.A. in recent years and the left’s push to rescind Congress’s 1982 deadline for its passage.

Like the rest of the series, the final episode “Reagan” did not confine itself to reality. It continued to use invented moments and conversations to attack Schlafly (Cate Blanchett) through fictional Alice (Sarah Paulson). Having already set up Alice and Phyllis’ relationship as domineering and possibly abusive, Alice confronts Phyllis. Alice’s disenchantment with her friend and the S.T.O.P. E.R.A. movement began in last week’s episode, fueled by drugs, alcohol and interactions with feminists.

In “Reagan,” imaginary Alice’s transformation from Schlafly supporter to opponent is completed in two conversations. Relying on liquid courage, Alice first approaches her former leader and friend in the middle of Phyllis’ 1979 “End of an E.R.A. Gala.”

Alice tells the crowd gathered near Phyllis that the woman is a “miracle worker, unless your husband’s a jerk. Then you’re on your own.” The anger stems from marital advice Phyllis gave Pamela (another fictional character with a controlling husband).

“When did you get so mean?” Alice asks. Phyllis claims she built the movement for Alice. Alice retorts, “I never feel more invisible than when I’m around you.”

The invented confrontation is interrupted by the bomb threat that really did stop the 1979 soiree temporarily. In another scene outside Phyllis’ home, Alice says she’s working now and likes earning her own money because “it’s empowering.”

“You used to feel empowered by me,” Phyllis says.

Alice replies, “I used to feel scared,” then drives away.

Aside from moments like those, the episode focused on Reagan’s rise to power and the feminists’ fall from President Jimmy Carter’s good graces. In the closing minutes, the show also drew direct parallels to modern politics, anti-Trump protests and renewed efforts to ratify the E.R.A.

It also showed Phyllis Schlafly meeting Paul Manafort and Roger Stone, former Trump advisors and now convicted felons, who formed a consulting group in the late 1970s that did campaign work in 1980 for Ronald Reagan.

Creator Dahvi Waller admitted to Slate this encounter was fictional, “While we know they [Manafort and Stone] helped run Reagan’s campaign, we do not know if they crossed with Phyllis in 1980, or whether they were in Illinois for the primary election. But it was a shorthand way to dramatize the parallels between the 1980 election and 2016 for audiences who grew up after 1980, who have no idea what Reagan meant in 1980.”

Dramatizing parallels? Tainting Schlafly and Reagan both by association would be more accurate.

The final moments also made Waller’s larger agenda clear. This wasn’t just a show designed to show a messy 1970s political fight, or even to smear the conservative leader who mobilized a nation to defeat the E.R.A. and helped Ronald Reagan become President.

It’s trying to spark support for modern “intersectional feminism” and ratification of the Equal Rights Amendment now. A slide notes that ratification failed in 1982 three states short then interspersed new information and modern-day protest footage. The music builds to a crescendo as the slides indicate the three recent ratifications in 2017, 2018 and 2020.

Between those slides are images of a “RESIST” sign outside the White House, footage of the Women’s March and women wearing pussy hats, and footage of celebrations following the ratifications. One protester’s sign reads, “I cannot believe we still have to protest this shit.”

Get it? Three more states have ratified since it fell three states short in 1982.

The show concludes with a slide stating that House Democrats passed a resolution to overturn that 1982 ratification deadline, but added that “The Republican-controlled Senate has indicated that it is highly unlikely to take up the measure.”