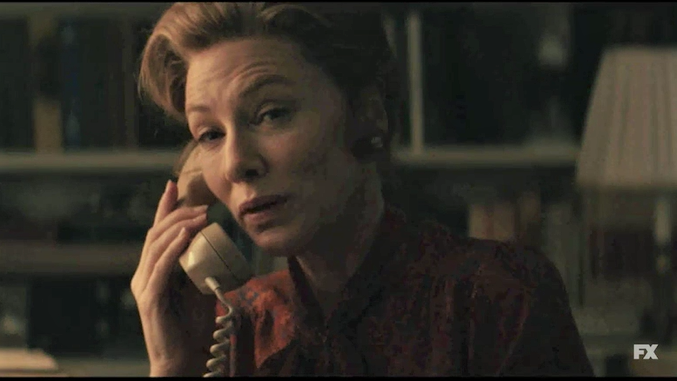 Throughout the 1970s, people from the women’s liberation movement hurled many accusations of racism and even collusion with the Ku Klux Klan at their conservative opponent Phyllis Schlafly.

The latest episode of Mrs. America from FX on Hulu, made those claims again in “Bella,” with one characters saying Schlafly was “in bed” with the Klan. However, the show fails to substantiate those claims. And according to biographer, Donald Critchlow, any claims of collusion or financial support from the KKK “appear unfounded.”

Even left-wing Slate, which is certainly no fan of Schlafly, tread carefully on this issue. After citing proof of individuals connected to the KKK who opposed ERA and wanted to oppose the gay rights agenda at the 1977 women’s convention, it still admitted there was little to no proof of support or collusion. Slate wrote, “In the end, it is not entirely clear to what extent the stop-ERA movement was supported by the KKK, if it was at all.”

That hasn’t stopped Mrs. America from depicting Schlafly as unwilling to stand up against racism, as it did again in “Bella.” While the show’s public showdowns sometimes pull events and portions of dialogue from historical fact, such as the pie in the face Schlafly receives in “Bella,” private conversations woven throughout the show are mostly invented. This has given the producers tremendous room to distort reality, and distort it they have.

Early in the series, it portrayed Schlafly as unwilling to oppose racism if it could cost allies using a scene where an invented racist leader from Louisiana makes racist statements in front of the Eagle Forum founder. Rather than tell her those attitudes are unwelcome, Schlafly promotes her to not lose Southern women.

This was blatant fiction that could bolster later allegations of racism and connections to the KKK in the show. Schafly’s daughter Anne Schlafly Cori told the Daily Signal, the real Louisiana chapter leader was Charlotte Felt and “she was not” racist.

The show also ignored Phyllis’ work to find common ground in black churches, when it depicted her trying to build bridges with Jewish groups, Evangelicals, Mormons and others.

These distortions and omissions help credential the more dramatic claims of racist affiliations of later episodes for viewers not fact-checking as they watch.

In “Bella,” a stop-ERA hospitality suite is guarded by Klansmen unbeknownst to the Eagle Forum women including Phyllis. It makes it into the newspapers, causing embarrassment for the group. Alice (a fictional character) argues Phyllis needs to put out a press release denouncing such hate groups with Eagle Forum Vice President Lottie Beth Hobbs, a Texan.

But when it comes down to it, Phyllis strikes a bargain with Lottie Beth after trying to confront her. It’s not hard to read between the lines and hear the message Mrs. America creators want you to hear.

Phyllis “You say some pretty powerful things about hate. Now, I don’t hate anybody and if we’re going to continue working together...”

Lottie Beth “You need to understand that the love completely requires learning to hate properly. It is to love what God loves and to hate what God hates.”

Phyllis “I want to be clear about something. We can’t have anything to do with the Klan.”

Phyllis “But I am tolerant and I let everyone be against women’s lib for the reasons of their choice.”

The two then move on to discuss holding a counter-rally during the Houston women’s event. Phyllis suggests calling it a pro-family rally.

“But if outside groups want to lend support, we can’t control it,” Lottie Beth says slyly.

Phyllis replies with a clever way of disassociating from anyone like the Klan who shows up saying, “So we make a rule. There’s no official group name on any of the signs or buses.”

The phone call ends with Phyllis (wearing a particularly conniving expression) saying, “If we pull this off, Houston will be the death knell of the women’s liberation movement. Let’s blow it up.”