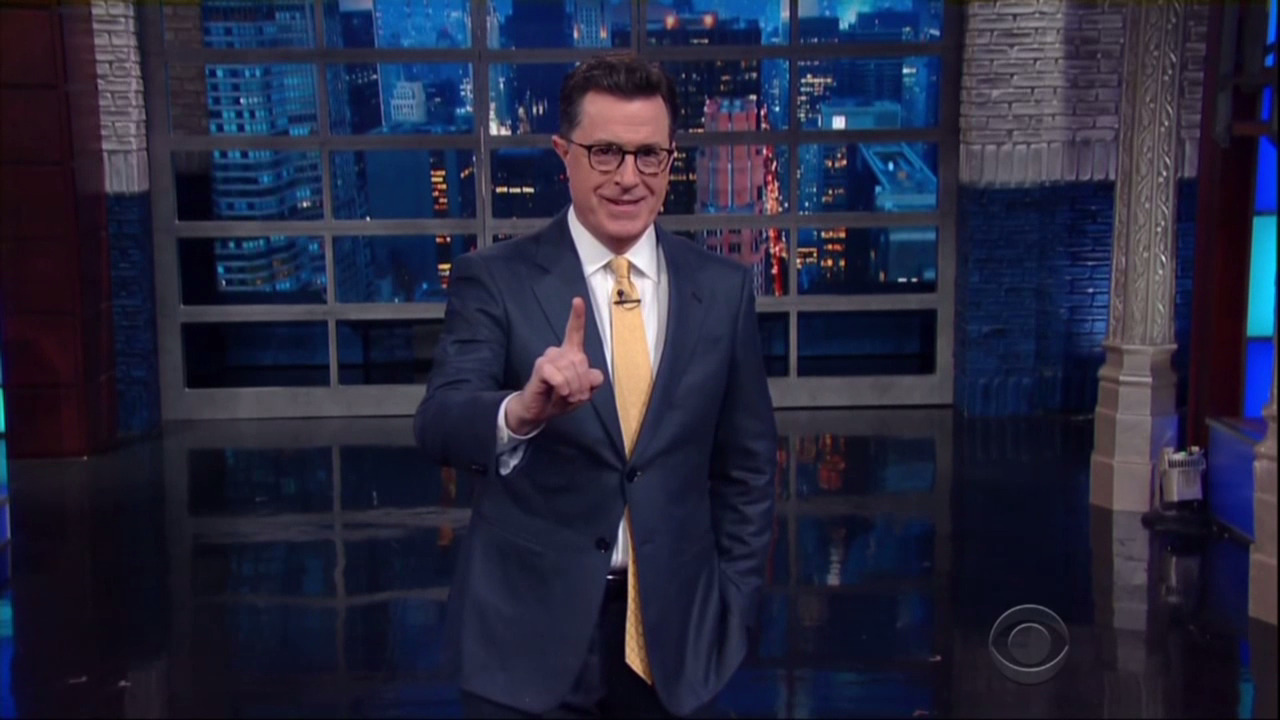 Just a few days after CBS’s Stephen Colbert unleashed a vulgar tirade against President Trump, a new study has documented just how unfriendly late night TV has been to the new Commander-in-Chief.

The Center for Media and Public Affairs at George Mason University counted an incredible 1,060 jokes directed against Trump during the President’s first 100 days in office.

That’s more than ten times as many barbs as aimed at all Democrats — combined — during the same period (95), and considerably more than both Barack Obama and Bill Clinton received during the entire first year of their presidencies (936 and 440 jokes, respectively).

If they continue at their current rate, TV comics will have doled out more than 3,500 anti-Trump jokes by year’s end, far eclipsing the number of zingers aimed at Obama, Clinton, as well as GOP President George W. Bush (546).

Not surprisingly CBS’s Colbert was the most aggressive, responsible for 337 anti-Trump jokes, followed by Comedy Central host Trevor Noah (315), with NBC’s Jimmy Fallon and ABC’s Jimmy Kimmel trailing with 231 and 177.

The Media Research Center provided video of the shows to the CMPA/GMU research team, who say they will continue to update these numbers during Trump’s presidency.