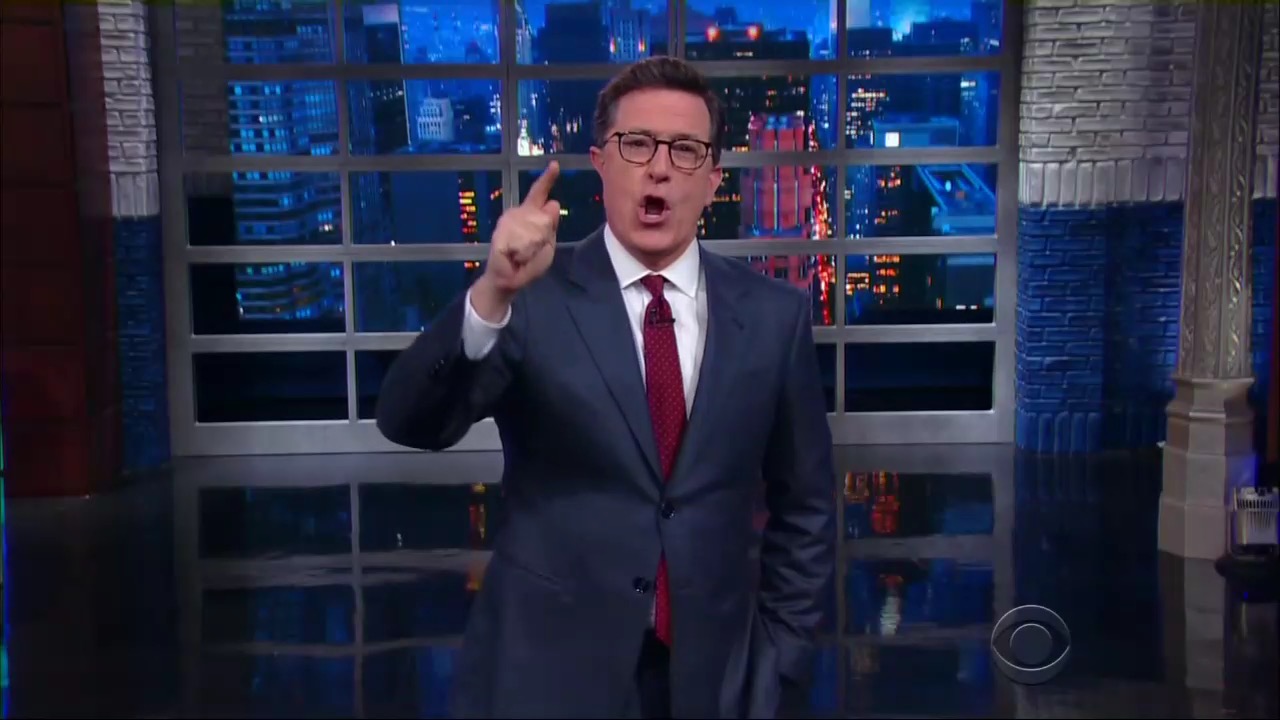 After playing the video clip where Trump angrily ends his interview with Dickerson, Colbert got to the nastiest part of his monologue, attacking Trump for calling his fellow CBS host’s show “Deface the Nation.”

COLBERT: But I got to say, walking out in the middle of a sentence wasn't even the president's biggest insult to John Dickerson.

TRUMP: And I think actually I've been very consistent. You know, it is very funny when the fake media goes out, which we call the mainstream media, which sometimes I must say is you.

DICKERSON: You mean me personally.

TRUMP: Well, your show, I love your show. I call it “Deface the Nation.”

COLBERT: Really. Donald Trump-- John Dickerson is a fair-minded journalist. And one of the most competent people who will ever walk into your office and you treat him like that? Now, John Dickerson has way too much dignity to trade insults with the President of the United States to his face. But I, sir, am no John Dickerson. (Audience applause)

Mr. Trump, your presidency, I love your presidency. I call it it “Disgrace the Nation.” You are not the POTUS, you’re the BLOTUS (Biggest Liar of the United States), you are the glutton with the button. You are a regular “Gorge Washington.” You are the Presi-dunce, but are turning into a real prick-tator. Sir, you attract more skinheads than free Rogaine.

You have more people marching against you than cancer. You talk like a sign language gorilla who got hit in the head. In fact the only thing your mouth is good for is being Vladimir Putin's c**k [bleep] holster.

Earlier in the monologue, Colbert had joked that Trump was “overcompensating” for not showing his “huge” tax return. He continued the juvenile crass humor with this snide remark to end his monologue: “The only thing smaller than your hands is your tax returns. And you can take that anyway you want.”