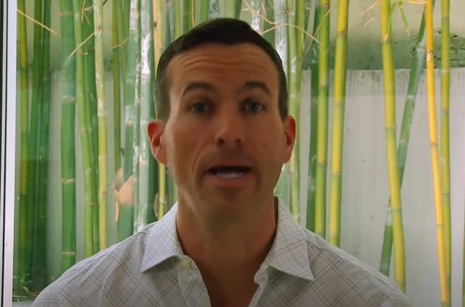 The most in-your-face pride month ever fell short for one of the Outsports writers who slammed the athletes that refused to wear rainbow colors in June. They started a “misguided trend” by hiding behind the good book, claims Outsports LGBT apologist and former Christian Cyd Zeigler.

The Bible calls homosexuality an “abomination” and warns believers against engaging in unnatural relations. In pride promotions, Christian athletes are pressured to put the word of man above God’s word and celebrate sexual sin.

During pride events at sports venues this past June, five members of the Tampa Bay Rays refused to wear uniforms with a rainbow logo. That was “a childish sandbox move,” according to Zeigler. “Now it’s clear they started a misguided trend that is not-so-quietly building amongst anti-gay athletes in sports around the world.”

Athletes who refuse to wear LGBT-symbolic rainbows can potentially miss playing in pride night games and are also losing the opportunity to support a “clear message of inequality and rejection of an entire class of people,” Zeigler claims.

Outsports also blasted Christian soccer player Jaelene Hinkle, who ruffled a lot of feathers by spurning the rainbow movement a few years ago. The now married Jaelene Daniels, who plays in the lesbian heavy women’s soccer world, sat out a soccer match rather that wear the offensive rainbow colors.

That was not an act of a Christian living out her worldview, Zeigler contends. It was a case of her North Carolina Courage team embracing a player who rejects LGBT fans.

Overseas, members of the Manly Sea Eagles rugby team in Australia and the Paris Saint Germain’s Idrissa Gueye, of the anti-gay nation of Senegal, also blew off pride events this year.

The Rays Christians issued a “horribly written statement that they want gay people 'to feel safe and welcome here' at the ballpark, their singling out of this one issue in the Bible says otherwise,” Zeigler says. He also asks if they’ll refuse to eat hot dogs at the games, because that’s a biblical sin.

It’s all about selective citations of the Bible, Zeigler raged.:

These anti-gay athletes hide behind the Bible and other old-fashioned cultural norms with their refusal, with the Rays players jointly saying "it’s just a lifestyle that ... we don’t want to encourage ... if we believe in Jesus."

Of course, they have no problem defying many of the other rules of the Bible. Make no mistake: They pick and choose which ‘sins’ they will protest, and sadly Christians have put a target on the backs of gay people, singling them out specifically for far too long.

Zeigler insists no one is asking Christian athletes to overlook their “long-held religious beliefs” by wearing rainbow logos. “I hated my sexuality for many years until I was finally able to move past what some old guys wrote in a book 2,000 years ago,” he ranted. “It’s not easy to set aside what your parents, television, the news media, advertisements, some friends and your own religious leaders told you about gay people for many years.”

Oddly, Zeigler believes that wearing a rainbow patch on your uniform isn’t saying “my religion blesses all sexual relationships.” Instead, it’s stating, “Everyone is welcome at the stadium. If you’re a fan of my team or me, you’re welcome here.” Every athlete should be able to support these statements, says Zeigler.

Christian athletes are sending a “very clear political message” that they don’t want LGBT people around and can’t deny it, Zeigler says.

Zeigler misses one very poignant fact. On faith night, sports teams do not require athletes to wear crosses on their uniforms. They don’t browbeat everyone to give their lives to Jesus. LGBT zealots like Zeigler demand that everyone bow to their lifestyle beliefs, and if they don’t do that, they get shamed.