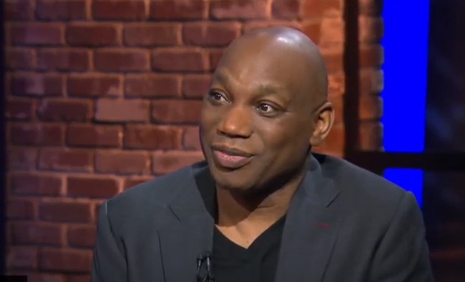 The Fourth of July used to be the best day in America. In 2022, the holiday has become a mind-numbing spectacle because – in the wake of Dobbs v. Jackson Women’s Health – independence is under full-scale assault, says ESPN race-baiter extraordinaire Howard Bryant.

Also, paid patriotism at sporting events “has made it ever harder to center the Fourth on reconnecting with your favorite aunts and uncles,” Bryant bemoans. He wrote a book about paid patriotism, and the holiday that now sucks just gave him a gratuitous opportunity to sell more books.

Furthermore, Bryant has an arrest record that should accord him no moral high ground to speak on. He was once arrested for choking his white wife in public, and assaulted a police officer who arrived to protect her. He’s held up as a respected elder statesman, by woke media, as he pretends to represent the women disenfranchised by Dobbs.

July 4th additionally embitters Bryant for more petty grievances. The Supreme Court ruled police officers cannot be sued for not including the Miranda statement during arrests. The environment is in the toilet and we’re all doomed. Praying coach Joe Kennedy’s Supreme Court victory ruined separation of church and state. People (outside of Detroit and Chicago) are reeling because there are so blasted many guns. All of it ruined Bryant’s drive home for the holiday.:

“The U.S. Supreme Court has run a chain saw through what two generations of Americans had known to be the legal baselines of their lives. Tens of millions of women today do not feel freedom and certainly are not celebrating independence. The people who can become pregnant who feel celebratory toward the Court may do so from the victory of their position, but it nevertheless remains true that the power of choice -- and the right to privacy -- has been taken from all of them.”

That’s funny. It seems like the Supreme Court’s black-robed bandits took a chainsaw to prayer in school and the sanctity of human life in the 1960s and 1970s. The Left had gotten so comfortable with judicial activism that they assumed it would always suit their unconstitutional fancies.

White America believes this is their country, says the black Bryant. The out-of-control protests of 2020 have sadly given way to petty news like the media attention over LeBron James becoming a billionaire. Racial grievances marring sports just ain’t what they used to be in the good old days.

There have always been separate set of rules for white America, and Jan. 6, 2021 crystalized it. So let’s all reject paid patriotism and chainsaw-wielding Supreme Court justices as we settle into a depressing mood in the aftermath of a truly rotten 4th of July.