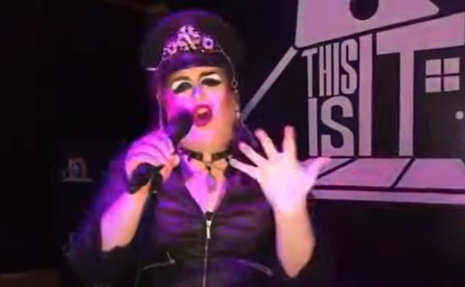 “The drag gods have spoken," Schultz wrote. "And based on the Mets’ and Red Sox’ current records, they approve."

The “right people” are those who attend sporting events to see athletic competition, not events sure to confuse the heck out of their impressionable children. And those like Rep. Marjorie Taylor Greene (R-Ga.), who last week introduced a bill to protect children from drag queen story time, also tweeted that federal funding should be withheld from schools intentionally confusing children about gender and sexuality.

“It was also a sign that the Red Sox were willing to welcome and embrace more aspects of LGBTQ culture than just our wallets,” Schultz said in his pride month review.

The Mets soon featured Jan, from RuPaul’s Drag Race, to sing “Take Me Out to the Ballgame.” Gag. Take me out of the ballgame.

This is all so refreshing to LGBT loudmouth Schultz, who insists these are perilous times for drag queens, the left’s favorite fetish:

(W)hat’s notable is the fact that two MLB teams welcomed them on the field during a time when the drag community is facing serious threats from opportunistic pundits, social media personalities and politicians.[...]

Ordinarily, making drag queens part of Pride Night may seem like a small gesture. But in the face of these disturbing developments, spotlighting queens on the field promotes the idea that they are welcome and accepted for who they are.

Schultz says it's also crucial that drag queens are being celebrated by an institution as mainstream as Major League Baseball (MLB) at a time where drag culture is a target.

“After all, it’s kind of hard to argue you’re representing ‘real America’ when you’re going against baseball,” Schultz also said.

On the corollary, professional sports like baseball left “real America” when they sold their souls to the LGBT fascists. With their woke and disturbing promotions of decadence, pro sports are rapidly giving traditional fans a royal kiss-off.

Schultz calls the drag queen events legitimate art. They are in reality further evidence of a declining culture. Baseball, hot dogs and apple pie has sunk to new lows - baseball, deviance and depravity. No, thank you.