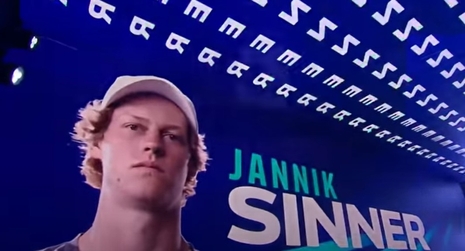 The scientific investigators stated: “It is definitely not normal for so many mainly young athletes to suffer from cardiac arrests or to die while playing their sport, but this year it is happening. Many of these heart issues and deaths come shortly after they got a COVID vaccine. While it is possible this can happen to people who did not get a COVID vaccine, the sheer numbers clearly point to the only obvious cause.”

One America Network found that the average age of the ailing and dying athletes was just 23. Dr. Joseph Mercola also said the unprecedented surge in cardiac arrest and other heart issues among elite athletes coincides with COVID-19 jabs.

Sharp said this is no coincidence, not when “the Pfizer vaccine is known to cause heart inflammation.” Many doctors treating these players list their injuries and deaths as being directly caused by the vaccine … This is not a coincidence.”

Earlier this month, 15 vaccinated tennis players dropped out of the Miami Open due to adverse vaccination reactions. Among them were Jannik Sinner (appearing in above photo), ranked 12th in the world, and Paula Badosa.

Kyle Warner, a 29-year-old professional mountain biker, received his second dose of the Pfizer COVID-19 shot last June and suffered a reaction so severe that he spent months in bed. Jeremy Chardy suspended his pro tennis season because of a severe reaction to the COVID-19 vaccination. Triathlete Antoine Méchin is facing the potential end to his career after receiving Moderna COVID-19 injections. After his second dose, he experienced a pulmonary embolism.

Warner commented, “I believe where there is risk, there needs to be choice. Instead, People are being coerced into making a decision based on lack of information versus being convinced of a decision based on total information transparency.” See Kyrie Irving, unvaccinated guard for the Brooklyn Nets, who was not allowed to play home games for most of the season.

Despite evidence contrary to the left-wing narrative, Dr. Anthony Fauci, director of the National Institute of Allergy and Infectious Diseases, and Dr. Rochelle Walensky, director of the Centers for Disease Control, are discounting the seriousness of these problems.

If you had not heard this news, it’s not surprising. Big Tech and the media are suppressing it.