SBNation: Why Would Kyrie Irving Avoid Jab, One Of ‘World’s Wonders’? 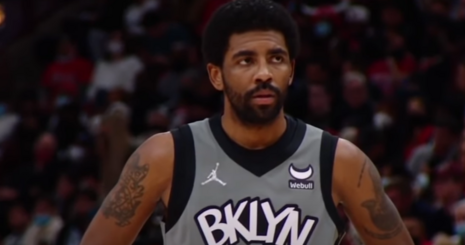 A perennial all-star, Irving has refused to be vaccinated and has only been allowed to play in two NBA (road) games all season. New York and Brooklyn have jab mandates which have prevented him from practicing or playing at home this season. More on his playing status below, but let’s first get back to O’Donnell, an exaggerator-extraordinaire.

“The Covid vaccines are a massive achievement for humanity,” O’Donnell wrote (emphasis added). Except when they’re not.

Late in the current NFL season, and even though the overwhelming majority of NFL players had been vaccinated, COVID roared through the league. For example, in December, 18 members of the Cleveland Browns tested positive, and 21 members of the Washington club were on injured reserve with the coronavirus.

The NFL responded to the crisis by surrendering in part, by changing guidelines to allow asymptomatic players who tested positive to return sooner.

The NBA postponed nearly a dozen games in December. More than three dozen players were on the COVID list.

That’s some “massive achievement for humanity,” all right.

O’Donnell also insists vaccines “are safe and effective.” Except when they’re not.

The CDC reports these side effects: pain, swelling, headaches, nausea, fever and more. But here are the big ones: death, thrombosis, severe allergic reaction, damaged immune system nerve cells and inflammation of the heart.

Stefan Bondy, of the New York Daily News, theorized yesterday that New York City and Brooklyn could potentially allow Irving to play in exchange for paying small fines. He still believes Irving should get vaccinated though.

O’Donnell says the Nets should not allow Irving to sneak through a “loophole” by paying fines. He “has never given a sensible reason for refusing to get the vaccine.” He’s merely being ignorant, and the Nets should hold the hard line on vaccination, O’Donnell insists.

With Irving now playing only in road games, the impact of COVID and vaccinations on pro sports just keeps getting weirder. Just as the media’s denial on vaccinations – see O’Donnell – just will not let up.