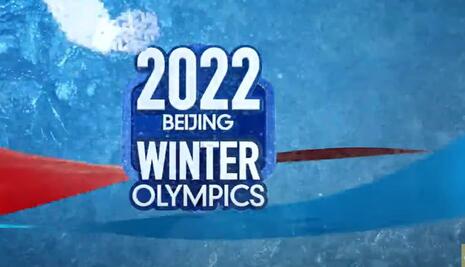 The 2022 Winter Olympics are coming up Feb. 4-20 in Beijing and many people around the world are treating this opportunity for communist propaganda like the Wuhan virus. Even the Biden Administration is refusing to send a delegation. Some folks, though, don’t have any compunctions against associating with an evil, oppressive Chinese regime.

Thirteen U.S. corporations are stiff-arming pressure to stay away from Beijing. They plan to spend big bucks on advertising campaigns for these highly contentious Winter Games. Also, Yahoo posted a “fun facts” guide for the Beijing Games occurring in a joyless dictatorship.

A coalition representing Uyghurs, Tibetans, residents of Hong Kong and others on Monday called for a full-blown boycott, AP’s Stephen Wade reported. International human rights groups have asked the International Olympic Committee to remove the Olympic Games from China, without success. The U.S. State Department cited its concern for “genocide and crimes against humanity” in the past year against Muslim Uyghurs and other minorities in the western region of Xinjiang.

Last winter, China threatened Canada with “serious consequences” if it boycotted the Games. The Canadian House of Commons voted 266-0 to declare China’s treatment of the Uyghurs as “genocide.”

Human rights groups and journalists have pressured the companies to speak out against China targeting ethnic Uyghurs in Xinjiang for forced labor. None of them have agreed to do so.

The American corporations will instead become pawns for the ruthless Chinese dictators peddling propaganda about how wonderful life in that Asian nation supposedly is. Steven Fox, executive chairman and founder of Veracity Worldwide, confirmed that to Axios: “Companies will want to be as neutral as possible and say, ‘It’s not our place to play politics.’ “

Selling their souls for Chinese money, the U.S. companies sponsoring the next Olympic Games are too fearful to make any political statements that would anger the Chinese Communist Party (CCP). Unlike last year when hordes of American corporations wildly swung political here in the States, they fear the Chinese government.

Burack wrote that U.S. corporations are already promoting China positively by catering to its demands in order to profit from that country’s markets. We’ve already seen this with Intel. China did not approve of its new chip processor, made by Apple, and it was removed.

The website Apple Censorship stated: “Complying with governments’ orders is different than complying with law, especially in China, where the authorities often resort to extra-legal means to muzzle the press, bloggers, activists for any dissenting voices.”

It’s unrealistic for Americans to think the corporations sponsoring the 2022 Olympics will tell it like it is in China because that would only get them in big trouble there. That would trim the bottom line: profits from Chinese consumers who are force-fed only what the regime allows.