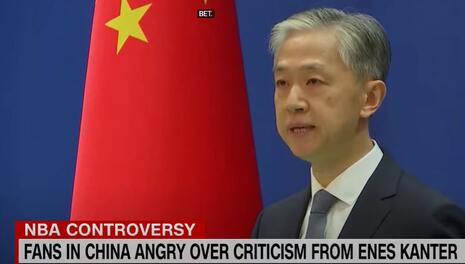 The hapless, spineless NBA could not even make it through the first week of the new season without kowtowing to its would-be Chinese masters. The Chinese communists now refuse to air Boston Celtics games after one of its players spoke out against the brutal regime. China is the NBA’s largest market, and Chinese revenue talks loud enough to silence the league’s situational social justice gibberish.

On Wednesday, the Celtics Enes Kanter, a 6'10" center from Turkey now in his 11th NBA season, tweeted a video criticizing Chinese leader Xi Jinping and the Chinese government. He dared to tell China’s dictatorship to free Tibet and accused China of brutality against Muslim groups and depriving Tibet of human rights:

“The Chinese government has sent Uyghurs, along with Kazakhs, Tajiks and other Muslim groups to concentration camps for...anything that does not align with the Chinese Communist Party’s agenda…. It is so disappointing that the governments and leaders of Muslim-majority countries are staying silent while my Muslim brothers and sisters are getting killed, raped and tortured. 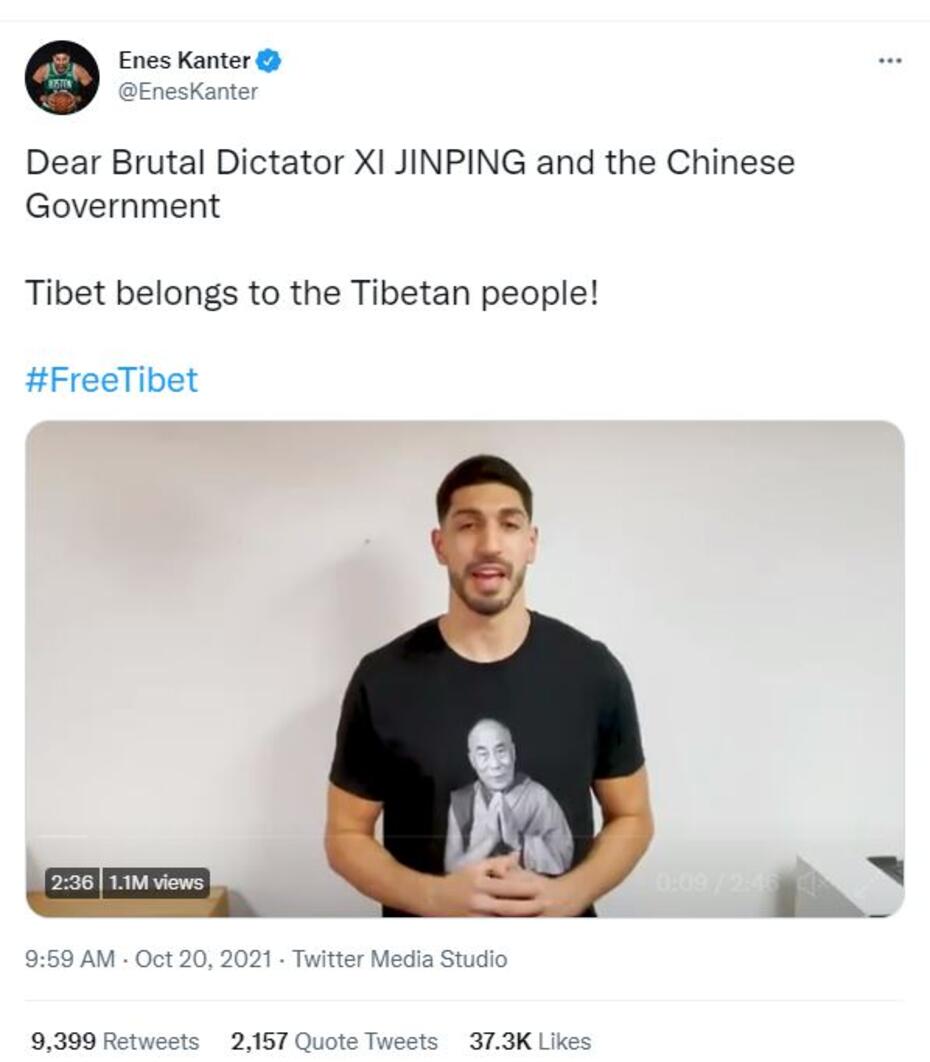 Faster than you can say, “Daryl Morey,” the man who in 2019 as then Houston Rockets general manager, angered China by standing with Hong Kong in its quest for freedom, China shut down Boston game broadcasts for the season. China spokesman Wang Wenbin (in above photo) says his country will not accept attacks questioning Tibet's so-called "progress". Two years ago, Morey’s social media comments prompted China to ban all NBA broadcasts for that season.

In 2019, NBA stars like LeBron James refused to stand by Morey or up to China. James makes a fortune from a Chinese shoe contract, and he said Morey was misinformed about China. The craven NBA called Morey’s remarks “regrettable.”

If Boston trades Kanter away or releases him, their games may return on China’s media platforms.

The Washington, D.C., office of the Dalai Lama issued a statement on Kanter to ESPN, showing more support of him than the NBA has thus far. The NBA’s official website says: “The NBA had no immediate comment and the Celtics were not practicing Thursday. It was also not immediately clear how long Tencent’s plans to not air the Celtics would last. … China’s Communist leaders are extremely sensitive to anything they view as outside interference in domestic political affairs.”

Outkick writer Anthony Farris noted that the NBA likely can’t survive as it currently does without its Chinese revenue stream. Thus the NBA’s Velcro lips on China’s human rights atrocities.