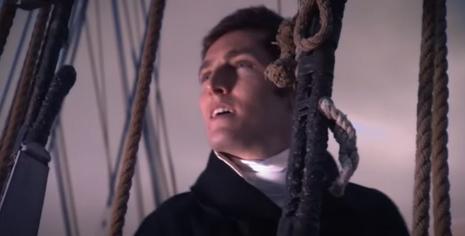 The National Football League is figuratively going through a frantic two-minute drill to placate the Black Lives Matter crowd, and a sports blogger from The Shadow League is whining that the league's lengthy list of social justice activities is too little and too late. Rhett Butler writes that the league's decision to play the black national anthem "Lift Ev'ry Voice and Sing" is wise, but placating at the same time.

Every NFL game in Week 1 will feature live or taped renditions of the black anthem “Lift Every Voice and Sing” prior to the playing of “The Star-Spangled Banner.”

Butler says the league is also collaborating with players "to recognize victims of systemic racism throughout the season," displaying the names of police brutality victims on helmet decals or jerseys patches, offering educational programs and public service announcements about victims and their families. While the NFL is sucking up to BLM, these gestures are not near enough to please Butler.

The NFL is trying to make up for its "initial lack of foresight," Butler charges, and The Star Spangled Banner must be completely erased.:

"However, for many it is a little too late as the whiff of placating is strong in the air. Not only is the league late on recognizing police brutality as the catalyst for protesting of all forms currently, but also in the way they are rolling out the Black national anthem gesture.

"Playing it before the official U.S. national anthem is a bad look. They should play ONLY 'Lift Ev’ry Voice and Sing' which would have greater impact."

Butler goes on to call recognition of President Abraham Lincoln as "the so-called great 'Emancipator'" overblown and says "there is literally no reconciliation for the Star Spangled Banner or its author, Francis Scott Key." Because Key (represented in photo above during a Smithsonian Channel dramatic portrayal) was a racist who was merely "resting" aboard a British ship while watching the battle at Fort McHenry in the War of 1812.

“Lift Ev'ry Voice and Sing” was written by James Weldon Johnson during the start of the Jim Crow era. Weldon was a writer, civil rights activist and college professor who, in 1917, went to work for the NAACP. Booker T. Washington had already endorsed the song in 1905, and it became the NAACP's official song in 1919.

"The song became a rallying cry for black communities but it can do the same for America," Butler suggests.

As we watch Fourth of July fireworks and recognize the sacrifices made for our freedom, we should understand why, according to Butler, the Star Spangled Banner must be erased. It's because Francis Scott Key was "afflicted with the pandemic known as racism. He was a forced labor camp owner and staunch believer in keeping people of color down."

For this reason, protesting athletes kneel during the national anthem. It's also justification for "why the NFL should use this moment to shed light on the only American anthem sans hypocrisy, Lift Ev’ry Voice and Sing," Butler concludes.