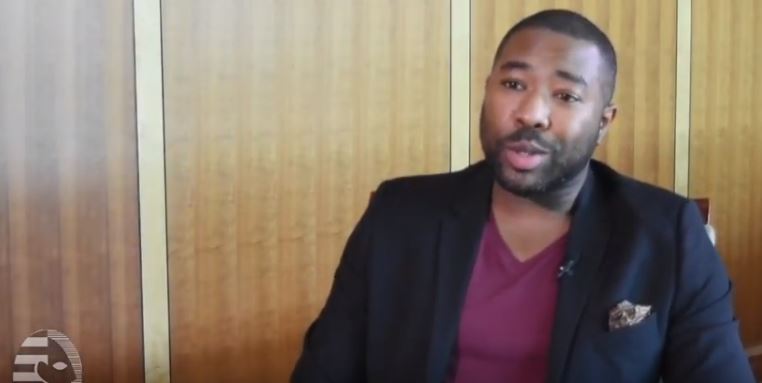 There's no need for African American NBA players to stand with Hong Kong, not when America has far greater flaws, wrote The Shadow League blogger Carron J. Phillips. It's not their responsibility to save the world, especially a problem created by a white man, he argued. Instead, they should focus on overcoming white privilege and police brutality in America.

"Despite having talents that seem superhuman at times, it’s not the responsibility of black players to fix the NBA’s business relationship with one of their biggest partners, which was strained due to a now-deleted tweet from Houston Rockets General Manager, Daryl Morey," Phillips (seen in file photo above) wrote earlier this week.

Phillips also bemoaned the fact that Houston Rockets guard James Harden "had to offer an apology last week" for Morey’s controversial tweet in support of protesters in Hong Kong. Now Harden, who is African American, understands it's not his cause.

The same goes for LeBron James, who's getting raked over the coals for standing taller for profits in China than the ideals of freedom, according to Phillips. James should be free from criticism though, and not just because China is lavishing great wealth on him.

After all, he gave California Governor Gavin Newsom (D) an HBO forum (The Shop) to re-direct wealth to college athletes. It's also top priority for James to wear hoodies in honor of Trayvon Martin, "I can't breathe" t-shirts, raise money for Democrats like Hillary Clinton and to write "u bum" messages to the president. James has made no bones about his priorities over the years: it's about the all-mighty dollar and social justice.

Freedom for Hong Kong is off the table for Harden, James and other black NBA players: "As a black man, James is more than likely reeling, like most of Black America, from the death of Atatiana Jefferson," Phillips said. "[T]he 28-year-old was killed by a Texas police officer while babysitting her nephew.

"These are the kinds of things African-Americans deal with in 2019, so excuse players like James and Harden for not having any desire to throw on their capes to help save an American professional sports league from something that has nothing to do with them."

To Phillips, it's flawed thinking for people to believe that the NBA stars need to fix the NBA’s problems. "They want them to 'shut up and dribble,' remember?," says the sarcastic Phillips. “'Stick to sports' is cool to tweet until you need a black athlete to help fix your problems so that you can sell shoes and close TV deals in China."

Phillips says the NBA should learn from the China debacle that if it ever wants players to serve as diplomats in the future, "it would behoove them to be more supportive of their efforts to be free in their own backyards ... and living rooms ... ."