Former Dallas Cowboy to Marry a Man, Wants to Tell VP Pence He Was Born Gay 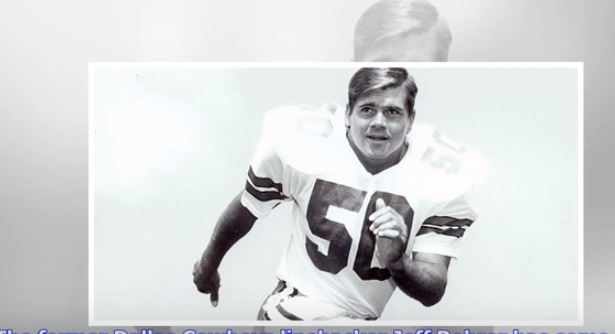 Media are today tripping over each other to report on this weekend's gay wedding of a former Dallas Cowboys football player. Jeff Rohrer played for Coach Tom Landry's Cowboys in the 1980s, but now he's famous for being the first (known) man ever to play in the NFL and marry another man. The story immediately became political, and Vice President Mike Pence became the anti-hero.

Outsports, an LGBT blog associated with SBNation, and CNN quote Rohrer as saying:

"My experience is that people are born gay, and anyone who wants to dispute that I'd be happy to have a conversation with them, including Mike Pence. I'd love to sit down with him."

During the Winter Olympics in South Korea this year, U.S. skater Adam Rippon complained about Pence leading America's Olympic delegation during the Winter Games opening ceremony. As the former governor of Indiana, Pence had angered progressives for trying to preserve religious liberty. Throughout the last Winter Olympics, Big LGBT and its media lemmings directed no shortage of hate at Pence while he attended the Games.

As for Rohrer's "born gay" claim, no scientist has ever proven any such thing. Few media are brave enough to counter the LGBT leviathan on the genetic claim. The New York Times' Vincent Mallozzi did not run the "people are born gay" quote in his article in the paper's Weddings section, though, probably because his publication sensationalized that claim 25 years ago and later backtracked when genetic research shot down the theory. Three years ago, The Atlantic magazine science writer Ed Yong concluded claims of genetics are "fatally weak." CNN and others today refused to challenge the false comment.

Rohrer is 59 and a divorced father of two children who only came out recently. Looking back, he said, “If I had told the Dallas Cowboys in the 1980s that I was gay, I would have been cut immediately. It was a different world back then, people didn’t want to hear that.” Returning to the present, he says, “I’ve given at least five people heart attacks with this news. But for the most part, many of my closest friends, including some of my former teammates with the Cowboys, could not have been more happy and supportive.”

Billy Bean, a Major League Baseball executive who announced he was gay after retiring from the game, said, “It’s hard to explain how damaging the closet can be. I think Jeff is going to be very happy about his decision to come out. I was paralyzed with fear until I stopped living in denial, but once I came out, my relationships with family and friends improved as I no longer had to be guarded around them.”

The Times' Mallozzi went full "wedding page reporter" on Sunday's milestone event: Most of the 150 guests will receive champagne and a rose quartz stone, and an amethyst stone "to hold and place their hopes and wishes for the couple during their exchange of vows before the Rev. Jon Olson, a Universal Life minister." The couple will wear Salvatore Ferragamo midnight blue tuxedos, and after photos:

"(G)uests will dine on grilled lamb chop lollipops with carrot harissa and market vegetable kebabs, and also enjoy a full raw bar with crab, shrimp and fresh oysters complete with live shucking and desserts, including a wedding cake by Sweet Lady Jane."

Mallozzi cited SBNation as a source stating there were only seven previously known gay players in NFL history, and all of them kept their sexual preferences secret during their playing days. Most recently, Michael Sam was a known gay football player from the University of Missouri who was drafted, but did not make an NFL team.

USA Today celebrated the Rohrer news with an 18-photo slideshow of athletes who have come out of the closet.