More controversy has erupted between Mike Pence and another openly gay U.S. athlete at this winter’s Olympic games, all in the name of tolerance and homosexual acceptance. It’s one small step for gays, and one giant, exasperated “Oh, shut up!” for the rest of normal America.

It all started when Pence was named the head of the official U.S. Olympic delegation for this year’s games in Pyeongchang. Of course, USA TODAY had to ask one of the only two openly gay olympians what they thought about it, and Adam Rippon did not mince words. He responded, “You mean Mike Pence, the same Mike Pence that funded gay conversion therapy? I’m not buying it.” 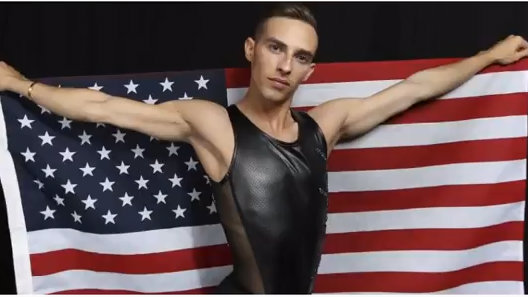 He also made sure to let the public know that if Pence were to want to wish the athlete luck or shake hands prior to an event, he probably wouldn’t oblige, saying:

If it were before my event, I would absolutely not go out of my way to meet somebody who I felt has gone out of their way to not only show that they aren’t a friend of a gay person but that they think that they’re sick.

However, the vice president’s staff responded shortly thereafter, denying the allegation. Press secretary Alyssa Farah rebutted, “Rippon’s accusation is totally false, and has no basis in fact. Despite these misinformed claims, the vice president will be enthusiastically supporting all the U.S. athletes competing next month in Pyeongchang.”

To add to the confusion, USA Today reported on Wednesday that Mike Pence had tried twice to arrange meetings with Rippon, after hearing about his criticism. Pence attempted to contact Rippon with the help of a U.S. Olympic community, but was allegedly denied both times.

The vice president’s office made a statement Wednesday evening to deny that Pence ever sought a meeting, essentially calling the USA Today report “fake news.” In light of the ongoing miscommunication, Pence directly tweeted a conciliatory message to Rippon saying “I want you to know we are FOR YOU. Don’t let fake news distract you. I am proud of you and ALL OUR GREAT athletes,” adding that it was his hope that Adam and his fellow Americans would bring home the gold.

Pence’s public message was not well-received on social media where libs were furious with Pence’s alleged hypocrisy and co-opting of the term “fake news.” One person stated, “If you’re there for him, what has your administration done for Adam and all LGBTQ population?” Another said, “Funny. Your record doesn't seem to indicate you're for anyone in the LGBTQ+ community. Does that change if an Olympic gold becomes involved?”

In the end, Rippon finally responded Thursday morning, saying that he would be open to a meeting only after the games are finished. He stated, “I mean, after the competition I'll have an open conversation,but the opening ceremony is tomorrow. I'm really focused on the competition. I've waited 28 years to get here. I'm trying to stay focused.”

Way to stick it to the man, Mr. Rippon! But thank goodness that you’re not allowing any drama to throw you off your groove. That would be uncool. Just let Mike Pence take the heat.