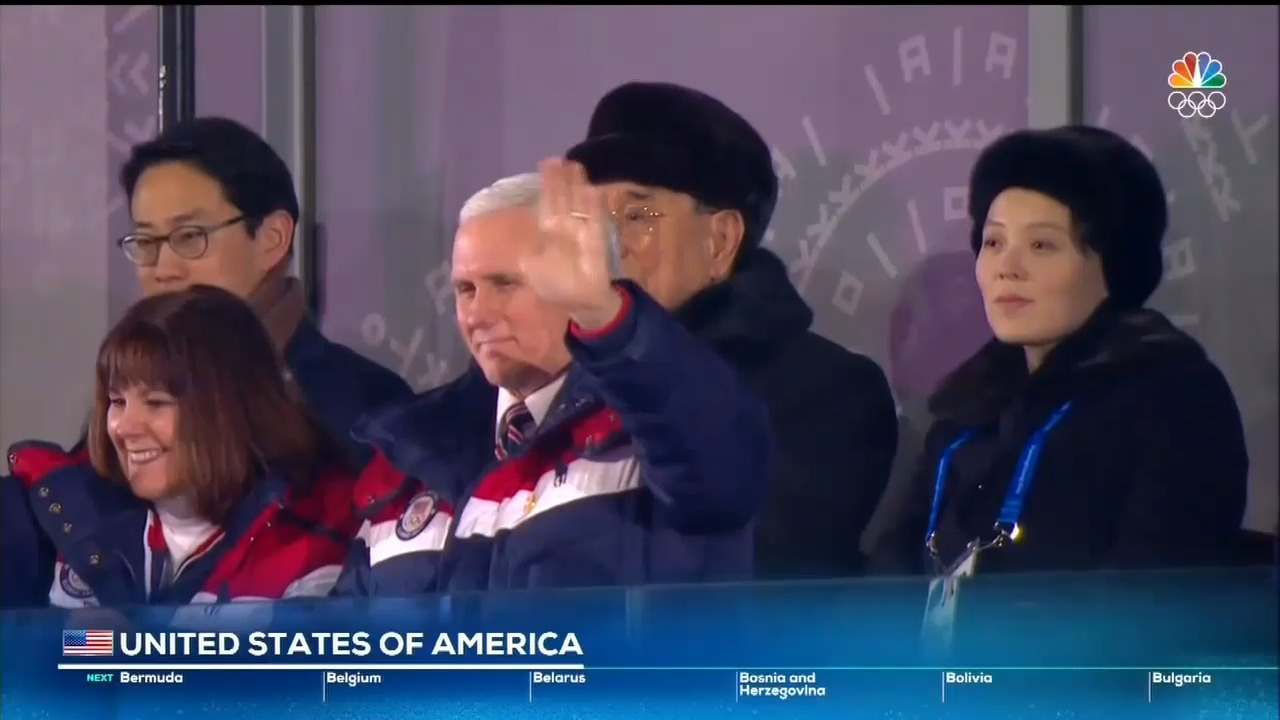 The Winter Olympics were a mess from the get-go, and the blame rests with Vice President Mike Pence. He politicized the Games by hijacking the NFL players' protests when he remained seated during the introduction of the Unified Korean team during the opening ceremonies. Pence's high visibility at the Winter Games in South Korea is making him the prime target of many in the media, including Carron J. Phillips, sports writer for the New York Daily News.

Phillips wrote that politics, racism and bigotry are ruining the South Korean Games and the VP is to blame. "The Vice President has become the biggest story at the Olympics so far since he decided to protest during the opening ceremony, when he remained seated during the Unified Korean team's introduction."

Pence's refusal to stand amounts to hijacking "the NFL players’ protest from last season when certain players kneeled or remained seated during the national anthem," Phillips wrote. This is no surprise to him because Pence also disrespected American athletes when he left an Indianapolis Colts' game in 2017 after pro football players kneeled during the playing of the Star Spangled Banner.

Phillips also chastised the Vice President for the controversy over homosexual figure skater Adam Rippon, who is using the media to advocate against conversion therapy. It's a favorite target of the LGBT pressure groups and their compliant media. Rippon and his media friends, including Phillips and a group of writers at USA "LGBT" Today, are portraying Pence as the champion of this therapy, which nine liberal states have outlawed.

And Phillips implied racism against USOC because American luger Erin Hamlin carried the U.S. flag into the opening ceremonies and "She's white." Speed skater Shani Davis lost a coin flip to her for that honor and "He's black." That was determined by the flip of the coin, and surely the coin flipper was not a racist.

The Daily News writer closed with a comment that "just days into the 2018 Winter Games, we're seeing that the more things change, the more they stay the same. Especially when it comes to the politicization of the Olympics." I agree that sports are becoming much more politicized than ever. But it's not Mike Pence's doing. It's the media's.