1619 Project creator Nikole Hannah-Jones has employed her victimhood status to devastating effect in her professional career. Now, her recent suckering of UNC into giving her tenure - and then ultimately rejecting it - shows us all how race-baiters have been playing the American public for fools. 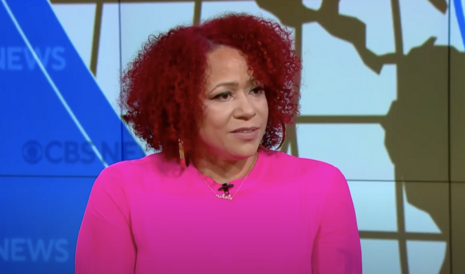 According to Slate, Hannah-Jones just rejected University of North Carolina-Chapel Hill’s offer of tenure after weeks of demanding the school give it to her. After finally guilting the school’s board of trustees into granting her tenure along with a teaching position they gave her in May, the Pulitzer prize-winning journalist said she wasn’t interested anymore and instead took a tenured position at Howard University, a Historically Black College.

And for the nice cherry on top, the 1619 Project author claimed she thought racism was at play in UNC dragging their feet. Checkmate. Great job, UNC, you let the professional wokester castrate you.

As MRCTV reported, just last week the controversial journalist was able to get UNC’s board of trustees to grant her tenure, which they originally denied Hannah-Jones after hiring her as “the Knight Chair in Race and Investigative Journalism” in May. The Hill reported last month that the journalist went through an “extensive tenure approval process,” but the trustees voted to not grant it to her. At the time, Hannah-Jones complained that she should have been tenured as that faculty position usually includes it. The journo’s legal team also insisted that the author would not accept the position unless she got the tenure.

Though the board did mention any specific reason as to why they denied her tenure, the outlet surmised that their decision may have hinged on complaints brought up by multiple North Carolina conservative groups, which demanded Hannah-Jones not receive tenure.

“Those groups specifically called out her role in The 1619 Project, which examines the role slavery played in the U.S. founding," The Hill authors wrote.

Ultimately, UNC trustees decided to reverse their decision and, in a 9-4 vote on June 30, granted Hannah-Jones tenure with her new position.  Even so, not even a week later, Hannah-Jones said no thanks and rebuffed UNC’s offer in total, telling CBS This Morning's Gayle King on June 6 she will be teaching at a different school.

“I’ve decided to decline the offer of tenure. I will not be teaching on the faculty of the University of North Carolina at Chapel Hill,” she told the host, adding that it was a “difficult decision.”

She did mention she got her better gig, however, saying, “I will be the inaugural Knight Chair in race and journalism at Howard University.”

Of course, King asked why Hannah-Jones reversed her position after weeks of work getting UNC to reverse their initial decision, and it was because of racism – surprise, surprise.

“This was a position that since the 1980s came with tenure," she said. "Every other chair before me, who also happened to be white, received that position with tenure.”

Oh, it was because of race - and not the fact that Hannah-Jones’ contribution to journalism is a bit of historical fanfiction that takes the founding principles of America out of context for the sake of promoting racial resentment.