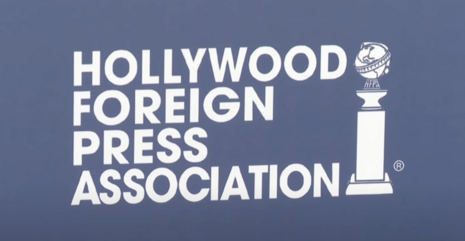 The HFPA hasn’t met the standards of Hollywood’s current diversity obsession and in turn NBC has cancelled its 2022 award show following criticism from major Hollywood players that the organization is not woke enough.

According to IndieWire.com, “The Hollywood Foreign Press Association, which puts on the annual fete [Golden Globes], was criticized for having zero Black members among its voting body of 87, among other corruptions within the organization.” Ah, we see. As a result NBC is calling for a total and complete shutdown of the 2022 Golden Globes until HPFA members can figure out what the hell is going on.

The outlet confirmed, “The 2022 Golden Globe Awards have been canceled by NBC as the Hollywood Foreign Press Association tries to reform amid mounting controversy.”

The HFPA apparently has been slow to adhere to Hollywood’s diversity initiatives, i.e. making sure there are minorities being hired by major entertainment industry firms because not doing so would be racist. A Los Angeles Times exposé on HFPA’s flagrant social justice abuses was the initial catalyst for getting the 2022 Awards show pulled. In addition to not having a black member, the paper found that the “organization had voted not to hire a diversity consultant in the wake of the Black Lives Matter protests last summer” (that is the unforgivable crime -- failing to benefit the race guilt industry).

The piece claimed that the HFPA “also declined to participate in press conferences for ‘Bridgerton,’ ‘Girls Trip,’ and ‘Queen and Slim,’ among others” (productions notable for their diversity.)

The fact that such a major industry coalition would go into 2021 without having an African American in its membership, nor a professional diversity coordinator, cried out to social justice heaven for vengeance, and of course the diversity angels were swift to get the Hollywood Foreign Press cancelled. Among these arbiters of social justice included indignant Hollywood actors like Mark Ruffalo, Scarlett Johansson and others, who called for Hollywood to “step back” from the association.

Three-time Golden Globe winner Tom Cruise even returned each of his awards to the organization in protest of their racism. Diversity-obsessed filmmaker Ava DuVernay praised Cruise for the move, remarking that it’s a “stand against their sexist, homophobic, racist practices of exclusion, harassment and bias.” In addition to them, Netflix and Amazon Studios have also refused to work with HFPA until the group had their reckoning. Yep. These are all heroes through and through.

And what could HFPA do against that kind of industry influence screaming that it’s racist? Not much. They did set goals for themselves to increase their diversity in the immediate future. Variety reported, “On May 3, the HFPA announced it is aiming to add 20 new members in 2021, with a goal to increase its full membership by 50% in 18 months, all with a focus on recruiting underrepresented groups.”

Unfortunately, HFPA’s appeasement strategy didn’t work. The pressure was too great and NBC pulled the plug. Though at least HFPA doesn’t have to suffer another year of piss poor awards show ratings like its woke friends at the Oscars.