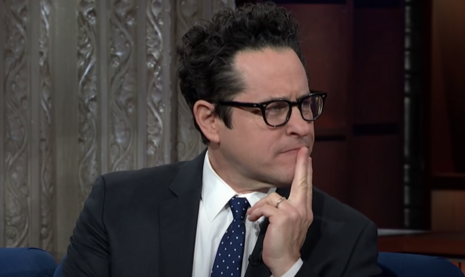 The event, which will be chaired by Murphy and his husband David Miller, features a whopping attendance fee of $10,000, though that’s probably chump change for most of the event's illustrious and mega rich guests. That’s just the threshold, though.

Guests who would like to "co-host" the virtual event must contribute $100,000. Listed as co-hosts are Hollywood names like Don Cheadle, horror franchise producer Jason Blum and his wife Lauren, actress Brigid Coulter and many others.

Folks who would like to be event "hosts" have to provide more than double that amount, by donating a minimum of $250,000. Among these exorbitant spenders are Abrams (a big donor to lefty causes, particularly pro-abort ones), actress Katie McGrath, Big Bang Theory creator Chuck Lorre, and William Getty, grandson of oil baron J.P. Getty.

All the evening’s donations will go to the Biden Victory Fund, which is a joint committee of “Joe Biden’s campaign, the Democratic National Committee and state parties.”

The rest of the invitation stated, “In less than twelve weeks, we have the chance to make history and elect Joe Biden as the next President and Senator Harris as the first woman to serve as Vice President.” Well, an old, almost senile old man, and a former California attorney general/failed 2020 presidential candidate. That should get the champagne and money flowing.

Though, sarcasm aside, Biden-Harris fundraisers have been dragging in a considerable amount of money for the presidential ticket. On August 21, a George Clooney-hosted virtual fundraiser for Biden-Harris dragged in a massive $7 million. And that was only one evening featuring 25 donors.

It’s crazy. And to think, many strategists say Biden has an enthusiasm problem. Well, if that’s the case, then hatred of Trump really generates the big bucks. Well, we all knew that.