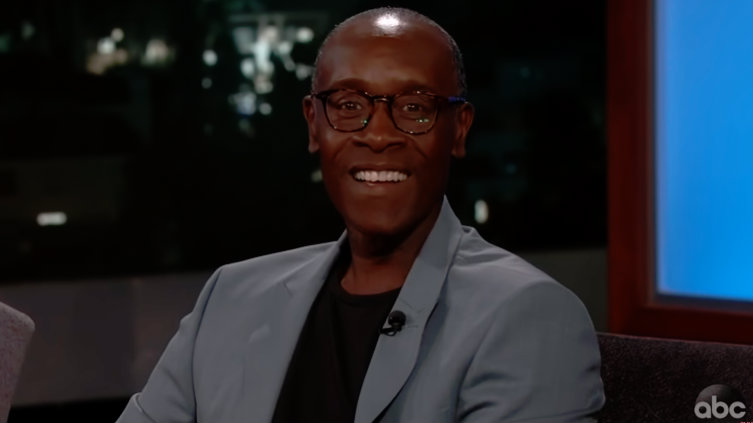 You know the power of imagination is one of the most important characteristics of the mind of a child. Just ask Don Cheadle about his ever-more involved fantasies about the death of President Donald Trump. They’re getting more creative. A couple of years ago he just wanted Trump to “die in a grease fire.” Now the actor is on record to say that he wished Trump could be killed off by Marvel supervillain Thanos and his infamous Infinity War “snap.”

Give a mic to these people and watch them say the dumbest things. And then weep for the fact that millions of people read those dumb things and applaud them. Weep deeply.

In a Variety interview, the Hotel Rwanda and Avengers: Endgame actor talked about the latest installment of the Marvel comic book movie franchise. The movie is a huge deal and has reportedly opened at a whopping $1.2 billion. Combine that with elite society’s hatred of Trump and you can set the media world on fire.

Clearly this is what Cheadle managed to pull out of his magic Hollywood hat. Discussing Thanos, the purple alien enemy of the Marvel superheroes, Cheadle wished that he and his galactic evil were real for one small reason, that is to kill the current president of the United States.

Upon being asked by the interviewer whether there was anyone he actually wanted “snapped” out of existence by Thanos (these are the tough questions, folks,) he replied, “I think we all know. I’m on Twitter pretty heavily. Yeah. I’ve snapped that dude out a couple times.”

Yes, yes. For anyone not familiar with the reference, Thanos’ infamous “snap” with the “Infinity Gauntlet” killed half of the universe’s population by turning them to ash at the end of the previous Avengers movie. It was a distressing moment for many comic book fans, as some of their favorite heroes like Spiderman dissolved at the snap of the golden-gloved madman.

But for Mr. Trump, that kind of death would be fitting according to the morally-handicapped lefties in Hollywood. Too bad though that when Don Cheadle thinks he has “snapped that dude out” on Twitter, his inane opinion is just banished to the void of inane opinions that pile up and do nothing to dissuade the president from continuing to tweet what he feels on the platform.

But you know, he’s just an actor. It makes sense that his solutions to big world problems have to involve a lot of imagination.