Buying the Election: George Clooney Raises Whopping $7 Million for Biden in One Evening 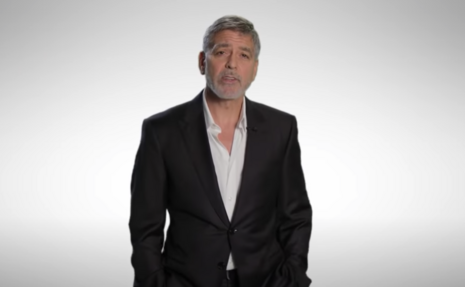 Whatever Biden lacks in charisma and functioning brain cells, his Hollywood friends are making up for with massive amounts of cash.

Variety reported on August 21 that Ocean's Eleven star George Clooney co-hosted a Joe Biden fundraiser that dragged in over $7 million for the Democratic presidential candidate. For one evening, that was virtual and only featured 25 guests, that’s quite a lot of dough.

Co-hosted by Clooney and current Quibi Chairman John Katzenberg, along with several others, including L.A. Mayor Eric Garcetti, the evening happened in an “intimate virtual setting” with 25 donors. The former vice president and his 2020 Democratic vice presidential running mate appeared at the event as well.

In a press release, Katzenberg amplified the stakes of the upcoming presidential election, claiming that “We are in the home stretch now. There is no question this is the most consequential election of our lifetime.” That kind of attitude seems to be spurring massive donations.

Katzenberg and his wife, for instance, have been shelling out to the Biden campaign as if a Trump re-election were the literal apocalypse. In this cycle alone, Katzenberg, a former Walt Disney Studios chairman, and the other Biden event co-host, philanthropist Ellen Bronfman Hauptman, have raised $13 million for the Biden campaign. The Katzenbergs and Hauptmans have donated $3 million to Democratic senate candidates as well.

George Clooney has been a big time Democrat party donor for a while now as well. He and his wife Amal Clooney have made out several big checks to Democrat candidates and progressive initiatives. This past June, Clooney gave a whopping $500,000 dollars to the “Equal Justice Initiative,” a progressive group aimed at fighting “racial” injustice.

Clooney made out the check in honor of “Juneteenth,” the summer holiday celebrated in memory of the day the last slaves found out they were free after the end of the Civil War. Clooney made the donation and sarcastically thanked President Trump as he did so, saying, “My family will be donating 500 thousand dollars to the Equal Justice Initiative in honor of [Trump’s] heroic efforts."

Trump had jokingly quipped that he made Juneteenth “famous,” as the media spent all summer trying to blame him for fanning flames of racial tensions that sprung up in the wake of George Floyd’s death.

In February 2018, Clooney and his wife donated $500,000 to the “March For Our Lives” initiative, a progressive gun control movement launched in the wake of the deadly Marjory Stoneman Douglas High School shooting in Parkland, FL. The Clooney family also hosted two fundraisers for Hillary Clinton’s campaign in 2016 that netted the then-presidential candidate over $15 million.

Though, perhaps the example of the massive cash brought in by the Clinton fundraisers shows that Hollywood money magic isn’t enough to guarantee a Biden victory, they’re sure still going to try.