Despite two months of social justice grandstanding for the sake of groveling to the mob, a major media company may have actually taken a concrete stand against racism by firing an actual racist. 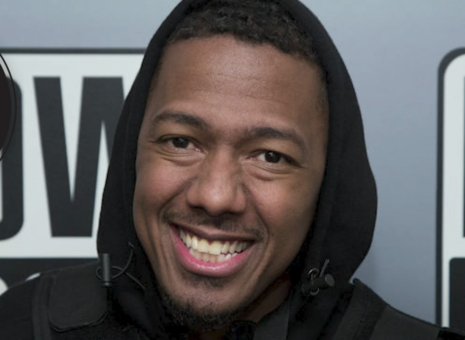 The New York Times broke the news on Wednesday July 15 that ViacomCBS fired Nick Cannon for “hateful speech” and “anti-Semitic conspiracy theories” that he engaged in during an episode from his podcast, “Cannon’s Class,” from June 30.

During the podcast, which went viral in recent days after someone noticed the vile comments, Cannon spouted insane rhetoric that white, or “non-melanated” people as he called them” are “closer to animals” than “melanated people.” And it seems that, because “non-melanated” people can’t harness the power of the "sun," their genetic group has historically suffered from “low self-esteem” and fear of “annihilation,” which has pushed them to rape, subjugate and torture the various brown peoples throughout world history.

He included “Jewish people, white people, Europeans, the Illuminati” as those vicious “non-melanated” people, who he also characterized as “less” than people of color. He also claimed that black people are the true Semitic peoples, referencing the work and teachings of virulent anti-Semite “Nation of Islam” leader Rev. Louis Farrakhan.

Viacom probably would have let the crackpot science go, but Cannon’s foray into anti-Jewish conspiracy theories meant their hands were tied. They axed him from positions at Viacom-owned Nickelodeon and MTV. NYT explained that Cannon “had worked as an executive producer and chairman of TeenNick, a spinoff of the network Nickelodeon geared toward teenagers. He had also been a host and executive producer of the MTV comedy show ‘Wild ’N Out.’”

Of course that’s no more. In a statement ViacomCBS claimed, “We have spoken with Nick Cannon about an episode of his podcast ‘Cannon’s Class’ on YouTube, which promoted hateful speech and spread anti-Semitic conspiracy theories.” They explained that “we are deeply troubled that Nick has failed to acknowledge or apologize for perpetuating anti-Semitism, and we are terminating our relationship with him.”

It was an appropriate measure, although conservative outlet The Daily Wire mentioned the interesting point that Viacom didn’t cite anti-white racism as reason for terminating Cannon,

Cannon responded to public backlash generated by his racist comments, tweeting on July 13, “Anyone who knows me knows that I have no hate in my heart nor malice [sic] intentions. I do not condone hate speech nor the spread of hateful rhetoric. We are living in a time when it is more important than ever to promote unity and understanding.” Oh yeah, this was all just one big misunderstanding, right?

ViacomCBS has made its stance against “racial injustice” clear in recent months, especially in the wake of the death of George Floyd. Nickelodeon for example put on a special in late June, titled, “Kids, Race and Unity: A Nick News Special” that was hosted by Alicia Keys. In early June, ViacomCBS also aired macabre ads on its networks, including NickJr., meant to show kids the horror of George Floyd’s death.

Cannon’s behavior is vile and racist by any standard and thankfully ViacomCBS did what was necessary. NYT attempted to reach out to Fox, as Cannon is currently the host of the network’s popular game show, The Masked Singer. Though Fox has declined to comment so far. Let’s see how long that network keeps an actual high-profile racist on its roster.