Teen Vogue is really pushing to indoctrinate young people into the Marxist designs of the Black Lives Matter movement. Forget fashion, it’s about toppling our capitalism-worshipping bourgeoisie. The magazine has apparently dropped its mission as a purveyor of style tips to young people and adopted one of destroying capitalism, abolishing the police, and – no joke – advocating actual tenets of Anarchism. 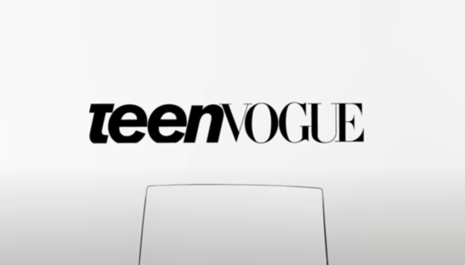 Just take a look at a few of the recent politically-charged headlines from the teeny bopper mag, and you might be shocked at what they’re trying to get your kids to embrace for radical societal change. Teen Vogue has made no qualms about advocating for Karl Marx and his brand of class revolution before, and now that the self-avowed “Marxists” of the BLM movement have come up with the mechanism to overthrow the system, Teen Vogue is gathering the ground troops.

Here are several Teen Vogue headlines from the last month alone that are trying their damnedest to convince your teens to go to your local statue-toppling, or become one with the violence-prone, police-hating mobs, all in the name of “racial” and social justice. Judging by these pieces, high-waisted bell bottoms and gender-neutral clothing are no longer relevant, but burning American institutions to the ground are all the rage.

The first example might be the most insidious. In a piece titled, “8 to Abolition Is Advocating to Abolish Police to Keep Us All Safe,” from June 25, the magazine featured radical anti-cop talking points from far-left org 8 to Abolition. The group wrote that “defunding the police is just the beginning,” and that “we also need to demilitarize our communities by disarming police and removing them from our neighborhoods, hospitals, and schools.”

A Teen Vogue piece from June 26 was titled “Confederate Monuments Getting Removed By Protesters Is a Statement of People Power.” Of course, it’s not hard to tell what that’s advocating for: the destruction of historical monuments because they remind sensitive iconoclasts about slavery. Instead of Teen Vogue trying to instill maturity in its impressionable young readers, they amplified their feelings of anger for the sake of vandalism. One line stated, “When protesters pull down, deface, or otherwise destroy racist monuments erected by governments and other institutions, they are forcing a reckoning.” Way to justify political violence, guys.

In the article titled, “Police Unions: What to Know and Why They Don’t Belong in the Labor Movement,” from June 25, “radical organizer” Kim Kelly cited books like “Our Enemies in Blue: Police and Power in America” in order to turn kids’ ire towards unions that protect the interests of police officers, the only kind of union they don't like.

Comrade June Diavolo wrote a piece for Teen Vogue on June 25, titled, “Occupy City Hall: New Yorkers Are ‘Reimagining’ Public Safety As They Demand Defunding the Police." The contents regaled young readers with hippie dreams of “reimagining society from the ground up” and the first step in achieving that “long term” goal is by demanding that New York City officials “defund the police.”

The magazine produced a piece on June 24 called, “If We Abolish Police, What Happens to Rapists?” Though that’s an obvious question taken at face value, the outlet portrayed it as a trick question, arguing that abolishing the police would actually help sexual assault survivors. On the flip side, the existence of police – whom the piece claimed uphold “white supremacy” – contributes to a more “violent” system. “An inherently violent police state has not and cannot end intimate partner violence for good,” the piece claimed. Sure. The social worker enforcement system should cover it, right?

Another terrible piece was from June 3, which actually advocated for literal “Anarchism.” Imagine that. The piece titled, “Anarchy: What It Is and Why Pop Culture Loves It,” made the case for civil unrest. Check out this justification for anarchism: “It seeks to replace what its proponents view as inherently oppressive institutions — like a capitalist society or the prison industrial complex — with nonhierarchical, horizontal structures powered by voluntary associations between people.”

On June 2, our favorite “radical organizer” Kim Kelly wrote “Class Solidarity Is Our Only Hope Of Survival,” which basically read as a watered down version of the Communist Manifesto itself. Kelly explained how America is undergoing the class struggle between the lower class proletariat and the upper class bourgeoisie, but the upper class tries to keep the lower proletariat beneath them with the “myth of the American dream.” Kelly explained, “[I]t’s a nice idea, but is unfortunately little more than a pipe dream in a country where pervasive, structural inequalities are baked into the country’s own founding documents.”

Another irresponsible piece was “Beyond the Hashtag: How to Take Anti-Racist Action in Your Life” from June 8, and it offered various ways young fashion enthusiasts could fight systemic racism. One method is to “Educate Yourself!” According to the mag, that means learning from Communist American leaders like Angela Davis, or the creators of the “1619 Project,” some of whom believe that “the white race is the biggest murderer, rapist, pillager, and thief of the modern world.” In addition to encouraging access to such stimulating curricula, Teen Vogue also advised joining police “abolitionist” groups, and confronting their own families’ racism.

The piece also hinted at kids engaging in violence, adding, “Respectability, silence, and turning the other cheek to ‘avoid conflict’ is no longer enough."

So, what you’re saying, Teen Vogue, is, foment conflict? Oh, OK. Parents, if your impressionable young teen comes home with a rubber bullet mark on their forehead, make sure you terminate your household’s subscription to Teen Vogue. They are working overtime to poison your kids’ minds.