611 Dead Babies in 1 Week: ‘NYT’ Touts the Benefits of ‘TelAbortion’ During Pandemic

It’s really sickening to think that the folks weaponizing a natural disaster’s death toll to bash conservative policies are also seeking to make abortion as accessible as making a phone call or ordering medication online. 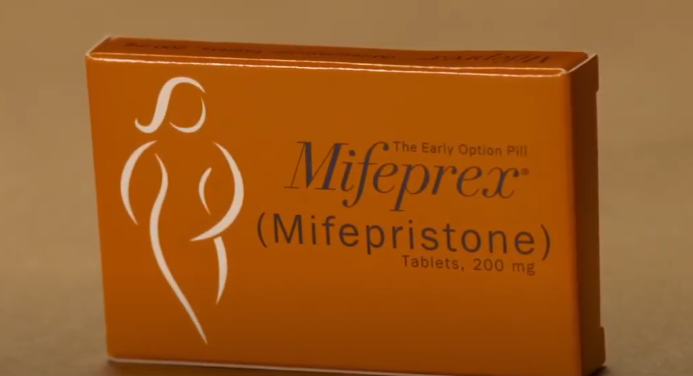 The New York Times reported on the growing prevalence of from-home, do-it-yourself abortions during the coronavirus pandemic. As some abortion clinics have been ruled “non-essential” businesses by state governments in Arkansas, Texas, Oklahoma, etc. -- lamentable for lefties who also say that conservatives aren’t doing enough to save virus victims -- the outlet reassured desperate moms that “TelAbortion” is a popular new option.

NYT explained this innovative method “allows women seeking abortions to have video consultations with certified doctors and then receive abortion pills by mail to take on their own.” The common routine is for women -- 10 weeks pregnant or less -- to take miscarriage-inducing drugs like mifepristone and let the barbaric medication do its work.

The folks who run the “TelAbortion” program seem pretty pleased with how quickly the method has expanded, particularly in the last year when the 5 states that allowed for it jumped to 13. Two of those states -- Illinois and Maryland -- jumped on the bandwagon “as the coronavirus crisis exploded.”

In less than a week, Dr. Raymond’s facilities recorded having “mailed a total of 841 packages containing abortion pills and confirmed 611 completed abortions” as of April 22. Wow, 600-plus dead babies in a week? Science is amazing, isn’t it?

Not all folks find this peachy, of course. According to the piece, some appalled Republican senators have introduced “a bill to ban telemedicine abortion” because its growth is so “significant.”

Though “TelAbortion” is trending because of the current coronavirus shutdowns, it has been FDA-approved for the last 20 years. It is regulated to the point that the “first drug in the two-medicine regimen” (mifepristone) is “dispensed in clinics or hospitals by specially certified doctors or other medical providers.”

The loophole that “TelAbortion” exploits is that the FDA doesn’t require in-person consultation between patients and doctors, so women can go to a clinic to have a virtual meeting with “certified doctors based elsewhere” or just have those virtual meetings in their homes or wherever the internet makes it possible.

One woman even “conducted her video consultation while sitting in her car in the parking lot of the hardware store where she worked.”

Though doctors have to be licensed in states where the medication is mailed, they don’t have to practice there; likewise, patients do not have to live in states where the procedure is practiced, but they need to be in one for the video conference and provide an address in that state for mailing pills.

So, it’s not perfect ease of access, but you know lefties consider this to be pretty innovative. Yeah, innovative in the way Nazi doctor Josef Mengele was “innovative.”