Chelsea Handler thinks she’s the arbiter of race these days. After all, she does live in the most moral community on earth -- Hollywood, of course -- and actually has a major streaming series dedicated to helping white people check their privilege. If only that expertise could help her avoid tweeting statements similar to Kanye West’s infamous “George Bush hates black people” about Trump. 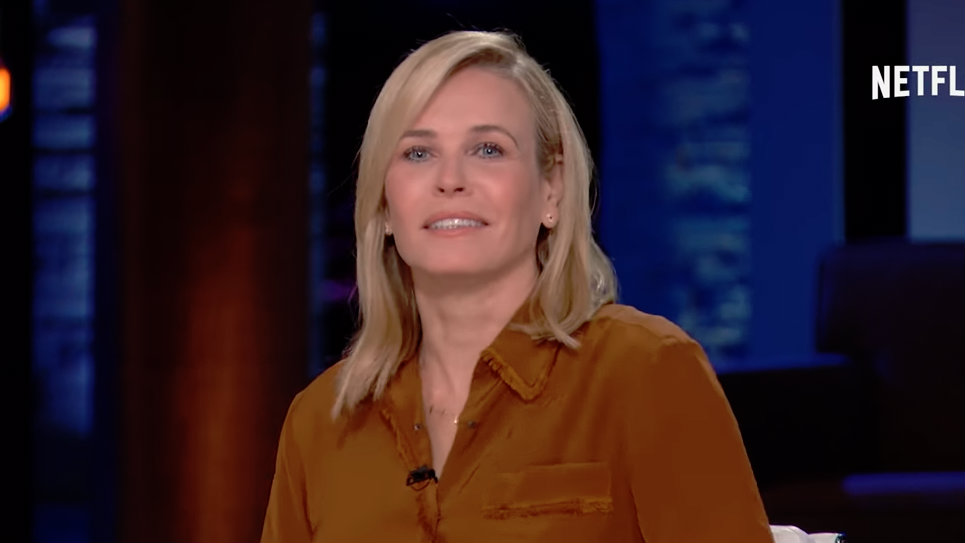 The comedian and star of the Netflix series, Hello, Privilege, It’s Me Chelsea, stepped in it when she accused President Donald Trump of racism when it came to his recent slew of 11 presidential pardons and sentence commutations for prisoners. Though, several Twitter users swiftly corrected her.

On Tuesday, the tone deaf Handler tweeted, “While our president exonerates criminals and releases them from jail, notice what color they all are.” Wow. Not one of her best moments. Of course, Handler‘s so bought into the media narrative that the president is one big racist piece of garbage that she was willing to bet her reputation on the claim that Trump doesn’t pardon people of color.

Soon after Handler’s post, the most glaring evidence against her came from Angela Stanton King. King, an African American woman who “served time for her role in a stolen vehicle ring,” reminded the comedian that the president commuted her sentence. She tweeted at Miss Handler, “I’m BLACK.” Ouch, Chelsea. That’s enough to at least warrant an apology.

Several other Twitter users reminded the left-wing nutjob that the president’s recent pardon list was waaay more diverse than she had presumed. Breitbart provided the exact number on how many of the 11 were white vs people of color:

“Of the 11 individuals who received a presidential pardon or commutation, at least three, or 27 percent, count as racial minorities. The racial minority population in the U.S. is estimated at around 23 percent, according to 2010 census figures.”

Oh, so, it’s pretty much the same ratio - actually, higher - as the actual country’s actual demographics? It seems as though the Trump administration made these decisions bulletproof.

Media producer and Twitter conservative Robby Starbuck informed Handler of her error. Along with photos of the minority folks pardoned by President Trump, he tweeted, “This is @theangiestanton, Tynice Hall & Crystal Munoz. All were granted commuted sentences or a full pardon.”

Starbuck added, “He did 11 commutations or pardons today. Out of 11, 7 looked white (63%). Whites (including white hispanics) account for 77% of the population. You’re ignorant.”

Senior Adviser to the Trump re-election campaign Katrina Pierson blasted the comedian as well, tweeting a graphic about how 91% of all those with pardoned/commuted sentences under the First Step Act have been African American.

Clearly, President Trump doesn’t hate African Americans. If anything, Chelsea Handler might lack respect for them by telling everyone to "notice what color [criminals] all are."