Turns out Harry Potter author J.K. Rowling might not be as progressive as she thought. Recently, the fantasy writer angered radical LGBTQ folks on social media for tweeting a defense of a person fired for believing that there are only two genders. The author has since been called a “transphobe,” or more specifically a “TERF” (trans exclusive radical feminist.) 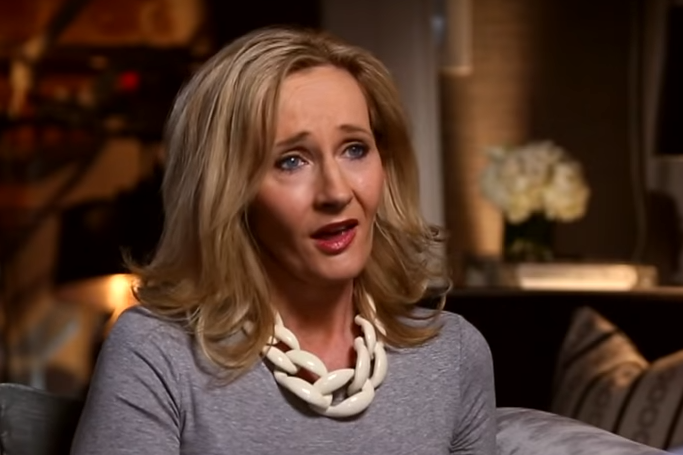 For a woman who was once so woke that she officially altered the sexuality of one of her series main characters to appease lefty fans, this is a bit jarring.

On Thursday morning (U.S. time of course, it was probably afternoon tea for the British writer) Rowling tweeted the politically incorrect blunder. “Dress however you please. Call yourself whatever you like. Sleep with any consenting adult who’ll have you. Live your best life in peace and security. But force women out of their jobs for stating that sex is real? #IStandWithMaya #ThisIsNotADrill."

The first four points? Bravo, that’s some good contemporary feminism.The last point? So unwoke that the noise it generated on Twitter had the author trending at number one for some time — even just after Donald Trump's impeachment.

The author’s last line constituted her support of one researcher's stance on gender being a real, unchangeable thing — which of course for modern libs, is heresy. Maya Forstater, a researcher for the U.K.s Centre of Global Development was let go earlier this year for her “belief that there are two biological sexes which cannot be changed.” Forstater challenged her former company in court but as Metro.co reported, “employment Judge Tayler ruled that Forstater’s view ‘is incompatible with human dignity and fundamental rights of others."

According to the court’s decision, Forstater was called a “sexual absolutist” and it was ruled that her beliefs on gender were not “protected by the Equality Act 2010.”

Absolute insanity. But such is the scourge of social justice. The ruling was so disgusting that even the woman who retroactively turned Dumbledore gay to appease her LGBTQ fans found limits in her PC code of ethics. And the internet let her have it.

Infamous trans women cycler, Rachel McKinnon, or more accurately, the biological male who won a woman’s cycling championship in 2018 (yeah, cuckoo) blasted Rowling almost immediately. The enraged trans person (who goes by “Dr. Veronica Ivy” on Twitter) took a photo of Rowling’s tweet and condemned it saying, “Just so it's clear, Maya Forstater lost her court case: transphobic hate speech is not protected speech. J.K. Rowling is standing for transphobia. Is she a 'transphobe'? That's for you to decide.I will state the obvious, though: Rowling engaged in transphobic behavior.”

This opened a deluge of rebukes from Twitter progressives angry at Rowling’s insensitivity. One mocked her with her book titles: “Harry potter and the transphobe’s stone” and “Harry potter and the chamber of transphobes.” LGBTQ advocate and “trans-inclusive feminist” Amanda Jette Knox brought her daughter into it, tweeting, “My daughter, who is trans, is a big fan of yours. It breaks my heart to see you post something indicating that discrimination against her is perfectly fine behaviour for an employee.”

Yes, the left has completely sold out to this lunacy and the fact that someone as previously woke as Rowling is getting heat for this speaks volumes. She can now join the former progressive club that tennis legend Martina Navratilova and comedian Ricky Gervais have been thrown in.