Tsk tsk, Hillary. The former presidential candidate is taking heat for her response to old rumors about her being a lesbian. Madame Clinton’s firm denial that she has “never” been tempted to dabble in homosexuality angered a member of the LGBTQ community for making the lifestyle out to be something “salacious.” 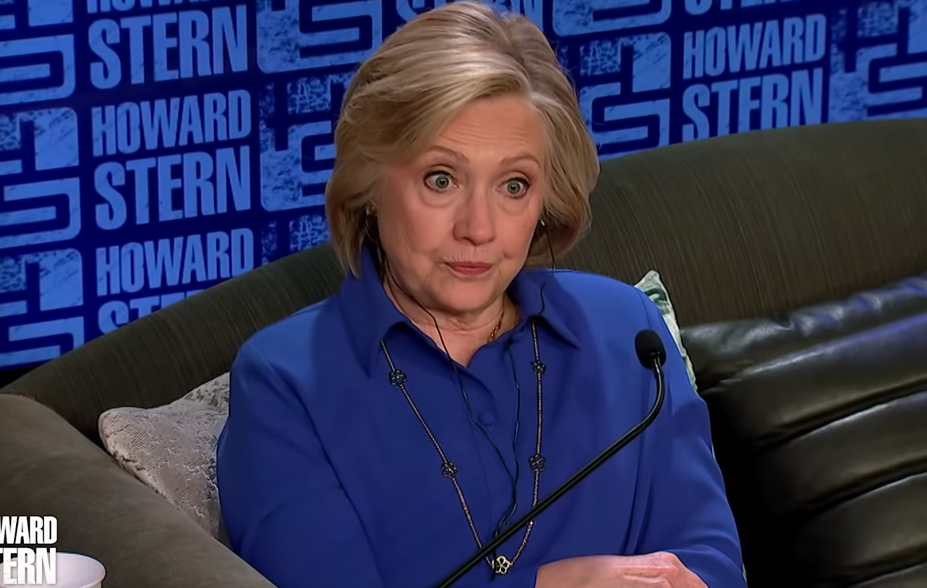 And while we’re not bashing her for her sexuality, it’s a hilarious predicament for the woman who fancies herself a de facto leader of the left.

During an interview with infamous radio host Howard Stern, Clinton mentioned her relationship with Bill Clinton and discussed all the usual romantic stuff, like how he seemed like a “Greek god” at the time (yes, this was a problematic interview) and how she would’ve done anything for him (y’know like cover up his sex scandals.) The interview then took a turn for the weird when she volunteered that she was straight, and most definitely not lesbian.

“Contrary to what you may hear, I actually like men,” she affirmed. Stern, always down for these juicy epithets, pressed her on it. “Raise your right hand. You’ve never had a lesbian affair?” he asked her to swear. She responded, “Never even been tempted, thank you very much.”

Hmmm, that’s a bit snarky from coming someone deeply committed to the radical left and LGBTQ politics.

To think she’s laughing at the prospect of girl-on-girl action? As a maybe, possibly, Democratic 2020 hopeful? For Queer journalist Trish Bendix, Hillary’s flippant response seems to denigrate the all-hallowed notion of same-sex attraction.

Bendix, a member of the National Lesbian and Gay Journalists Association told NBC News that she was “disappointed” by Hillary’s answer to the rumors. “It’s so frustrating when public figures like Hillary feel the need to dispel lesbian rumors in a way that equates lesbianism or queerness with salaciousness,” she claimed.

Bendix clarified that it was Hillary’s use of the word “tempted” that really annoyed her, adding that it’s unnecessarily “damaging to others.” “I think there’s a way to refute untrue ideas about one’s own identity without saying something damaging to others,” she claimed.

This is not the first time Clinton has been accused of being tone deaf when it comes to talking about the LGBTQ community. During an interview with UK outlet Sunday Times in October, the former U.S. Secretary of State admitted confusion after being prompted with a question on whether a “person with a beard and a penis can identify as a woman.”

While her daughter Chelsea replied “Yes,” Hillary stumbled, claiming, “Errr, I’m just learning about this. It’s a very big generational discussion, because this is not something I grew up with or ever saw.” Ouch, she’s not quite up to date is she? She added, “It’s going to take a lot more time and effort to understand what it means to be defining yourself differently.”

Former ThinkProgress writer Zack Ford blasted Clinton’s lack of wokeness as “transphobia” on Twitter and urged fellow LGBTQ activists to drop her as an ally for the social justice heresy. He tweeted, “We really need to push back on this 'some cis women are uncomfortable around trans women' narrative and call it out for the transphobia it is.”

Yep, Clinton’s from that old school where the current LGBTQ apparatus would’ve been uninmaginable even for a radical lefty at the time. We would feel sorry for her, but then again, it's Hillary.