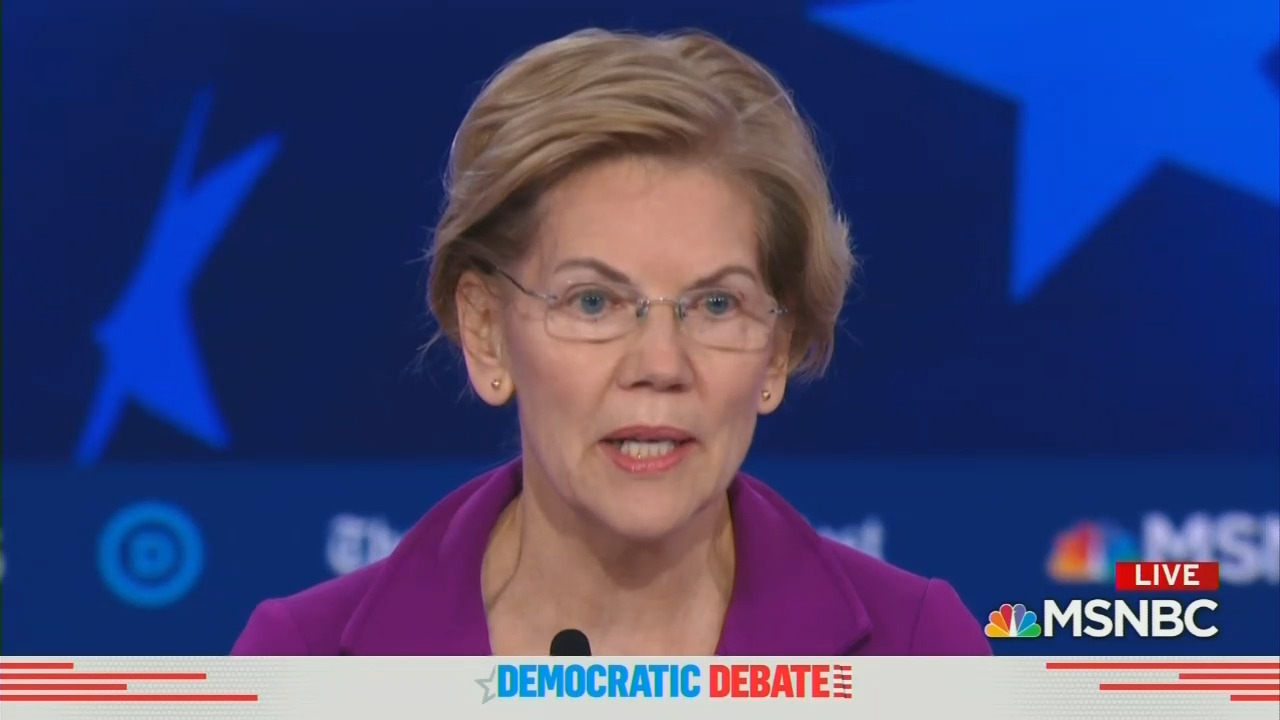 There’s nothing like a little hardcore abortion talk at a DNC debate to get Hollywood types riled up. After Senator Elizabeth Warren (D-MA) claimed that abortion was a “human right” at the fifth DNC debate, comedian Sarah Silverman applauded her - because what’s more desirable than the idea that humans are born free to kill their own kids?

Debate moderator and MSNBC pundit Rachel Maddow introduced the evening’s first question on murdering unborn children, asking the Democratic candidates how they would combat pro-life legislative efforts: “Right now, Roe vs. Wade protects a woman's right to abortion nationwide. But if Roe gets overturned, and abortion access disappears in some states, would you intervene as president to try to bring that access back?”

Senator Amy Klobuchar (D-MN) was the first candidate to answer, insisting the best option to protect a woman’s right to slaughter her unborn child would be to “codify Roe v. Wade,” ensuring greater national protections for a woman's right to choose.

Though, the most calculatedly insane and thus most celebrated response belonged to Senator Warren. In response to Maddow’s question of whether the party has “room” for pro-life Democrats like Louisiana Governor John Bel Edwards, the Democrat party frontrunner refused to mince words, saying straight up, “Abortion rights are human rights.”

Yes, the ability for a mother to eviscerate her child is now a fundamental human right in the eyes of these folks, and to think Warren is the top billing in a major political party. Warren still had more to say in defense of the disgusting procedure: “I believe that they are also economic rights. And protecting the right of a woman to be able to make decisions about her own body is fundamentally what we do and what we stand for as a democratic party.”

Warren had the nerve to insist that her stance on this monstrous issue was the right thing for “poor women,” “girls,” “women who don’t know they’re pregnant” and girls “molested by an uncle.”

“I want to be an America where everyone has a chance.” That’s rich.

But for the far left, especially the usual suspects in Hollywood, this destruction of human life is the bare minimum when it comes to policy. Hardcore lefty comedian Sarah Silverman took to Twitter to voice her approval for Warren’s pro-abortion perspective.

Silverman tweeted, “Thank you @ewarren for saying that the government has NO PLACE telling anyone what they can or can’t do with their body #DemDebate.” Well, it was clearly more than that. Warren’s arguing that the government should protect people’s right to an abortion like it should protect their right to property. Except who knows if Warren even believes in the latter anymore.