House Speaker Nancy Pelosi has been doing a lot of IMPORTANT work in past week. You know, postponing a bipartisan gun control compromise, risking the credibility of her entire party over a shaky at best impeachment initiative, and hanging with super flamboyant queer TV star Jonathan Van Ness while the Republic is in turmoil. 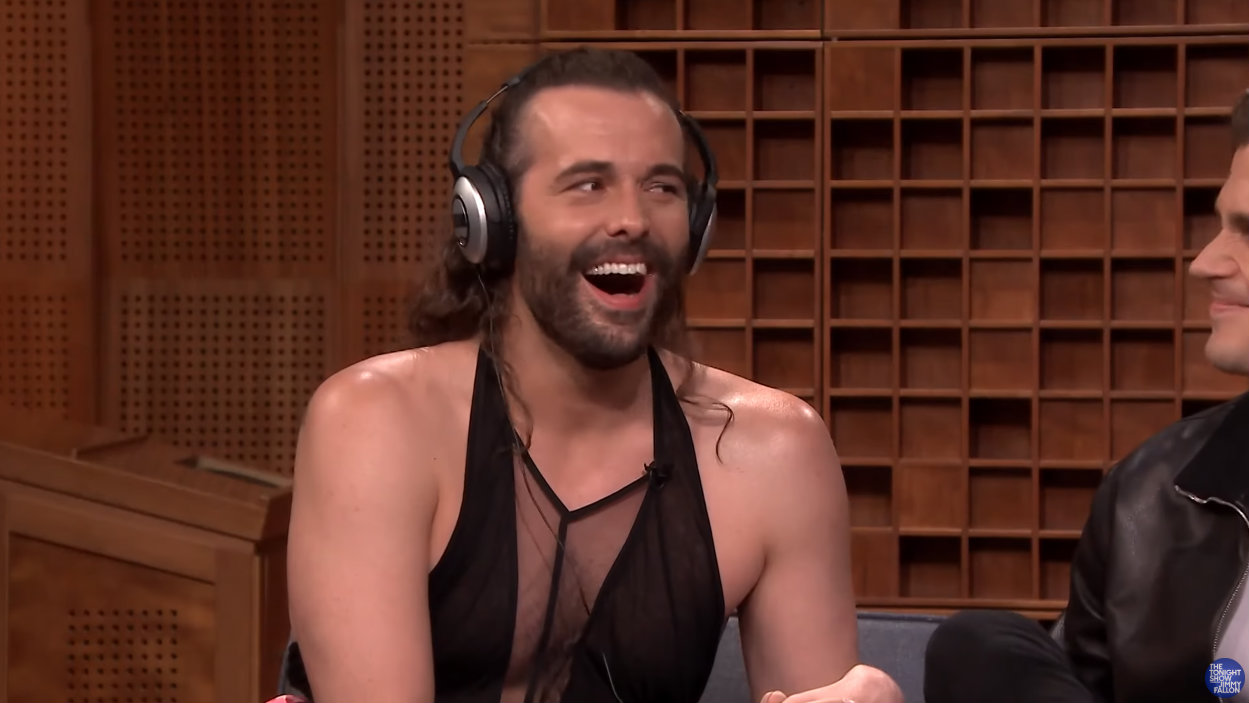 But she’s San Fran Nan, so kissing the fabulous rings of the Queer Eye squad for Instagram photos probably counts as constituent relations.

Huffington Post documented the high profile meeting between Pelosi and crossdressing’s head of state, Van Ness on Thursday as they met to sip mimosas, spend the day in the spa, and sashay down the halls of the Capitol building. Well, not really, but the two California natives did meet over something about as stupid and frivolous, the Equality Act.

In a Thursday social media post from the star of the popular Bravo network show, Van Ness describe meeting with “with @speakerpelosi & @reprobinkelly to talk about access to Prep, living with HIV, and the EQUALITY ACT with @humanrightscampaign.”

Pelosi herself has championed the legislation, having introduced the bill back in May. According to HuffPo, the Equality Act “would extend nondiscrimination protections to LGBTQ individuals in credit, education, employment, housing, federal financial assistance, jury service and public accommodations.”

Of course, like everyone in entertainment, voters often ask the question, “Well that makes sense. Who would be opposed to E-QUA-LI-TY?” Unfortunately, there are some dark implications to the legislation that The Heritage Foundation reminds us “most Americans don’t want.”

The conservative think tank enumerated the various “profound harms” that the bill would cause to “Americans from all walks of life.” The act would penalize folks who don’t “affirm new sexual norms or gender ideology,” would compel speech, as in the case of mandating non-binary pronouns, it would allow “biological males” to compete in women’s sports, and enforce transgender bathroom policy that would “enable sexual assault,” to name a few.

Van Ness, who’s made recent headlines for revealing he is HIV positive, posted a photo of him and Madame Speaker after their discussion on Instagram. In the caption, the style consultant stressed Pelosi’s desire to pass the Equality Act and passed along her instructions to get voters to urge Senate Majority Leader Mitch McConnell to bring the bill “up to vote.” He added the athe act would defend “people from the discrimination we would face if the Supreme Court rules in favor of the Trump Administration and Justice Department petition to be able to allow employers to FIRE LGBTQ people based on sexual orientation and gender identity.”

Oh sure. Too bad the reality is that this bill is about getting normal Americans to bend to the will of bearded crossdressers. Thanks, Nancy. You definitely have got your priorities straight these days.