‘Get The Hell Outta Their Way’: Harrison Ford Puffs Climate Kids at UN

It’s climate change hysteria week and all the best in melodramatic, manipulative, and grotesque activism has been put on display for Mother Earth. Most notably,16-year-old climate activist Greta Thunberg’s dramatic meltdown at the U.N. went over about as smoothly as Harrison Ford landing a Cessna. 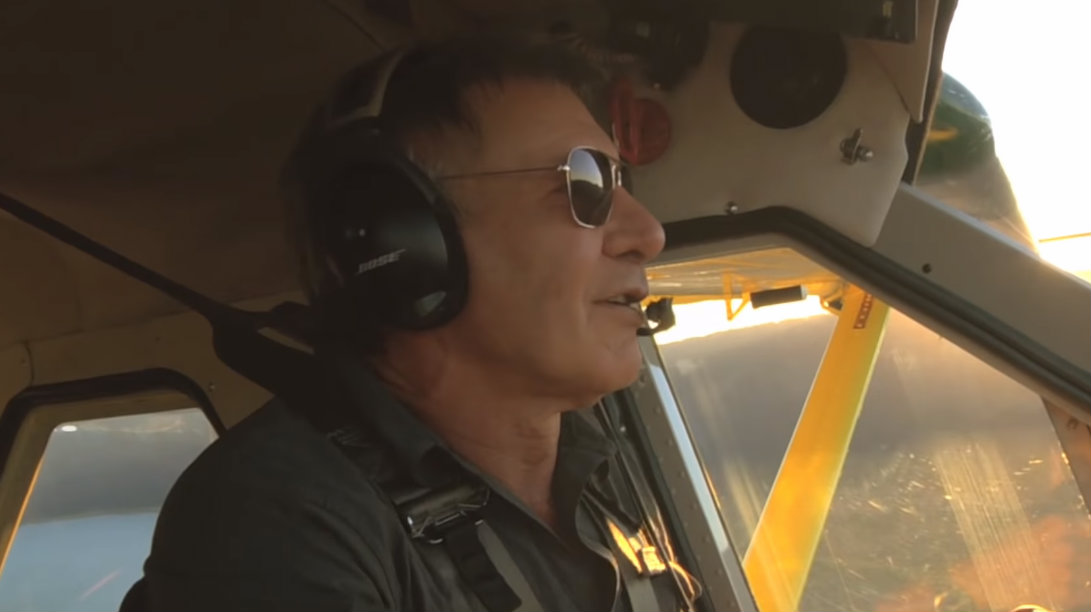 Speaking of which, Han Solo himself was also among the climate scolds in Turtle Bay, giving a speech hailing the young climate change activists’ “moral army.”

Ford’s particular rallying cry was saving the Amazon rainforest. He began by recounting that musician Sting “held a concert to save the Amazon right here in New York,” and now it’s 30 years later and “we’re still talking about it.” Sting’s opinion? Well that’s quite the precedent. Clearly Harrison shares the artist’s legendary self-importance.

Harrison explained that “the world’s largest rainforest” is “crucial to any climate change solution for its capacity to sequester carbon, for its biodiversity, for its fresh water, for the air we breathe.” And yes we too have grown up with National Geographic specials and the occasional Captain Planet episode, so don’t think we don’t care. However, Ford lamented that “it is on fire” and we aren’t doing anything.

Just several weeks ago, during the G7 summit, accusations were thrown around that the current fires in the Amazon were unprecedented and that climate change denier Brazilian president Jair Bolsonaro’s cutting of environmental regulations resulted in “millions of Notre-Dames, high cathedrals of terrestrial biodiversity, burning to the ground.”

Forbes called this misleading, claiming that while current Amazonian fires are higher than last year, they aren’t nearly as high as in previous years and only seven percent more than the average fire rate. But the media and celebs slammed skeptics as deniers and preached about the wanton destruction of the “lungs of the world.” Too bad that, as Forbes stated, current fires are “not exceptional.”

So yes, Harrison Ford is technically correct that there are fires, but actual researchers assure us that the “present moment does not justify global hysteria.” Sadly though, Harrison’s speech was all about justifying global hysteria, especially that of young climate activists like Swedish child Greta Thunberg.

He claimed, “There is a new force of nature at hand, stirring all over the world … the young people whom, frankly, we have failed, who are angry, who are organized, who are capable of making a difference.” They are a “moral army,” and the “most important thing that we can do for them is to get the hell out of their way.” Though why don’t you focus on you, Han? We know your game: say everything you want these kids to hear so that when push comes to shove they’ll forget you still like your expensive steaks or about that aviation hobby you love so much. You’re the one killing the planet!