“Ding Dong the Witch Is Dead” seems to be part of progressives’ commute playlist this morning, as news of the death of their political donor boogeyman, David Koch, reverberated around the internet. Several left-wing celebs jumped to Twitter to celebrate the billionaire philanthropist’s death, as he was a major donor to the Republican Party. Too bad the man was probably one of the left’s better friends across enemy lines for his support of abortion and same-sex marriage and opposition to President Trump in conservative circles. 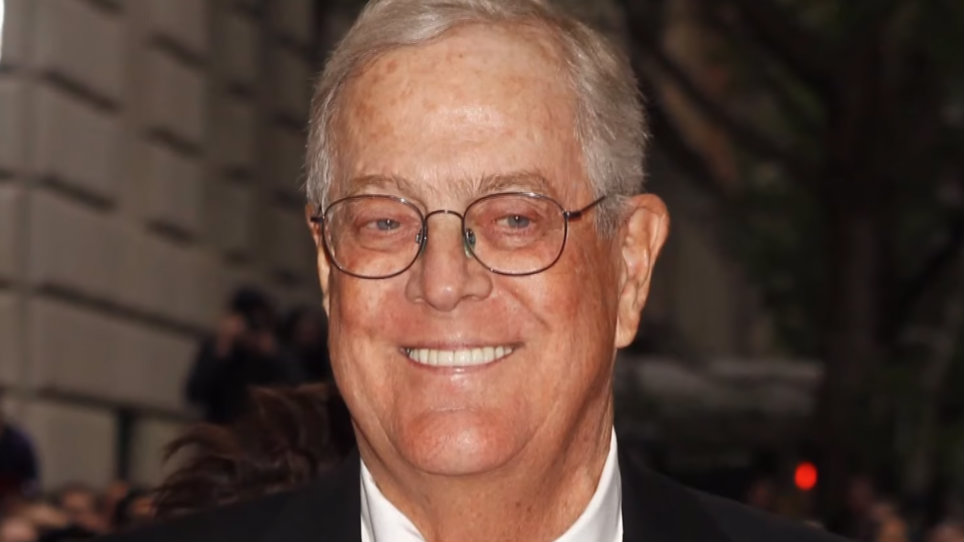 But dance away on that grave, dummies.

Author of A Child’s First Book of Trump and Comedian Michael Ian Black began his morning mocking Mr. Koch’s death with some pointed line about the gentleman’s political donations. He tweeted, “In lieu of flowers, the family of David Koch requests that mourners simply purchase a Republican politician.” Hearty guffaws must have ensued.

He also made some snide remark to Daily Wire founder Ben Shapiro’s tweet lamenting the hate Koch was receiving in death. Shapiro called it a “perfect example of how poisonous our politics have become,” and Black jumped right in to prove it. He tweeted, “Personally, I have a tear in my eye, although that might just be smoke irritation from the Amazon rainforest burning because of that fucker’s climate denialism.” Remember kids, if you’re not posting pictures of yourself crying about the rainforest, can you even claim to be a compassionate person?

Star Trek legend George Takei went there too, though he played it less tongue-in-cheek. Takei tweeted about the Koch legacy and wealth being meaningless, writing, “You have all that money, but it cannot change the ending. Do good in the world with your time here on it. That is all I will say.” Though, he did add a mocking, “Oh, and thoughts and prayers,” at the end of his little spiel. That’s ice cold, George. The jury’s out and you’re definitely a badass.

Except David Koch actually did more good than you ever will. He pledged $1.3 billion to cancer research, The Metropolitan Museum of Art, and the Smithsonian. MIT’s cancer research facility is named the Koch Institute for Integrative Cancer Research. “Other major recipients included Johns Hopkins, Stanford University Hospital, the Mount Sinai Medical Center, and the Hospital for Special Surgery.”

Koch also made “contributions to the United Negro College Fund” which “helped many African-American students who couldn't otherwise afford it to ‘come to these great [historically black] colleges.’” But he gave to conservative politicians, so he must suffer.

Stand up comic and writer for our favorite late night host Samantha Bee, Mike Drucker paid his little contribution to the schadenfreude. His first tweet likened David Koch to billionaire villain Lex Luthor, stating, “Sad to see David Koch died before realizing his life goal to kill Superman.” Very clever. Then he tweeted, “First Epstein dies, then David Koch. This is the first time I’ve been super psyched for the rule threes.” Here’s to hoping some more people die.

In response to popular Youtube creator Joey Salads’ rebuke of the insane rhetoric, Sheridan got apocalyptic with it, tweeting, “Hope your grandchildren enjoy the scorched ravaged hellscape of earth that the Koch bros helped create by funding climate denial for pure personal greed.” Geez, dude. Take a few deep breaths, why don’t you?