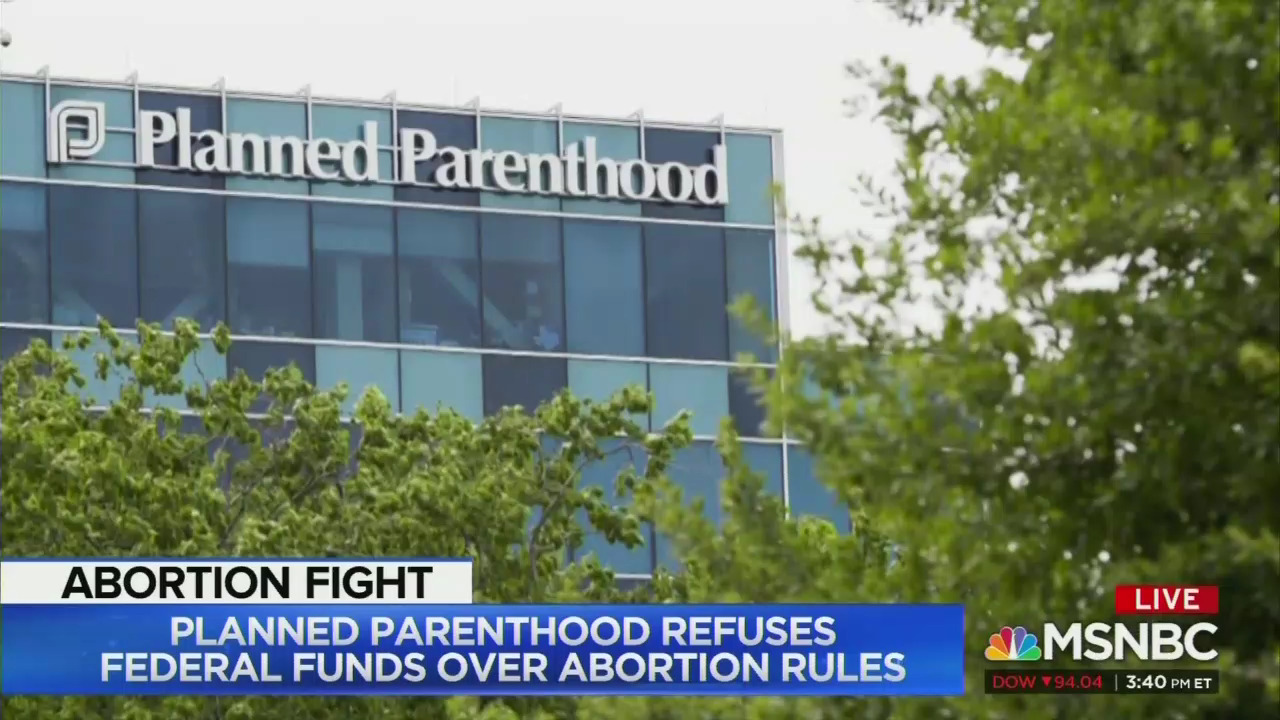 Ah, Teen Vogue, long gone are the days when the fashion mag aimed at teens would do what fashion mags aimed at teens were supposed to; like selling make up or teaching girls about cute back-to-school clothing and accessories. Now the kid-friendly edition is all about selling weird gender politics and radical pro-abortion propaganda. Case in point: the outlet just published a story about the government-funding cataclysm that has just befallen the abortion giant Planned Parenthood.

After all, kids need to be groomed into the fear that abortion might be outlawed by the time they grow up. Chilling.

Teen Vogue told progressive-minded youngins’ that the Trump administration took a “giant leap forward” in quashing reproductive rights by banning “Title X family planning providers from referring patients for abortion care.” This means Planned Parenthood would have to cut out it’s abortion procedures and establish healthcare clinics without abortion facilities in order to stay on the Title X government dole. On August 19, PP pulled itself out of the government-funded program rather than distance itself from abortion.

The outlet reiterated acting Planned Parenthood President Alexis McGillis’ statement that “We will not be bullied into withholding abortion information from our patients. Our patients deserve to make their own health care decisions, not to be forced to have Donald Trump or Mike Pence make those decisions for them.” Sure, Planned Parenthood is ever the victim, and progressive kiddie outlets behoove themselves to parrot the lie that President Trump is inflicting harm on women’s rights. Too bad that's not the truth of the matter.

The big lie here that the liberal media has been unilaterally pushing is that this is specifically a new Trump admin “rule,” one that Jessica Marcella, president of the National Family Planning & Reproductive Health Association, called “unlawful.” She told Teen Vogue that Planned Parenthood has been forced “into the very difficult decision” to pull out. But according to folks with actual legal knowledge, PP as it currently operates, should’ve never been receiving Title X funds in the first place.

As National Review columnist John McCormack explained on Monday, the Trump administration is “is merely enforcing the plain meaning of the 1970 law that established Title X.” Since 1970 that law stipulated, “None of the funds appropriated under this title shall be used in programs where abortion is a method of family planning.”

President Trump’s media-hyped gag rule is not the cruel new measure that Teen Vogue is using to scare budding SJWs, but his administration's enforcement of what Title X had required since the beginning. McCormack added that “this provision of the law was not enforced in the 1970s and 1980s,” and that by the time enforcement was upheld by the Supreme Court, President Bill Clinton was elected and let PP stay within the program.

So, if anything, PP has been taking advantage of Title X provisions for decades and milking the propaganda so that people believe the abortion giant has been doing the right thing. Those angered by the new “gag rule” should direct their anger at PP for lying and taking advantage, but that won’t happen considering our media’s love affair with the baby-killing giant, going so far as to sell the lies to impressionable teens in order to mask PP’s subversion of the law.